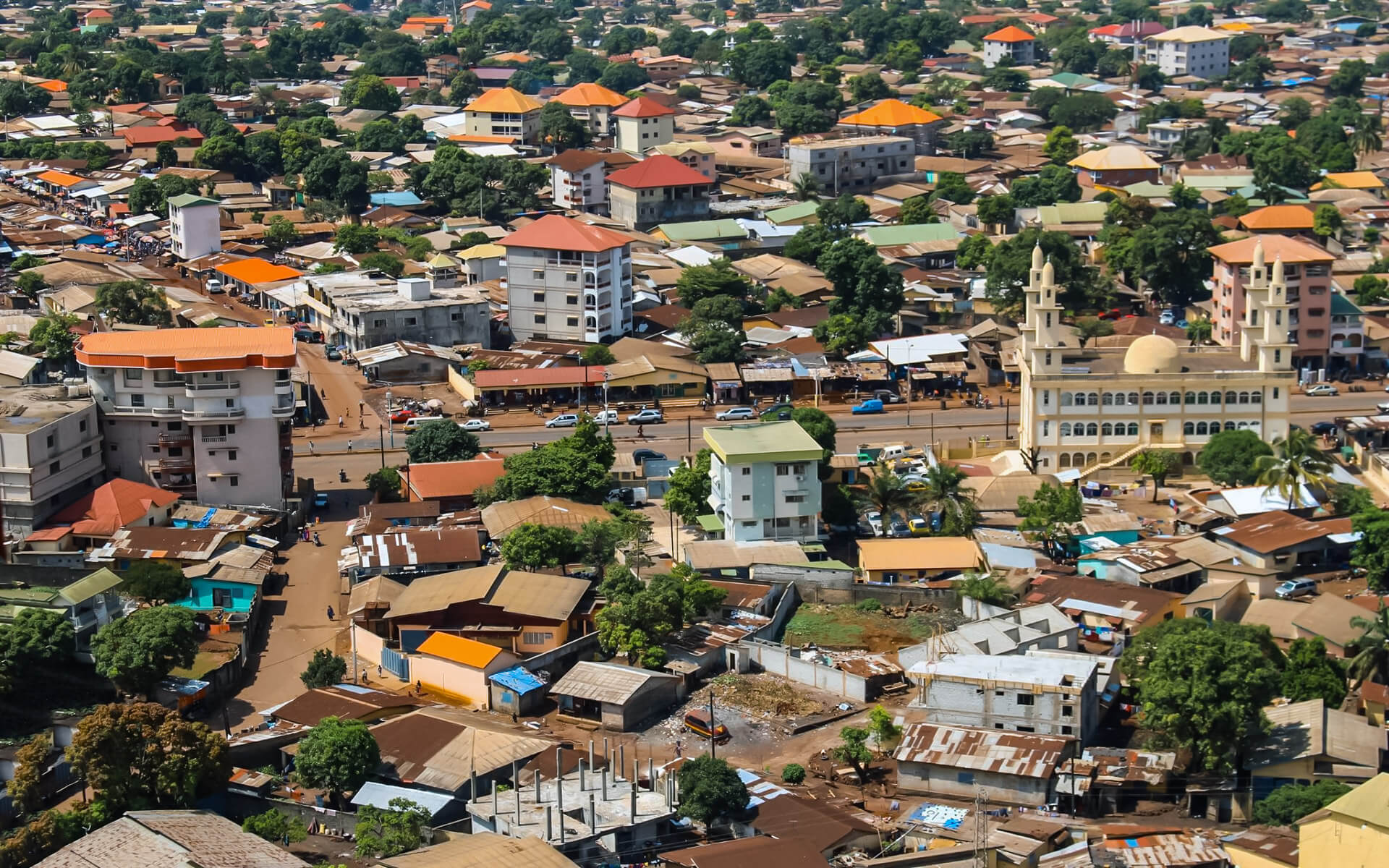 How To Travel To Conakry

How To Get Around In Conakry

Guinea’s capital and biggest city is Conakry. Conakry, Guinea’s commercial, financial, and cultural capital, is a port city on the Atlantic Ocean.

Conakry’s present population is difficult to determine, however the US Bureau of African Affairs estimates it at 2 million. Conakry is estimated to house over a quarter of Guinea’s population.

Visiting the adjacent Îles de Los (Loose Islands), which have beautiful beaches and lush woods, is a popular option to get away from the city. The fish market behind the Novotel Hotel is where the boats depart.

The Grand Mosque of Conakry. It was built in 1982 by Guinea’s first president, Ahmed Sékou Touré, and is one of Sub-Saharan Africa’s biggest.

Guinea’s National Museum is located in Conakry. In 1960, soon after the country’s independence, it was founded. It offers exhibits about Guinea’s anthropology and prehistory, as well as a large collection of masks and fetishes, as well as a variety of art.

Conakry Botanical Garden is a botanical garden in Conakry, Guinea. Monument du 22 Novembre 1970 is known for its kapok trees. The triumph of the attempted coup led by Portuguese forces in 1970, known as Operation Green Sea, is commemorated.

Waterfalls of Soumba (Two hour drive out of the city a short distance past Dubreka). To build up an appetite, go for a swim. There is also a restaurant where you may have a delicious lunch while listening to the roar of the river.

The climate of Conakry is tropical monsoon.

There are two seasons in Conakry: rainy and dry. Conakry’s dry season, like that of most of West Africa, is affected by the harmattan wind, which blows from December to April. As a consequence, the city receives very little precipitation throughout these months.

Guinea’s main city, Conakry, serves as the country’s administrative, communications, and economic hub. The port, which has sophisticated facilities for processing and storing goods and through which alumina and bananas are delivered, is crucial to the city’s economy. Food and building materials are examples of manufactured goods.

Since early 2002, inhabitants of Conakry have had to deal with regular electricity and water outages. Officials from the government and power companies blame the drought of February 2001 for a breakdown of the capital’s hydro-electric supply, as well as old gear for the crises’ persistence. Mismanagement, corruption, and the departure of the power agency’s French partner at the start of 2002 are among the government’s critics. As of 2007, most of the city’s traffic lights was turned off throughout the night.

How To Travel To Conakry

Flights from Europe are available daily from Paris by Air France and three times a week via Brussels Airlines. Most West African cities are served by domestic carriers; Casablanca and Dakar both have many daily flights and good additional connections.

How To Get Around In Conakry

Conakry is narrow and lengthy, since it is located on a peninsula. Although numerous tourist attractions are located on Tombo Island at the extreme extremity of the peninsula, distances might be lengthy. Taxis are the most convenient mode of transportation for visitors.The Conakry Express, a commuter train that spans...

The city of Conakry is split into five municipal communes:Kaloum is the city's center.Dixinn - home of the University of Conakry and several embassiesRatoma is well-known for its nightlife.MatamConakry International Airport is located in Matoto.

Conakry Grand Mosque. It was built in 1982 by Guinea's first president, Ahmed Sékou Touré, and is one of the biggest in Sub-Saharan Africa.Conakry Botanical Garden.Known for its kapok treesMonument du 22 Novembre 1970. The triumph of the attempted coup led by Portuguese forces in 1970, known as Operation Green Sea,...

Jardin de Chine. It's a safe bet with terrific meals and a charming environment.Mouna Internet Cafe. Has extremely delicious croissants for a quick bite.Le Cedre, 6th Avenue This Lebanese restaurant is a little difficult to locate (near Mouna Internet), but it serves good meals.

Conakry has a number of big marketplaces.Marché Madina - Marché Medina is a market in Conakry, Guinea that is one of the biggest in West Africa. It offers "anything from Chinese kitchenware to indigo fabric" as well as antique publications. It, like Marché du Niger, offers a large variety of fruits...