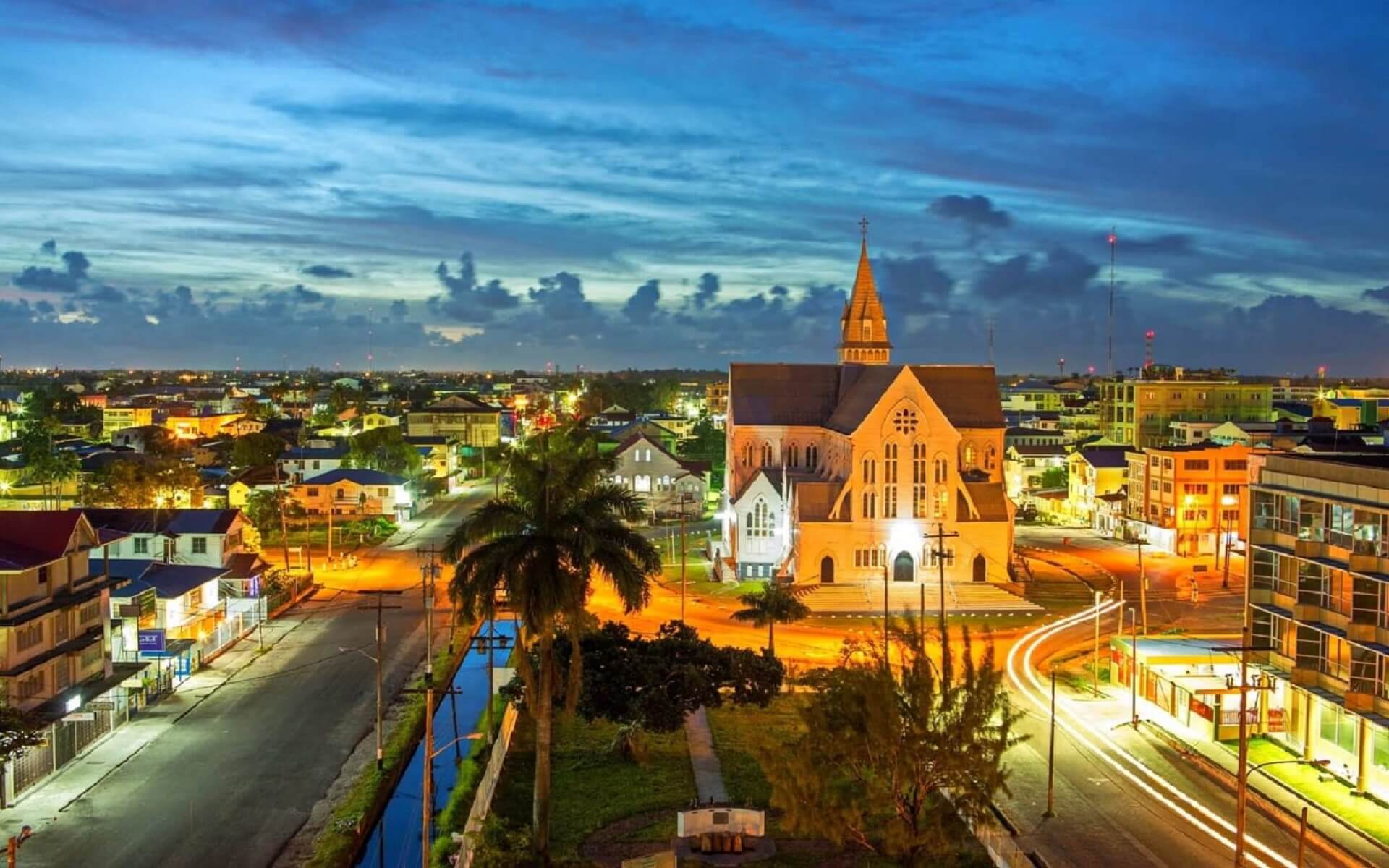 Guinea, formally the Republic of Guinea (French: République de Guinée), is a West African country. Formerly known as French Guinea (French: Guinée française), the contemporary country is also known as Guinea-Conakry to distinguish it from other sections of the same name region, such as Guinea-Bissau and Equatorial Guinea. Guinea has a population of 10.5 million people and a total land area of 245,860 square kilometers (94,927 sq mi).

Guinea is a democratic republic. The president is chosen directly by the people and serves as both head of state and head of government. The unicameral Guinean National Assembly is the country’s legislative body, and its members are directly elected by the people. The Guinea Supreme Court, the country’s highest and final court of appeal, leads the judicial branch.

Guinea is an Islamic country, with Muslims constituting 85 percent of the population. Guineans are divided into twenty-four ethnic groupings. The official language of Guinea is French, which is also spoken in schools, government administration, and the media, but more than twenty-four indigenous languages are also spoken.

Guinea’s economy is heavily reliant on agriculture and mineral extraction. It is the world’s second largest producer of bauxite and has extensive diamond and gold resources.

Human rights are still a contentious topic in Guinea. In 2011, the US administration alleged that torture by security personnel, as well as mistreatment of women and children (such as female genital mutilation), were continuous violations of human rights.

The country takes its name from the Guinea area. Guinea is a traditional name for the African country located near the Gulf of Guinea. It runs north through wooded tropical areas until it reaches the Sahel. The English term Guinea is derived directly from the Portuguese word Guiné, which first appeared in the mid-15th century to refer to the lands inhabited by the Guineus, a generic term for the black African peoples living below the Senegal River, as opposed to the ‘tawny’ Zenaga Berbers who lived above it and were known as Azenegues or Moors.

The nation was at the epicenter of the Ebola epidemic in 2014.

Guinea’s population is estimated to be 10.5 million people. Conakry, Guinea’s capital and biggest city, serves as the country’s economic, commercial, educational, and cultural center. Guinea’s total fertility rate (TFR) was projected to be 4.93 children per woman in 2014.

The Soussou, who make up 10% of the population, live mostly in western regions such as Conakry, Forécariah, and Kindia. The remaining 17% of the population is made up of smaller ethnic groups such as the Kpelle, Kissi, Zialo, Toma, and others. Guinea is home to around 10,000 non-Africans, mostly Lebanese, French, and other Europeans.

Guinea’s Conakry Grand Mosque is one of the continent’s biggest mosques.

Guinea’s population is made up of about 85 percent Muslims, 8% Christians, and 7% indigenous religious believers. Many people, both Muslim and Christian, have indigenous African ideas that they integrate into their worldview.

Guinean Muslims are mostly Sunni, following the Maliki school of jurisprudence and influenced by Sufism, with numerous Ahmadiyya; there are few Shi’a in the country.

Roman Catholics, Anglicans, Baptists, Seventh-day Adventists, and Evangelicals are among the Christian denominations. The government recognizes Jehovah’s Witnesses as active in the nation. A tiny Baha’i community exists. Hindus, Buddhists, and traditional Chinese religious organizations make up a tiny percentage of the expatriate population.

In July 2013, there were three days of ethno-religious violence in the city of Nzerekore.

At least 54 people were killed in fighting between ethnic Kpelle, who are Christian or animist, and ethnic Konianke, who are Muslims and related to the broader Malinke ethnic group. People were murdered with machetes and burnt alive among the dead. After the Guinean military enforced a curfew and President Conde issued a televised plea for peace, the violence subsided.

Guinea’s coastline area and most of the interior have a tropical climate, with a rainy season that lasts from April to November, generally warm and consistent temperatures, and high humidity. Conakry has an average year-round temperature of 29°C (84.2°F) and a low of 23°C (73.4°F), with an average annual rainfall of 4,300mm (169.3 in). The rainy season is shorter in the Sahelian Haute Guinee area, and daily temperature fluctuations are higher.

Guinea is bordered on the north by Guinea-Bissau, Senegal, and Mali, and on the south by Sierra Leone, Liberia, and the Ivory Coast. As it bends from its western boundary on the Atlantic Ocean to the east and south, the country resembles a crescent. The Guinea Highlands are the source of the Niger River, Gambia River, and Senegal River.

Guinea is divided into four main regions: Maritime Guinea, also known as Lower Guinea or the Basse-Coté lowlands, populated primarily by the Susu ethnic group; the cooler, mountainous Fouta Djallon that run roughly north-south through the middle of the country, populated by Fulas; the Sahelian Haute-Guinea to the northeast, populated by Malinké; and the forested jungle regions in the southeast, populated primarily by the Malink The Niger, Gambia, and Senegal rivers all originate in Guinea’s highlands, as do the many rivers that run to the sea on the west side of the range in Sierra Leone and Ivory Coast.

Mount Nimba, at 1,752 meters, is Guinea’s highest peak (5,748 ft). Although the Nimba Massif is a UNESCO Strict Nature Reserve on both the Guinean and Ivorian sides, a section of the so-called Guinean Backbone extends into Liberia, where it has been mined for decades; the damage is visible in the Nzérékoré Region at 7°32′17′′N 8°29′50′′W.

Guinea’s fauna is very varied owing to the broad range of environments. The Guinean Forests of West Africa Biodiversity Hotspot covers the southern half of the nation, while dry savanna woods dominate the north-east. Unfortunately, big animal populations are dwindling and are confined to remote areas of parks and reserves.

Fishing ladies from the Malinke tribe on the Niger River in Niandankoro, Kankan Region, eastern Guinea.

Guinea boasts a wealth of natural resources, including a quarter of the world’s known bauxite deposits. Guinea’s mineral wealth includes diamonds, gold, and other precious metals. Hydroelectric power has a lot of promise in this nation. The only significant exports are bauxite and alumina at the moment. Beer, juice, soft drink, and tobacco manufacturing facilities are among the other industries. Agriculture employs 80% of the workforce in the United States. Guinea was a significant exporter of bananas, pineapples, coffee, peanuts, and palm oil under French administration and at the time of independence. Guinea’s agriculture and fisheries industries have a lot of room for expansion. Large-scale irrigated farming and agro industry are possible due to soil, water, and climatic conditions.

By planeRoyal Air Maroc (RAM) flies to Conakry (CKY) through Casablanca from a number of European cities. RAM offers the sole direct route from Montréal to Africa (Casablanca, with a layover in New York) as well as a number of connections from Casablanca to Conakry (also known as Kry)...

Visas may only be obtained via Guinean embassies; they are not accessible at the borders or at the airport. To enter, you'll also need a yellow fever vaccination certificate.In Europe, a single-entry tourist visa for one month costs EUR110, three months costs EUR150, and six months costs EUR220. A...

Cities in GuineaConakry — capitalBeylaDalaba — Because of its moderate weather and beautiful landscape, this tiny town has been nicknamed the "Switzerland of Guinea."FaranahForécariahKankan — the second cityKindiaLabéMamouOther destinations in GuineaFouta Djalon — Fouta Djalon is a beautiful woodland and farmed valley area suitable for trekking through Fulani...

PolygamyGuinean law makes polygamy illegal. According to UNICEF, 53.4 percent of Guinean women aged 15 to 49 are married in polygamous relationships.MusicGuinea, like other West African nations, has a thriving musical culture. Following Guinea's independence in the 1960s, the ensemble Bembeya Jazz rose to prominence.Cuisinehe most prevalent staple in...

Stay Safe in GuineaGuinea is a dangerous country because it has a history of being one of Africa's most unstable nations, with rampant lawlessness and crime. Officials in military clothes commit the majority of the crimes, which mostly target foreigners. Pickpocketing and purse snatching are the most frequent non-violent...