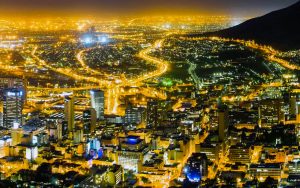 The Ring Road, which runs from the Korle Lagoon in the west to Kwame Nkrumah Circle in the north, east to the confluence of Independence Avenue, and on to Osu, creates a ring around Accra’s oldest neighborhoods and divides downtown Accra from the outer suburbs.

The CBD, which encompasses the historic districts of Usshertown, Tudu, Victoriaborg, West Ridge, and East Ridge, as well as the historic residential neighborhoods of Jamestown, Adabraka, Asylum Down, North Ridge, and Christiansborg/Osu, is located in central Accra.

Despite the establishment of outlying commercial districts like as Airport City across the city, Central Accra remains the administrative and cultural heart of Accra, housing government agencies, hotels, enterprises, and financial institutions.

The Kwame Nkrumah Mausoleum, the National Museum, Independence Square, the National Theatre, and the Ohene Djan Stadium are the main attractions in central Accra.

Northern Accra is both a residential and commercial neighborhood. The “37” Military Hospital, The Flagstaff House, various foreign embassies, Achimota School, Achimota Golf Park, and the University of Ghana’s Legon campus, which acts as Accra’s northern limit, are all located in the region.

Northern Accra is defined as the regions north of Ring Road West and Central, east of Winneba/Graphic Road, west of Liberation Road, and the districts roughly north and south of the Kwame Nkrumah expressway.

Eastern Accra is mostly residential and is located north of Ring Road East, going as far north as the Kwame Nkrumah Motorway; the region is bounded on the west by Liberation Road.

Western Accra is mostly a residential and commercial district. Despite being physically smaller than the northern and eastern sections of the city due to the massive saltponds of Tettegu and Aplaku, it is home to one of Accra’s most notable monuments, the Korle Bu Teaching Hospital.

Accra West refers to the regions west of Ring Road West, reaching as far west as the saltponds and south of Graphic Road.

BY SUV OR CAR WITH DRIVER Accra's top sights are spread out across a pretty large region, so if you can afford the low fees, hiring a vehicle and driver to transport you around is the best option. Travel firms provide drivers who also serve as knowledgeable guides, which is...

National Museum. The National Museum is a must-see for everyone interested in Ghanaian history and culture from antiquity to the present. Clothing, thrones, sculptures, paintings, ceramics, and a range of instruments and utensils used in different rites are among the cultural displays. Each of them is accompanied with an explanation...

Accra museums, with its rich culture and colonial history, give insight into the lives of Ghanaians both past and present. Visitors to Accra may experience the history and cultural exchange given by museums in a handful of places across the city, despite the limited selections. The following are the...

Things To Do In Accra

The La Raceway, which includes a go-karting track, a sports bar, and an entertainment center, is located behind the Trade Fair Centre, near Labadi beach. Harbin's: a bowling alley in Teshie, about 8 kilometers (5 miles) from the city center. Swimming Pools: Sport swimmers may locate a pool at A&C Mall...

Dine at one of Osu's numerous hip eateries. Osu, an Accra suburb, is noted for its nightlife and a diverse range of restaurants, hotels, and entertainment opportunities. Café Dez Amis is a concept lifestyle restaurant located at Osu, adjacent to Jubilee House and the French embassy. From 7 a.m. to...

Makola market, located in Accra's bustling center, has a huge boulevard and many lanes lined with fabric merchants selling items such as wax-print pagnes and embroidered and beaded cotton and tulle for special occasions. Look for wax prints from Ghana Traditional Prints (GTP) and the Akosombo Textile Company, both...

The Oxford Street neighborhood in Osu is the town's busiest entertainment district. There is no dearth of diversity with over a dozen distinct nightclubs (most of them are hidden away along side alleys). Taxi drivers should know where the following are, but if they don't, simply ask a young-looking...

Accra festivals range from the contemplative and quiet to the vibrant, with music, dancing, and local food. Some are suited for children and families, while others are reserved for older audiences, and there are events all year that give everyone a glimpse into Ghana's capital's culture and history. Homowo Festival   Every...