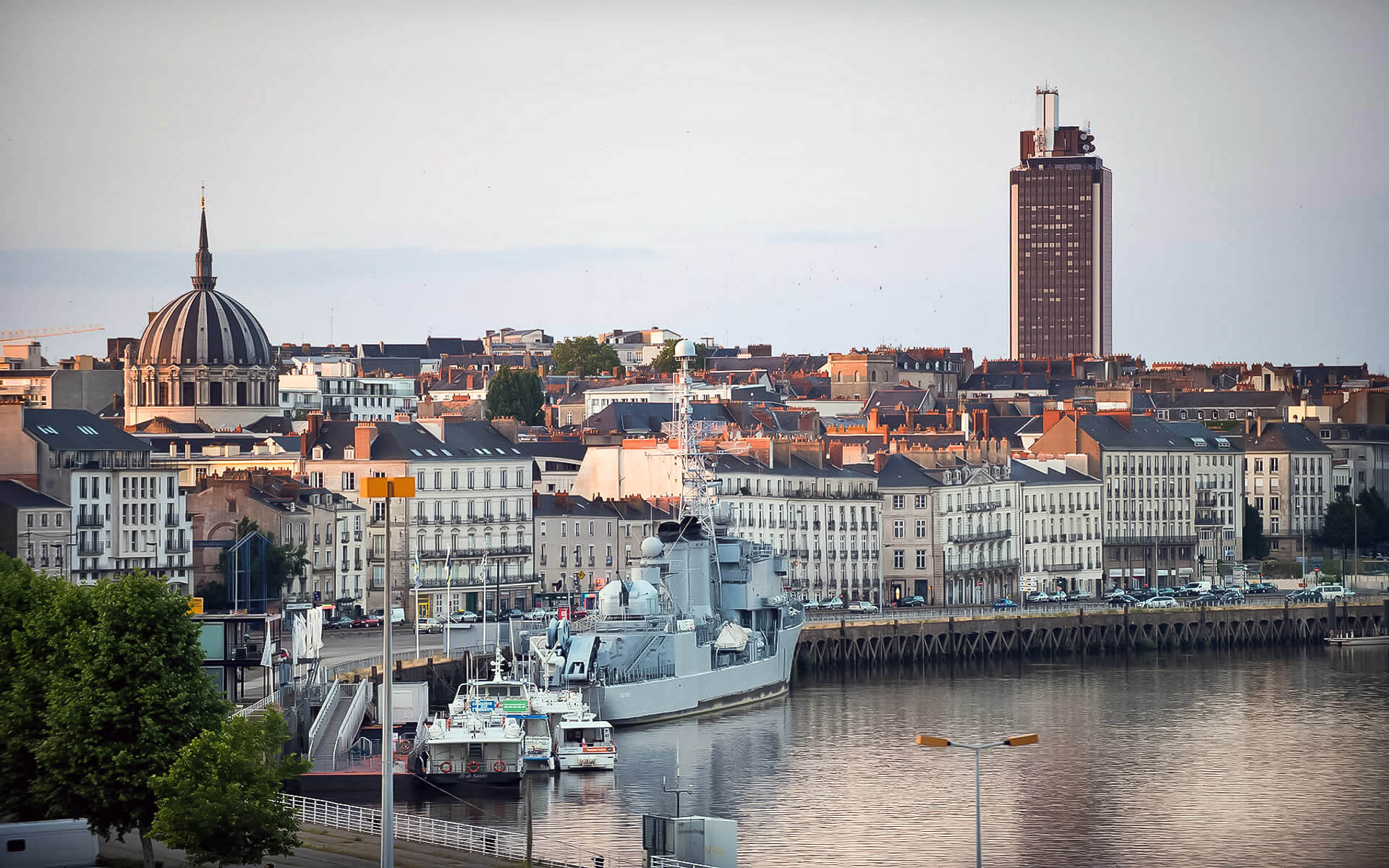 Nantes is a western French city on the Loire River, 50 kilometers (31 miles) from the Atlantic coast. With a population of almost 900,000 people, it is France’s sixth biggest city.

Nantes is the capital city of the Pays de la Loire region and the département of Loire-Atlantique, as well as the biggest city in traditional Brittany and the Grand-Ouest area (northwestern France). It was one of the important cities of the medieval province of Brittany and the historical Duchy of Brittany, together with Vannes, Rennes, and Carhaix. Nantes is still commonly considered as the country’s capital.

The Nantes Tramway opened in 1985, reversing a pattern of tramway closures that had occurred since the mid-twentieth century. The tramway system is one of France’s biggest and busiest. The city also includes a Busway line, which is an innovative and well-known bus rapid transit system. Nantes is serviced by a large French railway station, the Gare de Nantes, as well as an international airport, Nantes Atlantique Airport.

Nantes was awarded “the most liveable city in Europe” by Time magazine in 2004. Nantes was awarded an innovation center city in the Innovation Cities Index by the innovation organization 2thinknow in 2010. For innovation throughout several sectors of the economy, the city was placed 36th worldwide out of 289 cities and 4th in France, behind only Paris, Lyon, and Strasbourg. Nantes was named European Green Capital in 2013 by the European Commission for its efforts to reduce air pollution and CO2 emissions, for its high-quality and well-managed public transportation system, and for its biodiversity, which includes 3,366 hectares of green space and several Natura 2000 zones that ensure nature protection in the area.

Euronantes is the city’s core business area, which is now under construction between Gare de Nantes and on Île de Nantes, and will provide 500,000 square meters of office space, retail space, and upmarket hotels by 2015. Busway line 4 serves the neighborhood at the Cité Internationale des Congrès and Tripode stations.

The GAMMA GaWC rating of Loughborough University in England designated Nantes as a global city in 2012. According to its categorization, Nantes is the fourth most populous city in France (after Paris, Lyon, and Marseille). Nantes rated higher than Porto, Florence, New Orleans, Hanover, and Genoa.

Nantes, approximately 50 kilometers up the Loire River, was formerly an important port. It prospered as a result of its triangle commerce with Africa and the West Indies. Nantes is also well-known for being the birthplace of science fiction author Jules Verne. Rain is common, and even if it’s bright, caution since short but strong storms have been known to strike suddenly. When heading out, always have an umbrella or raincoat. The winters are usually warm.

Nantes has a Western European oceanic climate, with regular rain and cold temperatures throughout year. Autumn and winter days are often wet, with temperatures frequently dipping below zero and moderate snowfalls in the coldest months. Spring and summer days are sunny to overcast, with warm temperatures and sporadic summer hot spells, particularly in July.

Nantes is situated 55 kilometers (34 miles) from the Atlantic Ocean on the banks of the Loire River, near the confluence of the Erdre and the Sèvre Nantaise. The city was founded at a location where many branches of the Loire river produced various islands, but most of those branches were filled in at the beginning of the twentieth century (and the confluence with the Erdre river rerouted and covered) owing to increased vehicle traffic.

Nantes is the geographic center of the land hemisphere (the half of the earth containing the largest possible area of land).

The initial section of the WIFI network includes the city center, the distinctive district, the SNCF railway station, and the Ile de Nantes region. The Nantes WIFI gateway site provides free access to certain useful information sites in the Nantes Métropole (in English and French).

Many pubs and cafés also provide free Wifi to individuals who have a laptop computer. In the windows, look for the WiFi logo.