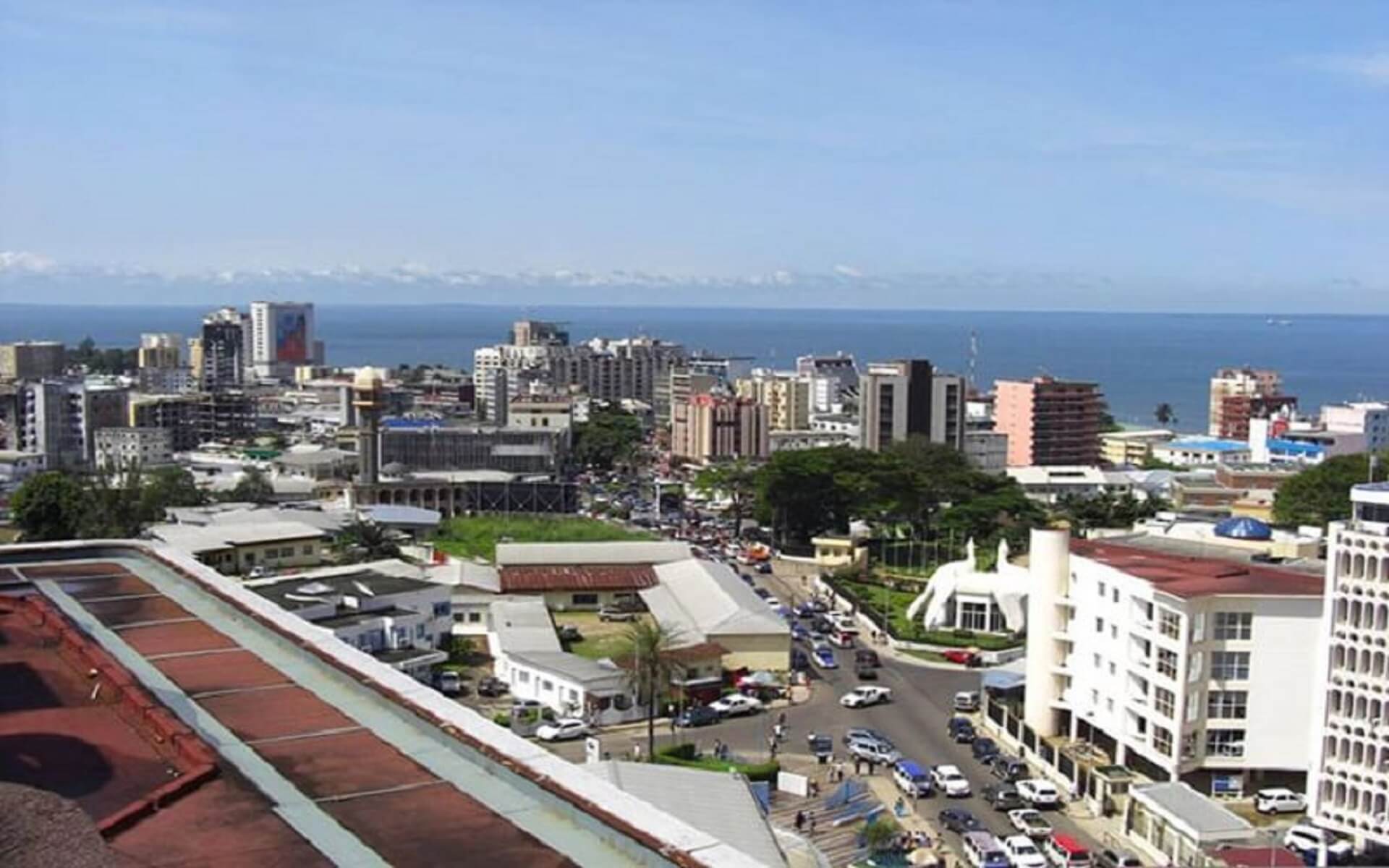 Gabon, formally the Gabonese Republic, is a sovereign state on Central Africa’s west coast. Gabon is located on the equator and is bounded to the northwest by Equatorial Guinea, to the north by Cameroon, to the east and south by the Republic of the Congo, and to the west by the Gulf of Guinea. It has a land area of about 270,000 square kilometers (100,000 square miles) and a population of 1.5 million people. Libreville is the country’s capital and largest city.

Gabon has had three presidents since its independence from France in 1960. Gabon established a multi-party system and a new democratic constitution in the early 1990s, allowing for a more transparent electoral process and reforming numerous administrative institutions. Gabon also served as a non-permanent member of the United Nations Security Council from 2010 to 2011.

Abundant petroleum and foreign private investment have helped Gabon become one of the most wealthy nations in Sub-Saharan Africa, with the fourth highest HDI and the third highest GDP per capita (PPP) in the area (after Equatorial Guinea and Botswana). From 2010 to 2012, GDP increased by more than 6% every year. However, due to income disparity, a sizable segment of the population remains impoverished.

Gabon has a population of around 1.5 million people. Between 1900 and 1940, Gabon’s population declined due to historical and environmental causes. Gabon has one of Africa’s lowest population densities and the fourth highest Human Development Index in Sub-Saharan Africa.

Almost every Gabonese person is of Bantu ancestry. Gabon is home to at least forty ethnic groups, each with its own language and culture. Although the Fang are usually believed to be the biggest, new census statistics seem to favor the Nzebi. The Myene, Kota, Shira, Puru, and Kande are among the others. Gabon’s ethnic borders are less defined than in other African countries. There are also Pygmy peoples like as the Bongo, Kota, and Baka, who speak the sole non-Bantu language in Gabon.

The majority of ethnicities are dispersed across Gabon, resulting in continuous contact and interaction amongst the groups. Interethnic marriage is very frequent, which helps to alleviate ethnic conflicts. The language of its previous colonial master, French, is a uniting factor. The historical dominance of the Democratic Party of Gabon (PDG) has also helped to unify different nationalities and local interests into a broader whole. Gabon is home to about 10,000 native French people, including an estimated 2,000 dual nationalities.

Gabon is a country in central Africa on the Atlantic coast. Between latitudes 3°N and 4°S, and longitudes 8° and 15°E, it is located on the equator. Gabon has an equatorial climate with a vast network of rainforests spanning 85 percent of the nation.

There are three different regions: the coastal plains (between 20 and 300 kilometers [10 and 190 miles] from the ocean’s coastline), the mountains (the Cristal Mountains to the northeast of Libreville, the Chaillu Massif in the center, and the savanna to the east). The coastal plains are part of the World Wildlife Fund’s Atlantic Equatorial coastal forests ecoregion, and they include pockets of Central African mangroves, particularly around the Muni River estuary on the Equatorial Guinea border.

Gabon’s longest river, the Ogooué, is 1,200 kilometers (750 miles) long. Gabon has three karst regions, each with hundreds of caverns carved out of dolomite and limestone rocks. Grotte du Lastoursville, Grotte du Lebamba, Grotte du Bongolo, and Grotte du Kessipougou are among the caves. Many caverns are still to be discovered. In the summer of 2008, a National Geographic Expedition visited the caverns to record them.

Gabon is also known for its efforts to protect the environment. President Omar Bongo Ondimba firmly established Gabon as an important future ecotourism destination in 2002 by designating approximately 10% of the country’s area as part of its national park system (with 13 parks in total), one of the world’s biggest amounts of natural parkland. Gabon’s national park system is managed by the National Agency for National Parks.

The economy of Gabon is driven by oil. Oil earnings account for approximately 46 percent of the government’s budget, 43 percent of GDP, and 81 percent of exports. Oil output is presently falling fast, having peaked at 370,000 barrels per day in 1997. According to some predictions, Gabonese oil will be depleted by 2025. Despite declining oil income, preparation for an after-oil future is just now starting. The Grondin Oil Field was found in 1971 at 50 m (160 ft) sea depths 40 km (25 mi) offshore and produces from Maastrichtian age Batanga sandstones producing an anticline salt structural trap about 2 km (1.2 mi) deep.

Gabonese governmental expenditures from years of substantial oil wealth were inefficiently spent. Overspending on the Trans-Gabon Railway, the depreciation of the CFA franc in 1994, and years of low oil prices all contributed to severe financial issues that continue to haunt the nation.

Gabon has a bad reputation with the Paris Club and the International Monetary Fund (IMF) due to poor debt and income management. Successive IMF missions have chastised the government for overspending on non-budget items (both in good and poor years), overborrowing from the Central Bank, and delaying privatization and administrative reform. Gabon, on the other hand, successfully completed a 15-month Stand-By Arrangement with the IMF in September 2005. In May 2007, a new three-year Stand-By Agreement with the IMF was agreed. Gabon was unable to achieve its economic objectives under the Stand-By Arrangement in 2009 due to the financial crisis and social events surrounding the death of President Omar Bongo and the elections. Negotiations with the IMF were still under progress.

Gabon’s oil earnings have resulted in an exceptionally high per capita GDP of $8,600 for the area. However, there is a lopsided economic distribution and low social indices. The wealthiest 20% of the population make more than 90% of the income, while about one-third of Gabonese people live in poverty.

The economy is heavily reliant on extraction, although basic resources are plentiful. Prior to the discovery of oil, the Gabonese economy was based on forestry. Today, logging and manganese mining are the two most significant sources of revenue. Recent investigations have led to the discovery of the world’s biggest unexploited iron ore deposit. Remittances from family members in metropolitan areas or subsistence activities offer income for many people who reside in rural regions and do not have access to job opportunities in extractive sectors.

Foreign and domestic commentators have criticized the Gabonese economy’s lack of variety.

Further investment in agriculture or tourism is hampered by a lack of infrastructure. The few notable local investors dominate the limited processing and service industries that do exist.

The government began in the 1990s on a program of privatization of its state-owned businesses and administrative reform, including decreasing public sector employment and pay increases, at the request of the World Bank and IMF, but progress has been sluggish. The new administration has stated its intention to strive toward the country’s economic reform, although this objective will be difficult to achieve.

Cities in GabonLibreville - CapitalCap LopezFrancevilleGambaKangoLambareneMayumbaOwendoPort-Gentil bordered to the coast of the South Atlantic OceanOther destinations in GabonAkanda National Park — Migratory birds and turtles may be found in Akanda National Park's mangroves and tidal flats.Banteke Plateau National Park — Forest elephants, buffalo, and antelope live in the...

Gabon is a nation rich in folklore and mythology, with an oral culture that predates the advent of literacy in the twenty-first century. "Raconteurs" are presently trying to preserve Fang and Nzebis customs like as the mvett and the ingwala.Gabon is also home to globally renowned masks like the...

Pygmy peoples were the first to settle in the region. As they moved, Bantu tribes mainly supplanted and assimilated them.The first Europeans came in the 15th century. In Gabon, a Myeni-speaking monarchy known as Orungu emerged in the 18th century.Bartholomew Roberts, a Welsh pirate known as Black Bart, perished...