The city of Mahdia on Africa’s North Cape is still marked on old maps as the “Gate of the Mediterranean” in Tunisia. It lies about sixty kilometers southeast of the city of Susa. For centuries it has been considered the capital of the textile industry.

Sleepy, calm, with blue tones painted by the sea and the sky, at the gates of the Mediterranean, it jealously guards all its original natural, architectural and historical secrets.

Her port was the “scenography” for some of the scenes in the famous film “The English Patient”.

This town is less known to tourists than popular resorts such as Hammamet, Sousse and Port el Kantaoui. Tourists who decide to rest in this city will be enchanted at first sight, primarily by the old part of the city, but also by modern, luxury hotels in the tourist zone and beaches that are the most beautiful in this part of Tunisia. 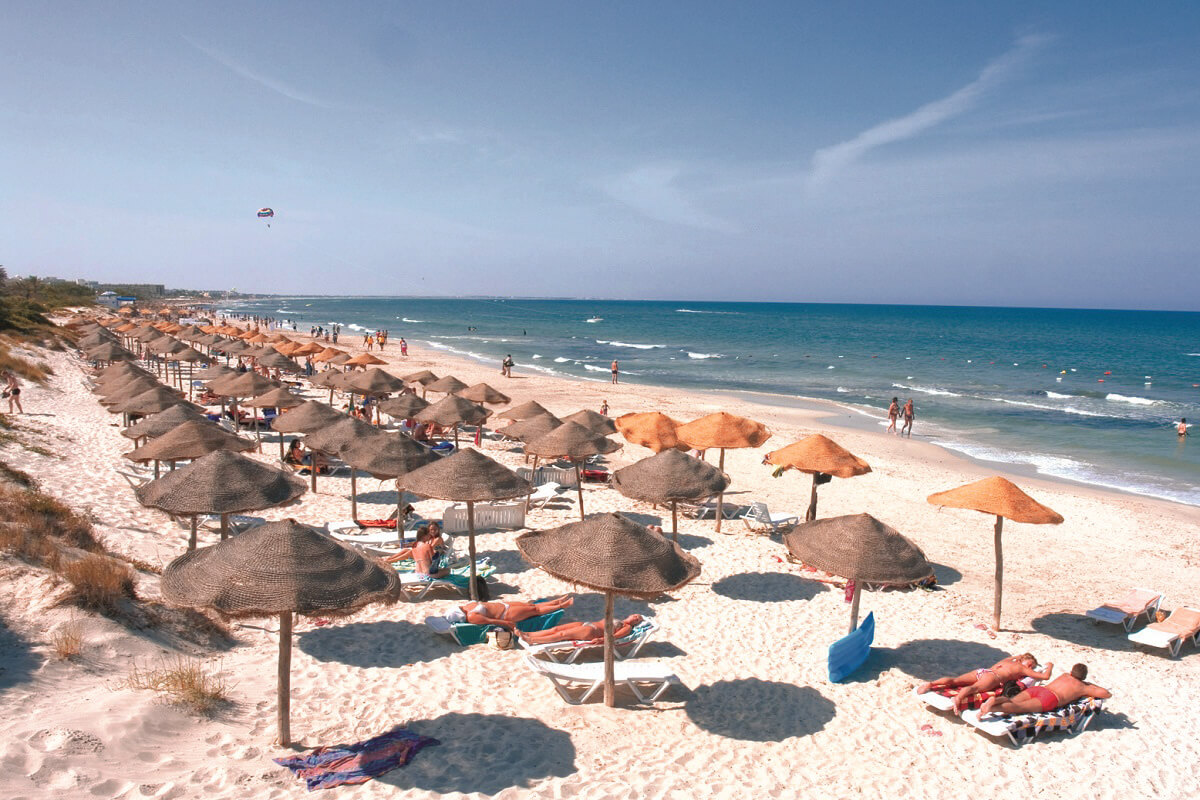 The old part of Mahdia was the first capital of the first caliph of the Tunisian dynasty Fatimid, so it is an important historical center for Tunisians.

The old town of Mahdia was built on a narrow peninsula. It is separated from the mainland at its narrowest point by the only city gate called “Dark Gate” because it is cold, dark and about 50 meters long, and leading to the beauty of this city.

Medina is undoubtedly the main tourist attraction of ancient Mahdia, because it is unusual and different from those in other resorts in Tunisia. It is one and a half kilometers long and at the entrance is the Archaeological Museum with exhibits that are thousands years old, while at the end of the medina is the lighthouse on Africa Cape, the 14th century fortress Borj el Kabir with a beautiful panoramic view of the city and symbolic stone “The Gates of the Mediterranean”. Below the fortress there is the cemetery and the remains of a 10th century port built by the Fatimids. 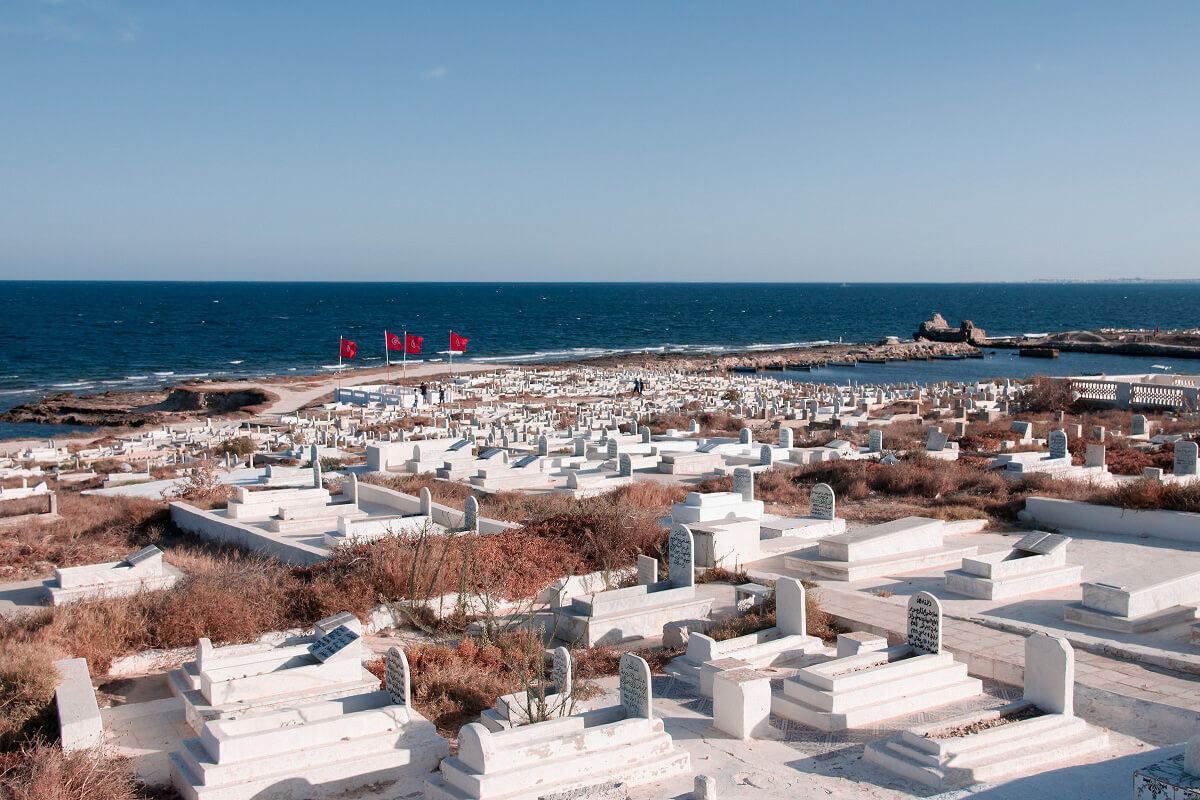 Medina is, very picturesque. A walk through its narrow, winding, cobbled streets is a real pleasure, with its crowded souvenir shops, cafes, small galleries and weaving shops where women weave the famous Mahdi foot. It is a textile made of linen or cotton, highly valued in the world. Scarves, scarves and other foot products, tourists can buy it in the shops in the medina, at a price of 10 euros.

Walking through the narrow cobbled streets, you can visit other shops where they are sold: leather backpacks, wallets, stools, Tunisian ceramics from Nabel and spices. Here they work twice from 9 to 12 and from 15 to 21 hours. Tourists usually rest in typical medina cafes and friendly waiters recommend drinking a cup of cold mint tea with delicious, peeled almonds “swimming” on it, and eating an old Tunisian specialty brik. egg “by eye” with the addition of spices. 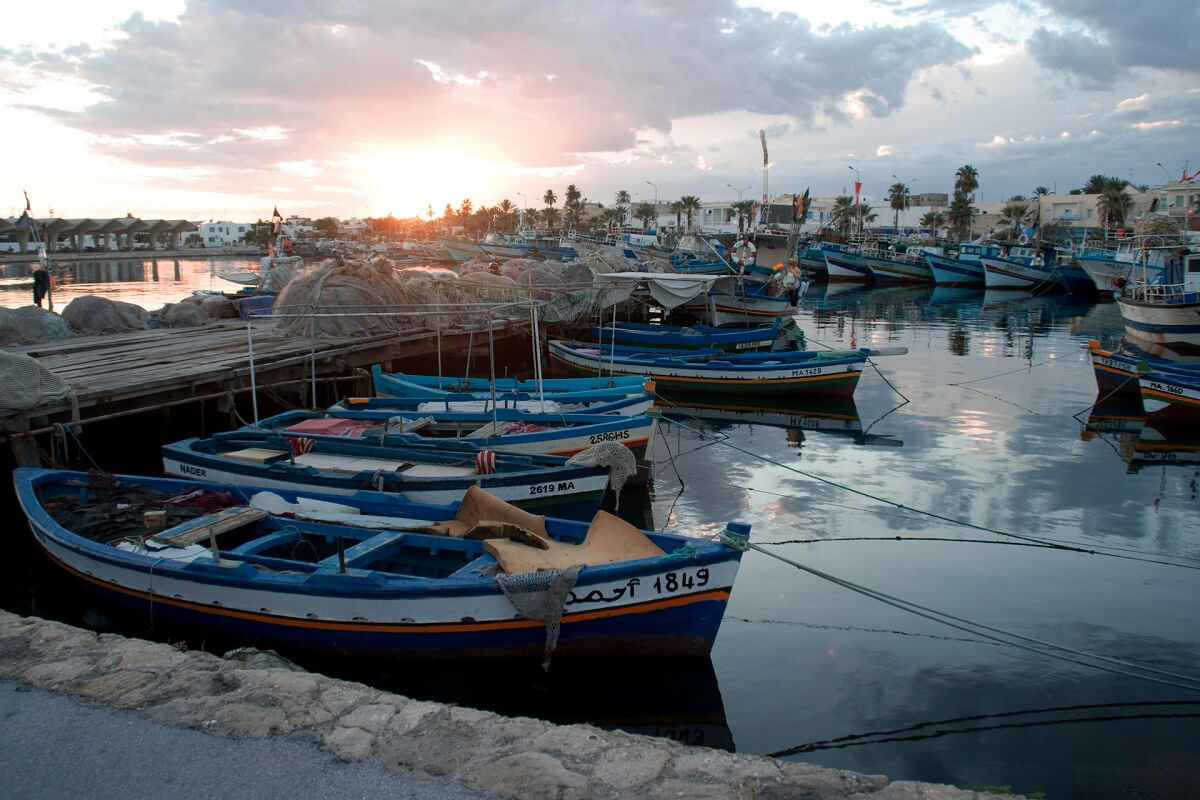 Thousands of small shells reflect the sea water along the coast in a special way and are also the best witness to the purity of the sea. Not far from the cape, sea sponge hunters discovered in 1907 a sunken old ship with valuable cargo for the construction of the temple. All these marble columns, the bronze statues of Eros, Hermes and Dionysus and the marble statue of Aphrodite are now on display in the Archaeological Museum.

At the time when Tunisia was a French colony, a new district was built with the main street of the Avenida de Bourguiba, where supermarkets, banks, restaurants and hotels are located. Here is market day on Fridays and everything is full of buyers and sellers. The third part of Mahdia is a tourist zone that stretches along a beautiful sandy beach. It is located north of the old town and can be recognized by its magnificent luxury hotels with swimming pools and other facilities.