Serbia is a country of fairy-tale medieval fortresses that testify to the turbulent past of this country. Exceptional stone buildings are scattered throughout the country, and most of them are in the central and southern part of the country. Unfortunately, tourists rarely visit them. In this country you can see as many as 89 remains of old cities, Roman towers, fortifications and castles. The famous fortifications in central and southern Serbia best show how powerful Nemanjic Serbia was. 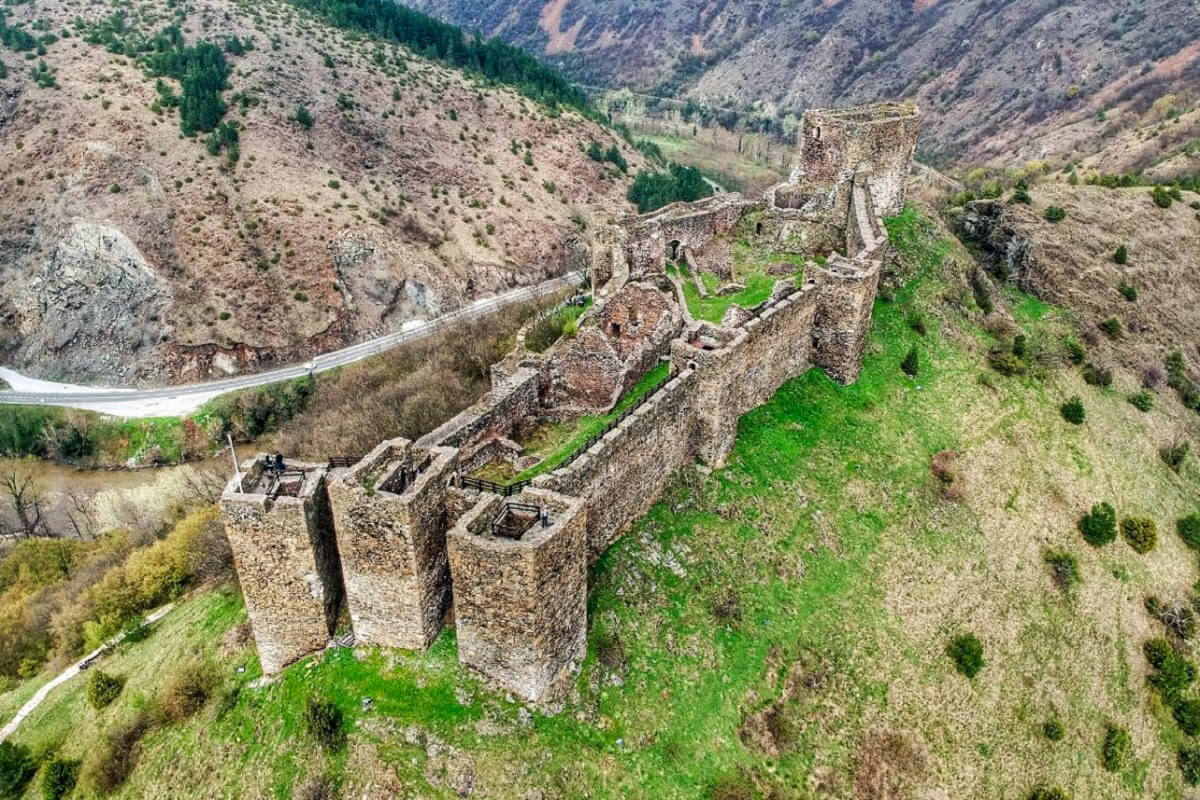 Maglic is located about 16 kilometers from Kraljevo, on the right bank of the Ibar. It is believed that Maglič is the work of King Uroš the First. This building is located on a narrow plateau of a rocky ridge, and is surrounded on three sides by a river and has seven massive towers and a dungeon tower. The walls of this fairytale building are two meters thick. From here, Sopoćani and Studenica were defended. Today, only the ruins of the palace and the Church of St. George can be seen here. 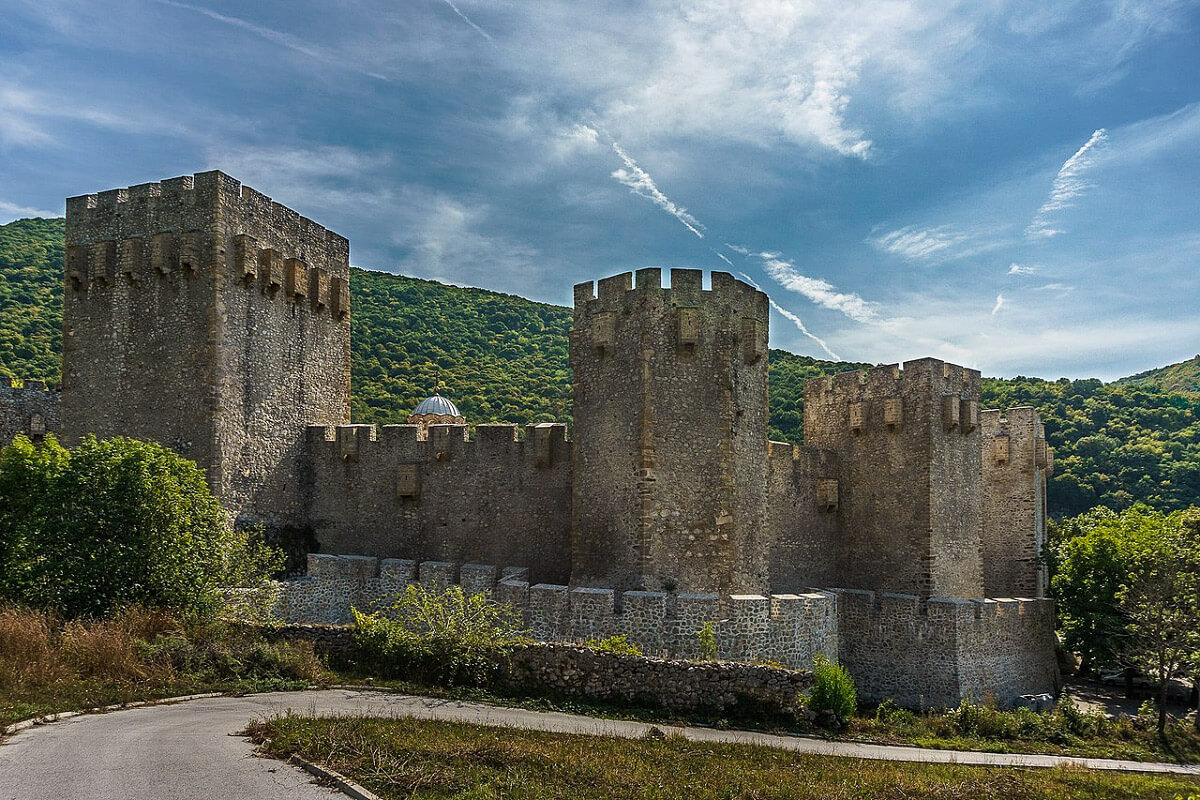 Manasija, was built in the gorge of the river Resava, above which rise the hills Pastorak I Macija, 4 kilometers from the town of Despotovac. In order to protect his endowments, despot Stefan Lazarević built a strong fortification around this amazing monastery of Manasije. This is the best preserved building of the military architecture of Moravian Serbia nowadays. There were as many as 11 towers on these high walls, and the largest is the Despot’s Tower. 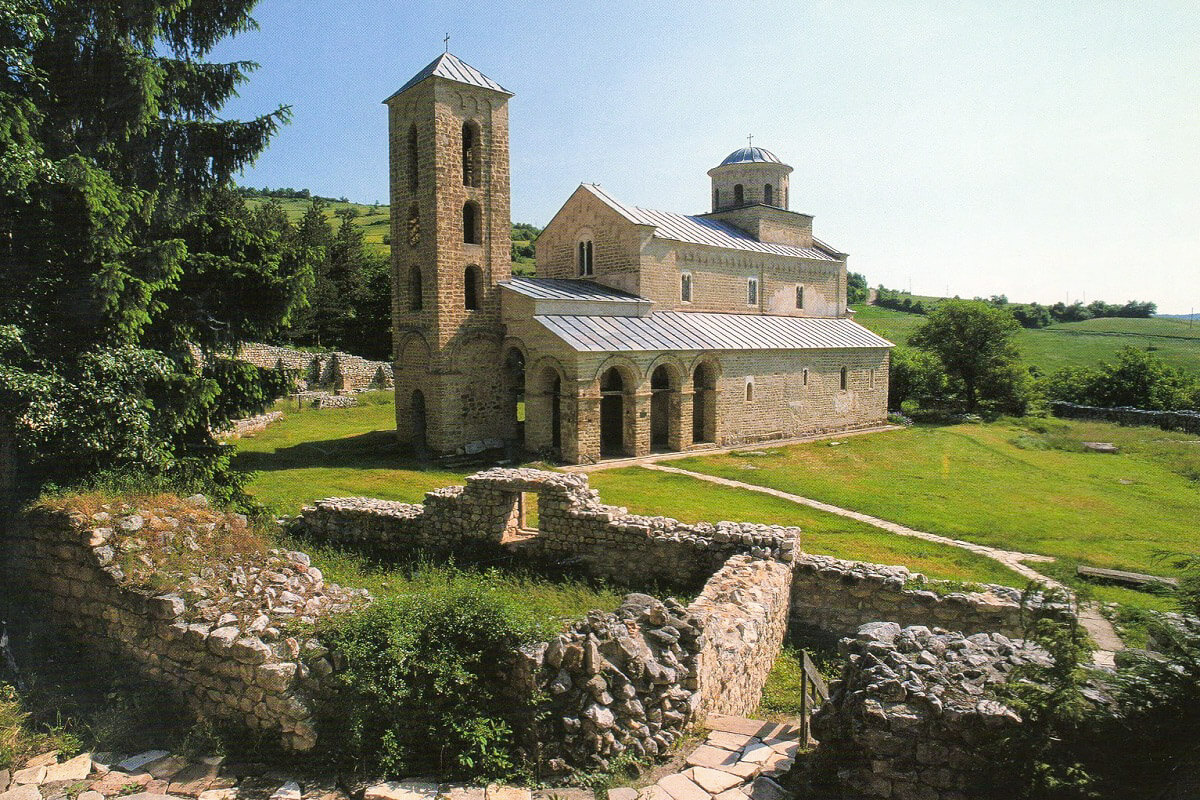 Stari Ras – is located on the hill Gradina, about 11 kilometers from Novi Pazar. This fairy-tale fortress was built in the 12th century, during the reign of Emperor Jovan Komnin. Three archeological sites are located here: the fortress on Gradina, the cave with the Monastery of the Holy Archangel and the settlement of Trgovište. Stari Ras Fortress is the oldest building of military architecture of medieval Raska I and was the seat of Serbian rulers. In the monastery of St. Archangel, the famous Gospel of Vukan was kept in a cave, and there are also some remains of frescoes from the 13th century. This settlement was active even under the Turks, until about the end of the 17th century. 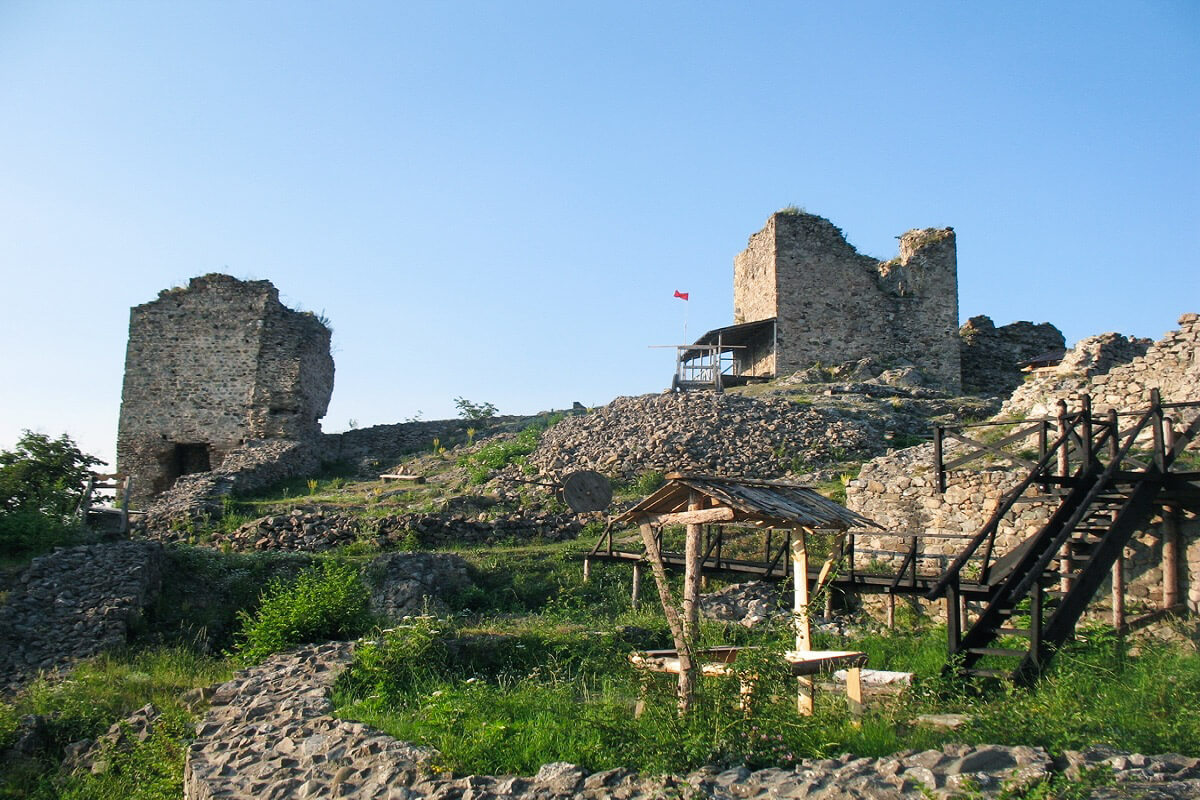 Koznik is a medieval town in ruins. It used to be among the most beautiful fortifications. It was built about 11 kilometers from Aleksinac on a steep mountain slope, somewhere at about 922 meters above sea level. This city was fortified in the time of the Celts, but today’s remains are from the 14th century. Lazar Hrebeljanović, as well as Radič Postupović, often stayed here. Several towers have been preserved, as well as four wells with drinking water. Koznik was an extremely important strategic point because the entire Župa and the Rasina valley were controlled from it. 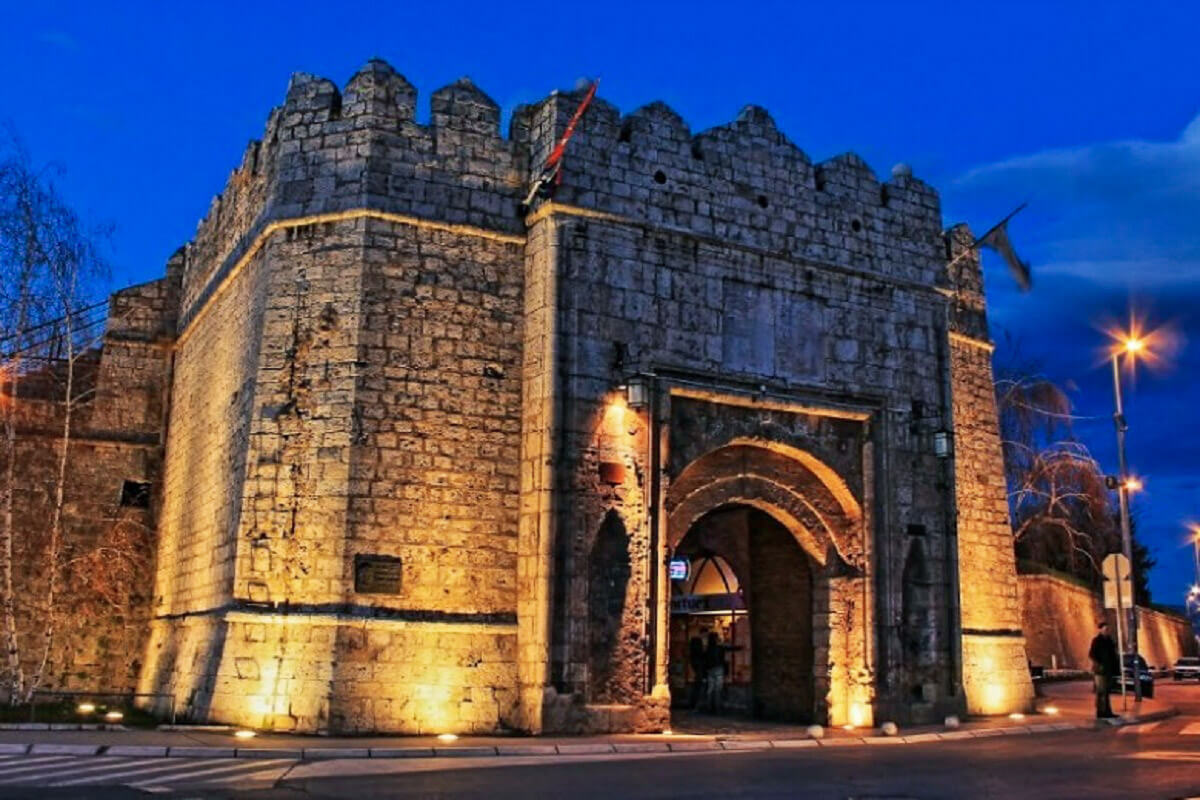 The Nis city fortress was built at the beginning of the 18th century on Roman and medieval foundations. It was built by the Turks. It was built of stone extracted from the nearby Hum Maidan, and monuments and sarcophagi from earlier epochs were installed. It has four large gates: the Istanbul Gate, the Belgrade Gate, the Vidin Gate and the Great Gate, and they are all very well preserved. It was surrounded by a large moat that was filled with water from Nisava. Inside the fortress there was a settlement with shops, places of worship, barracks and other buildings for military needs. Unfortunately, only gunpowder and the Bali-beg mosque have been preserved. 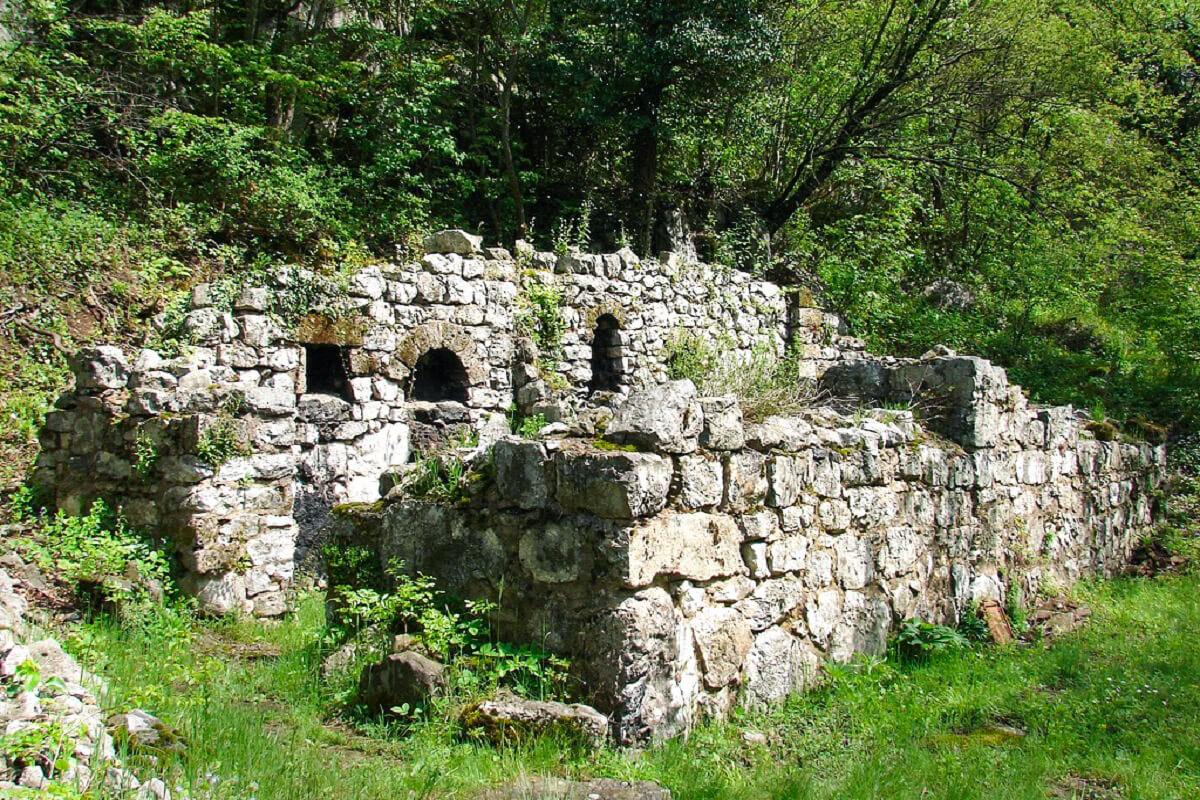 Petrus is located about 11 kilometers from Paracin. It is surrounded by the river Crnica. The rulers of Petrus were the prefect Vukosav and his son Crep, and Roman coppersmiths were also found here. There used to be a Byzantine fortress, and in the 10th century, hermit monks settled there. In the time of Stefan Nemanja, a new fortress was built. The fortress was given to him by the prefect Vukosav by his son Crep, who resisted the Turks for a long time until the Battle of Kosovo. Then it was captured by Musa, Bajazit’s son. Legend has it that they lit a large fire here as soon as they noticed the Turks, so that Prince Lazar could see the smoke in Kruševac. 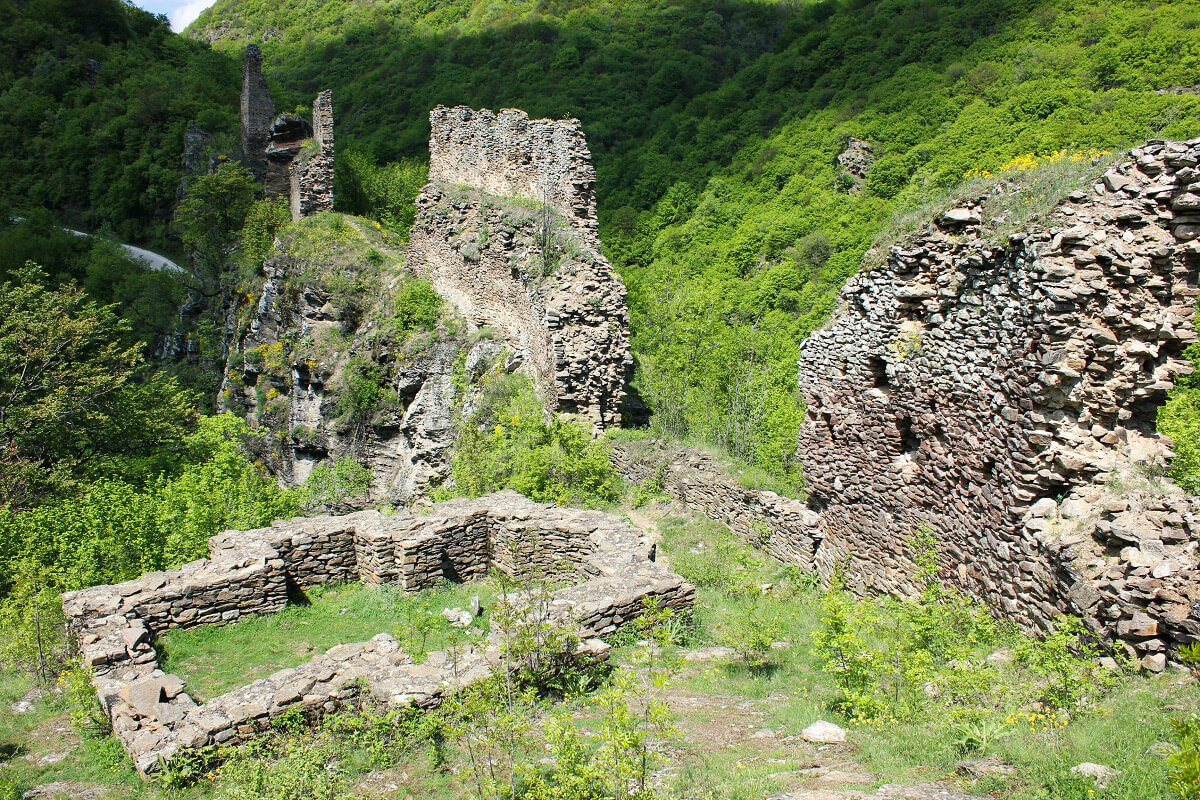 Markovo kale is an interesting fortress only four and a half kilometers away from Vranje. According to the legend, this medieval town of Marko belonged to Prince Marko. When the Turks arrived, he jumped on the mountain Pljačkovica with Šarc and cried. However, it is known that the fortification is older – from the time of Emperor Justinian. 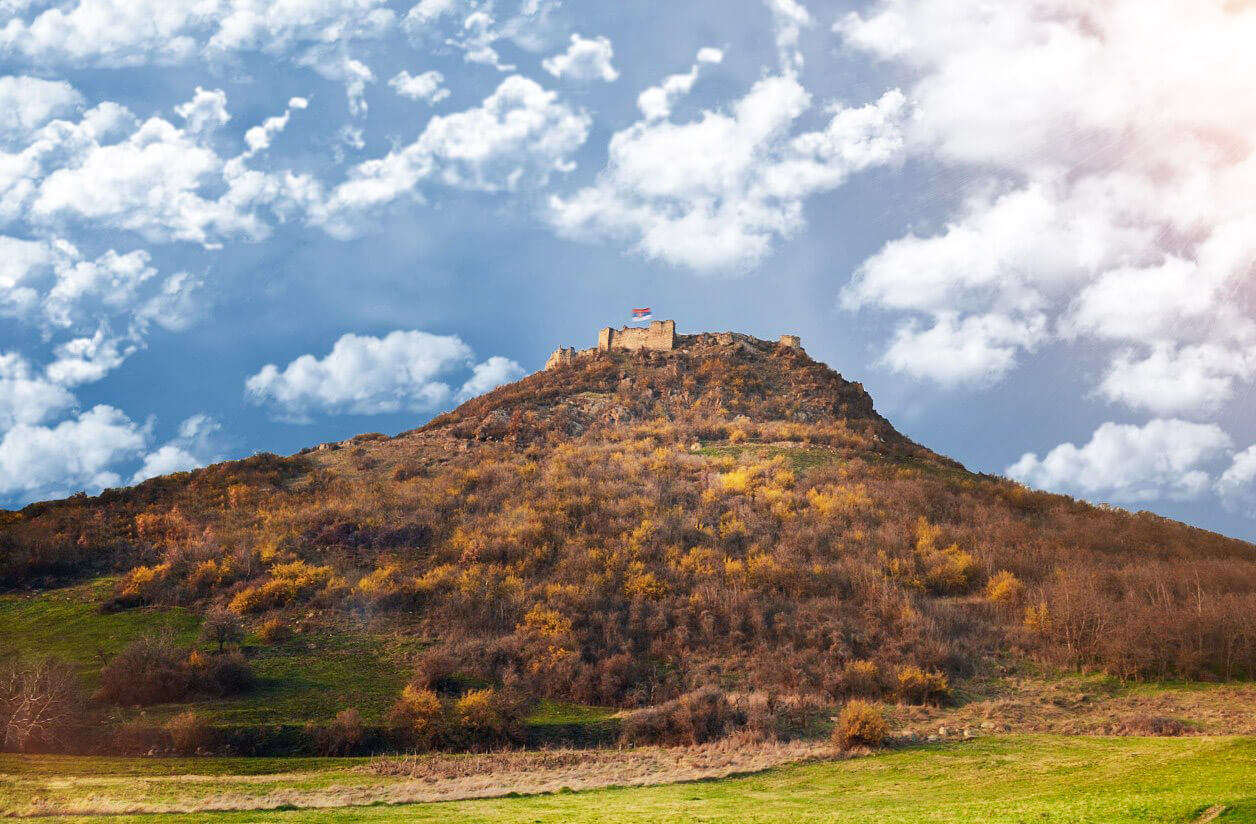 Zvečan is a medieval town that is in ruins, and is located near Kosovska Mitrovica. It is now run by UNMIK. It is located in a valley where important caravan routes intersected. It is first mentioned in connection with the fighting on the field of Kosovo, which was led by the prefect Vukan in the period between 1091 and 1094. The upper part of the city was located at the very top of the hill, and the lower lower belt had walls reinforced with towers. Only the dungeon tower, the Church of St. George and the cisterns have been preserved.