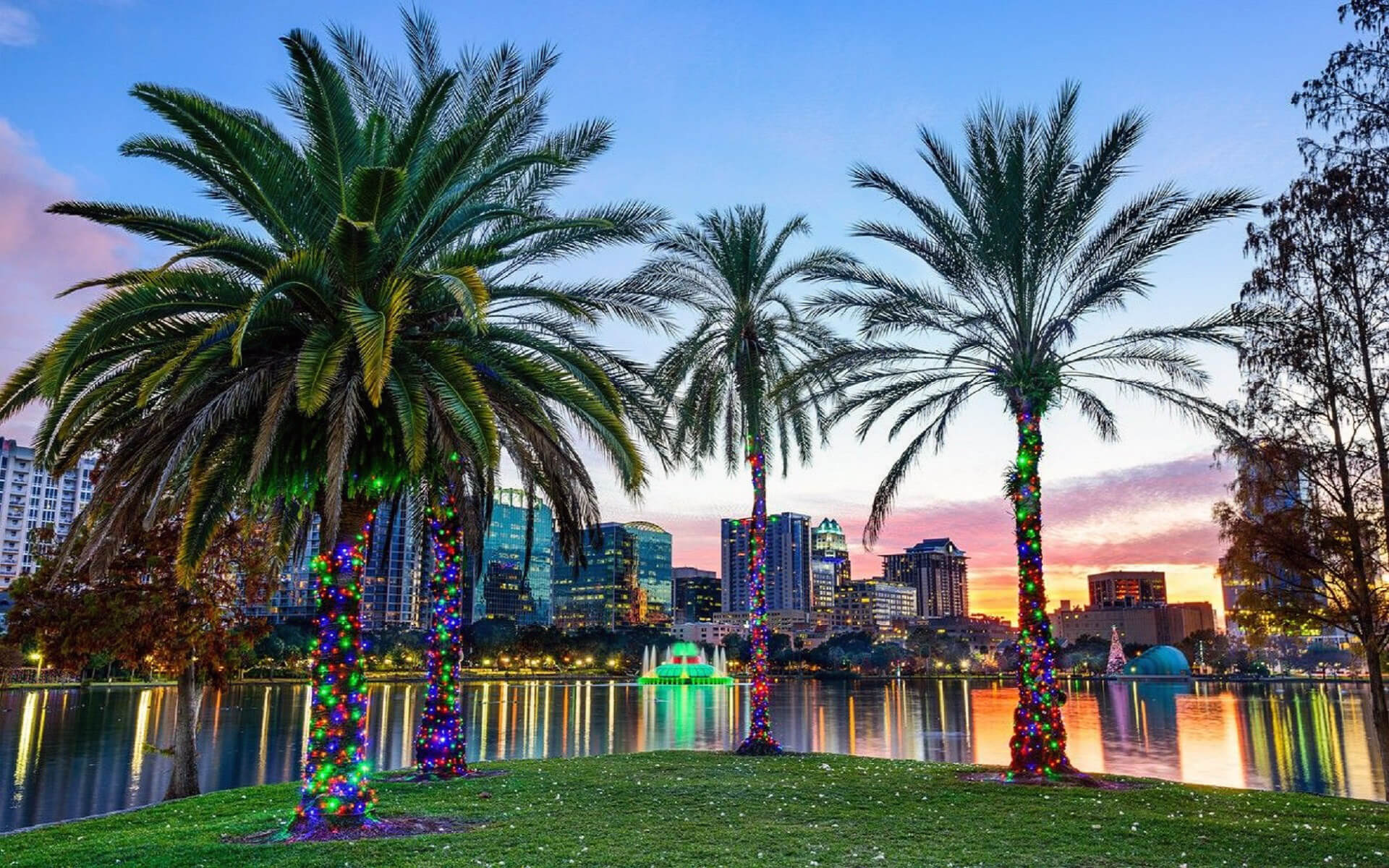 Orlando is called “The City Beautiful,” and the fountain at Lake Eola serves as the city’s icon. Orlando is also renowned as “The Theme Park Capital of the World,” with over 62 million visitors in 2014 to its tourism attractions and events. Orlando International Airport (MCO) is the United States’ thirteenth busiest airport and the world’s 29th busiest airport. Orlando’s mayor is Buddy Dyer.

Orlando’s notable attractions are the backbone of its tourism sector as one of the world’s leading tourist destinations: The Walt Disney Company established Walt Disney World in 1971 near Bay Lake, about 21 miles (34 kilometers) southwest of Downtown Orlando; the Universal Orlando Resort opened in 1999 as a significant extension of Universal Studios Florida; SeaWorld; Gatorland; and Wet ‘n Wild. Apart from Walt Disney World, the most of the main attractions are situated along International Drive. The city is also one of the busiest in the United States for conferences and conventions, with the Orange County Convention Center being the second-largest in the country.

Orlando, like other Sun Belt cities, flourished fast throughout the 1980s and into the first decade of the twenty-first century. Orlando is home to the University of Central Florida, the nation’s second-largest university campus by enrolment in 2012. In 2010, the World Cities Study Group classified Orlando as a “Gamma” category world metropolis. According to a 2009 Pew Research Center research, Orlando is the fourth most popular American city in terms of where people wish to reside.

Orlando’s tourism business is a major driver of the city’s economy, and the city is one of the world’s top tourist attractions. The Orlando region, dubbed the ‘World’s Theme Park Capital,’ is home to the Walt Disney World Resort, Universal Orlando Resort, and SeaWorld Orlando. In 2013, the Orlando area welcomed nearly 59 million tourists who spent more than $33 billion.

The Orlando region is home to seven of the top ten most popular theme parks in North America (5 of the top ten in the globe), as well as four of the top ten most popular water parks in the United States. The Walt Disney World resort is the area’s most popular attraction, with its several attractions including the Magic Kingdom, Epcot, Disney’s Hollywood Studios, Disney’s Animal Kingdom, Typhoon Lagoon, Blizzard Beach, and Disney Springs. SeaWorld Orlando is a sprawling park with various zoological exhibits and marine species, as well as an entertainment park featuring roller coasters and a water park. Like Walt Disney World, Universal Orlando is a sprawling resort comprised of Universal Studios Florida, Universal City Walk, and Islands of Adventure. Another well-known attraction is the Wet ‘n Wild water park. SeaWorld Orlando, like Aquatica and Discovery Cove, has many parks. Orlando attractions also appeal to a large number of people seeking recreation close to home.

Additionally, the convention business plays a key role in the region’s economy. The Orange County Convention Center, which was extended in 2004 to over two million square feet (200,000 m2) of exhibition space, is currently the second-largest convention center in the United States in terms of square footage, following only Chicago’s McCormick Place. The city is a close second to Chicago and Las Vegas in terms of convention attendance in the United States.

Numerous golf courses are located across the city, the most well-known of which being Bay Hill Club and Lodge, which hosts the Arnold Palmer Invitational.

The summer months of June and August are the busiest for visitors, but March and April are also popular. Ironically, the slowest times of year for tourism coincide with the nicest weather in the Orlando region; summer months may be very crowded with families visiting during their children’s summer vacation. Visiting during less hot season means less people in the region, which has some benefits, but you will be able to experience colder temperatures.

According to many, central Florida has two distinct seasons: hot and hotter. Orlando has mild, pleasant springs and autumns; scorching summers punctuated by daily thunderstorms; and mild winters punctuated by the occurrence of a cold front. Having stated that:

Orlando’s landscape is dominated by wetlands, with several lakes and marshes. Because the topography is mainly flat, the land is quite low and moist. Hundreds of lakes dot the landscape, the biggest of which being Lake Apopka. Central Florida’s bedrock is mostly limestone and very porous, making the Orlando region prone to sinkholes. Probably the most famous sinkhole occurrence occurred in 1981 in Winter Park, a community north of central Orlando, and was called “The Winter Park Sinkhole.”

Orlando is a significant industrial and high-tech hub. The metro area’s technology sector is worth $13.4 billion and employs 53,000 people; it is a globally renowned concentration of innovation in digital media, agricultural technology, aviation, aerospace, and software design. Metro Orlando is home to more than 150 foreign enterprises from about 20 nations.

Central Florida Research Park, located near Orlando, is the country’s seventh biggest research park, covering approximately 1,025 acres (4.15 km2). It is home to more than 120 businesses, employs over 8,500 people, and serves as the focal point for the nation’s military simulation and training programs. The Orange County Convention Center holds the world’s biggest modeling and simulation conference each year at the end of the year: the Interservice/Industry Training, Simulation, and Education Conference (I/ITSEC). Metro Orlando is home to the United States Army, Navy, Air Force, Marines, and Coast Guard’s simulation procurement commands.

Orlando is the headquarters of Darden Restaurants, which owns Olive Garden and LongHorn Steakhouse and is the world’s biggest restaurant operator by revenue. It relocated to a new headquarters and major distribution site in September 2009.

The film, television, and electronic gaming industries are also significant, aided by the presence of Universal Studios, Disney’s Hollywood Studios, Full Sail University, the University of Central Florida’s College of Arts and Humanities, and the Florida Interactive Entertainment Academy, among other entertainment companies and schools. The modeling, simulation, and training (MS&T) business in the United States is also concentrated in the Orlando area, with a particularly large presence at the Central Florida Research Park near to the University of Central Florida (UCF). Tiburon, a part of the video game corporation Electronic Arts, is headquartered in nearby Maitland. Tiburon Entertainment was bought by EA in 1998 after years of collaboration, most notably on the Madden NFL and NCAA Football video game franchises. Full Sail University, situated nearby in Winter Park, attracts students interested in new media sectors like as video game creation, cinema, television production, and computer animation, with its alumni launching multiple start-ups in these fields in the Orlando region. Ripley Entertainment Inc. is also headquartered in Orlando.