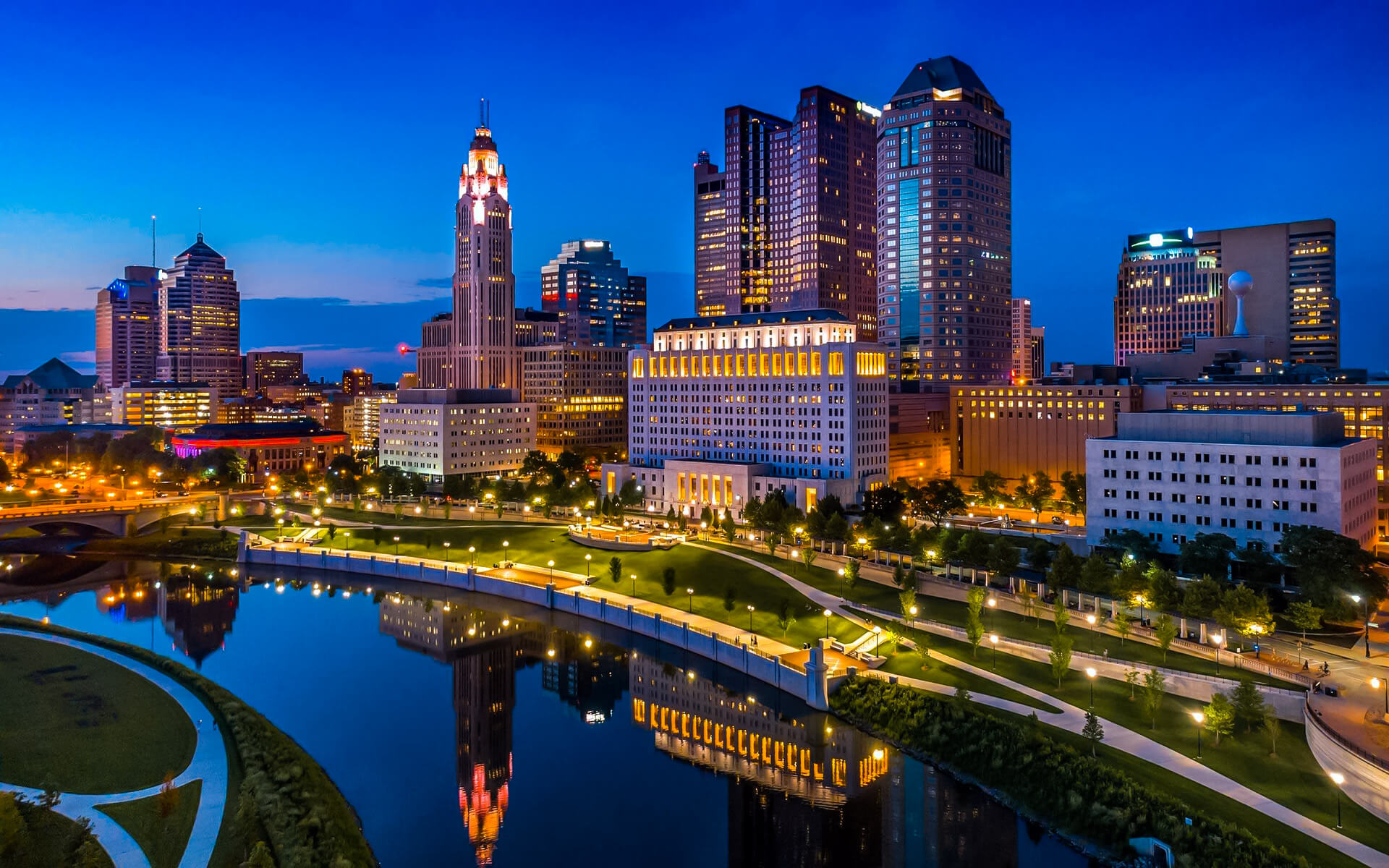 Columbus is the capital and biggest city of Ohio, a state in the United States of America. With a population of 850,106, it is the fifteenth biggest city in the United States (2015 estimate). It is the principal city in the Columbus, Ohio Metropolitan Statistical Area (MSA), which spans 10 counties. After Cleveland and Cincinnati, it is Ohio’s third biggest metropolitan area.

The Columbus, OH Metropolitan Statistical Area was the 28th biggest in the United States under the Combined Statistical Area (CSA) methodology. The Columbus-Marion-Zanesville, OH Combined Statistical Region (which also includes Marion, Chillicothe, and Mount Vernon) has a population of 2,370,839 people, making it Ohio’s second biggest metropolitan area after Cleveland. Additionally, it is the fourth biggest state capitol in the United States and the third largest city in the Midwest.

Franklin County’s county seat is Columbus. Additionally, the city proper has grown and absorbed areas of neighboring Delaware and Fairfield counties. The city was created in 1812 at the junction of the Scioto and Olentangy rivers and became the state capital in 1816.

Columbus is the capital of the American state of Ohio and is situated in the state’s central area, known as Mid-Ohio. Columbus, located at the crossroads of the Rust Belt, Bible Belt, Appalachia, and Farm Belt, is a synthesis of many diverse sections of America. Ohio State University is located there. The union of Ohio’s government with Ohio State University has spurred incredible expansion in Columbus, both financially and physically. It has fostered a commercial and research climate that has resulted in significant career prospects for graduates of Ohio State University and other academic institutions in Columbus from varied ethnic and local backgrounds. The Ohio Supercomputer Center (OSC) is expected to be one of the world’s top 50 supercomputers and one of the top ten university supercomputing facilities.

Columbus was named one of BusinessWeek’s 50 greatest cities in America in 2012. In 2013, Forbes rated Columbus as one of the best cities for business in the United States with a “A” grade, and later that year placed the city on its list of Best Places for Business and Careers. Columbus was also named by Forbes as the nation’s No. 1 up-and-coming technology metropolis in 2008, and by Relocate America as a top ten city in 2010. In 2007, fDi Magazine placed the city third in the United States for future cities. Additionally, it was placed number one on About.com’s list of the Most Underrated Gay Cities in the United States.

The city has a humid continental climate (Köppen climatic classification Dfa), with hot, muggy summers and cool, dry winters. Columbus is classified as being in USDA hardiness zone 6a. Winter snowfall is little, since the city is not often in the line of powerful winter lows, such as the Nor’easters that affect places farther east. Additionally, it is too far south and west for lake-effect snow from Lake Erie to have any influence, but the lakes to the north do contribute to lengthy periods of overcast weather throughout the winter.

The Scioto and Olentangy rivers meet just north of downtown Columbus. Numerous minor tributaries, including Alum Creek, Big Walnut Creek, and Darby Creek, run through the Columbus metropolitan area. Columbus’ relatively flat landscape is attributed to a huge glacier that blanketed the majority of Ohio during the Wisconsin Ice Age. However, there are significant elevation fluctuations across the region, with the county’s high point in New Albany being 1,132 feet (345 meters) above sea level and the county’s low point near Lockbourne being 670 feet (200 meters). Numerous ravines next to rivers and streams contribute to the landscape’s diversity. Alum Creek and the Olentangy River have streams that cut through shale, whereas the Scioto River has tributaries that cut through limestone.

Columbus has a diversified economy that is centered on education, insurance, banking, fashion, defense, aviation, food, logistics, steel, energy, medical research, health care, hospitality, and retail. According to Relocate America, a real estate research organization, it was one of the country’s top ten large cities in 2010. In 2008, MarketWatch recognized Columbus and the surrounding metro region as the seventh greatest location in the nation to do business. Forbes Magazine named the city the best city for working mothers in 2012. In 2007, fDi magazine placed the city third in the United States for “Cities of the Future” and fourth for most business-friendly city in the nation. According to Policom Corp., Columbus had the seventh-strongest economy in the United States in 2006 and the best in Ohio. The Columbus metropolitan area’s gross domestic product (GDP) was $94.7 billion in 2011, up from $90 billion in 2009, $85.5 billion in 2006, $75.43 billion in 2005, and $69.98 billion in 2001.

Columbus’ economy fared better than the rest of the nation during the crisis that began in late 2007, owing to decades of diversification efforts by long-term corporate residents, business executives, and government leaders. Former Mayor Michael B. Coleman’s administration maintained this effort, despite the city’s financial difficulties and the need to raise taxes, purportedly as a result of fiscal mismanagement. Due to Columbus’ status as the state capital, the city has a sizable government presence. Government work, which includes municipal, county, state, and federal enterprises, is the single greatest source of employment in Columbus.

In 2013, the city had four Fortune 500 companies: Nationwide Mutual Insurance Company, American Electric Power, L Brands, and Big Lots, with Cardinal Health headquartered in neighboring Dublin. Numerous schools (for example, The Ohio State University) and hospitals, high-tech research and development (for example, the Battelle Memorial Institute), information/library companies such as OCLC and Chemical Abstracts, financial institutions such as JP Morgan Chase and Huntington Bancshares, and Owens Corning are also significant employers in the area. Wendy’s and White Castle have their corporate headquarters in Columbus as well. Siemens and Roxane Laboratories are two major international firms having operations or divisions in the city, as are Finland’s Vaisala, Tomasco Mulciber Inc., and A Y Manufacturing, as well as Switzerland’s ABB Group and Mettler Toledo.