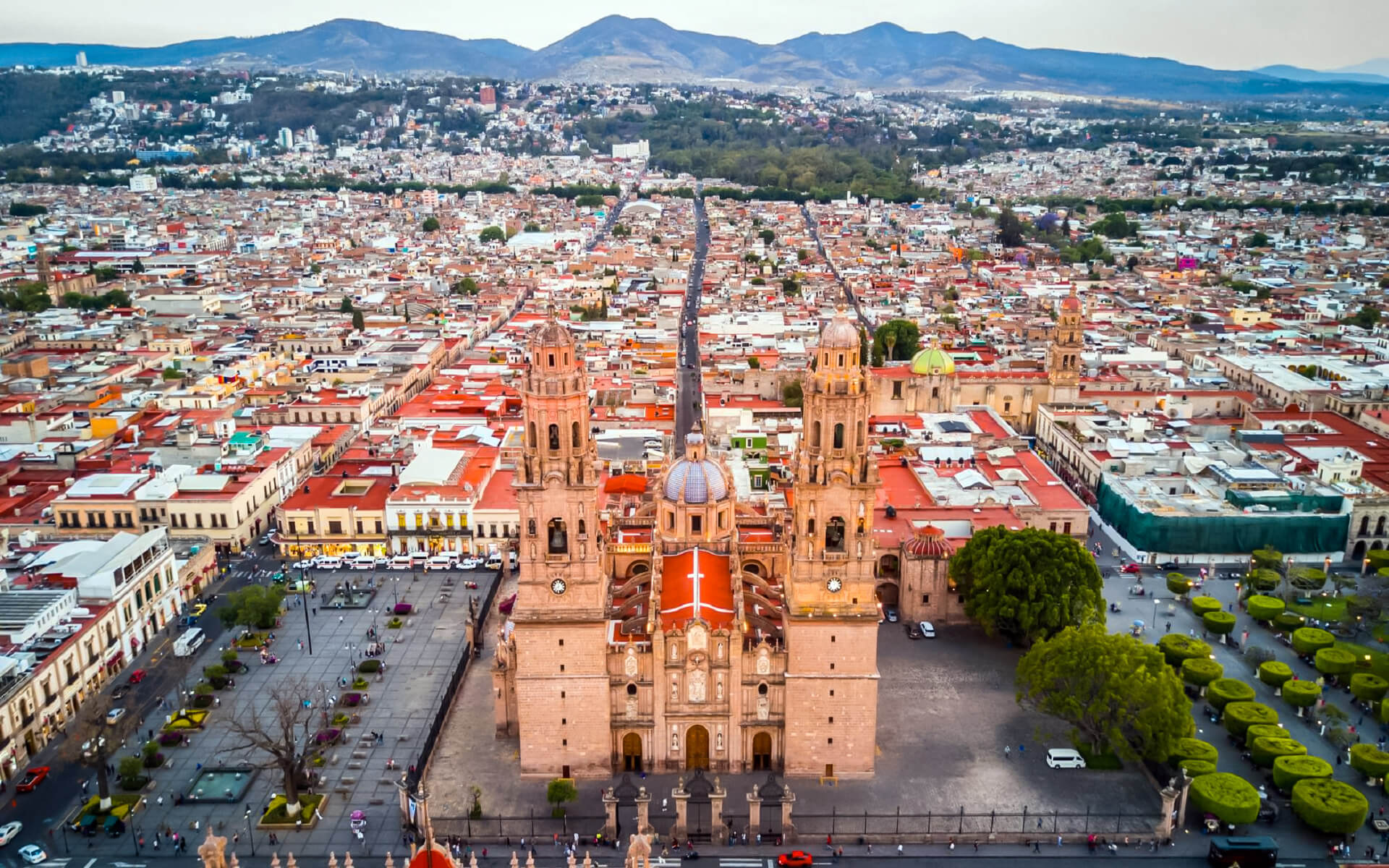 Morelia is a city and municipality in central Mexico’s Michoacán state. The city is located in the Guayangareo Valley and serves as the state’s capital and biggest city.

The Purépecha and Matlatzinca were the valley’s primary pre-Hispanic civilizations, although no large towns were constructed during this time period. In the 1520s, the Spanish acquired control of the region. In 1541, the Spanish established a colony here called Valladolid, which became a contender to the neighbouring city of Pátzcuaro for domination in Michoacán. In 1580, this conflict was resolved in Valladolid’s favor, and it became the colonial province’s capital.

Following the Mexican War of Independence, the city was renamed Morelia in honor of the city’s native son, José Mara Morelos. The city was designated a UNESCO World Heritage Site in 1991 for its well-preserved colonial architecture and historic center layout.

Morelia is one of the most attractive cities in Mexico, with a continuous colonial design throughout. It is not on the well-trodden road of leisure travelers, which means you may wander about in peace without worry of being surrounded by bermuda shorts throngs. Morelia is the capital of Mexico’s Michoacan state and a UNESCO World Heritage Site. At least two “information” booths are located in the square’s vicinity. They are manned by bilingual students who are a wealth of information.

Morelia is Michoacan’s capital city. It is used by the government and has a large number of pupils that attend school there. The downtown business center is fairly clean and has a good selection of restaurants and shops. Tourists are not as prevalent in this region as they are in other parts of Mexico. Before ordering dinner or making a purchase, you may wish to stock up on pesos, since other money is not often accepted. On the side streets leading off the plaza, there are money changer booths.

It boasts a pleasant temperature, lovely parks to rest in, a plethora of shopping opportunities, and is an all-around good location. If you stay downtown, the majority of attractions like as the Cathedral, the plaza, museums, and shopping are all quite close by. Due to Morelia’s status as a college town and seat of state government, tourism is less prevalent than in other parts of Mexico. The locals are quite friendly. Vehicles in the downtown business sector honk their horns excessively 24 hours a day, poking other drivers and providing warning at multiple blind junctions. You will adjust, but seek a room that is not directly on the street.

Morelia is more than its downtown area. Its outskirts are densely packed with contemporary housing projects, retail malls, and parks. Tres Marias and Altozano are two of the most up-to-date residential neighbourhoods in the city.

Purchase a prepaid Telemex Ladatel calling card. They are accessible in a variety of locations around Mexico, including convenience shops and bus station kiosks, and may be used at pay phones. Utilizing the cards may result in significant savings and ensures that you are not overcharged for collect or credit card calls. Numerous locations across the square sell Ladatel cards.