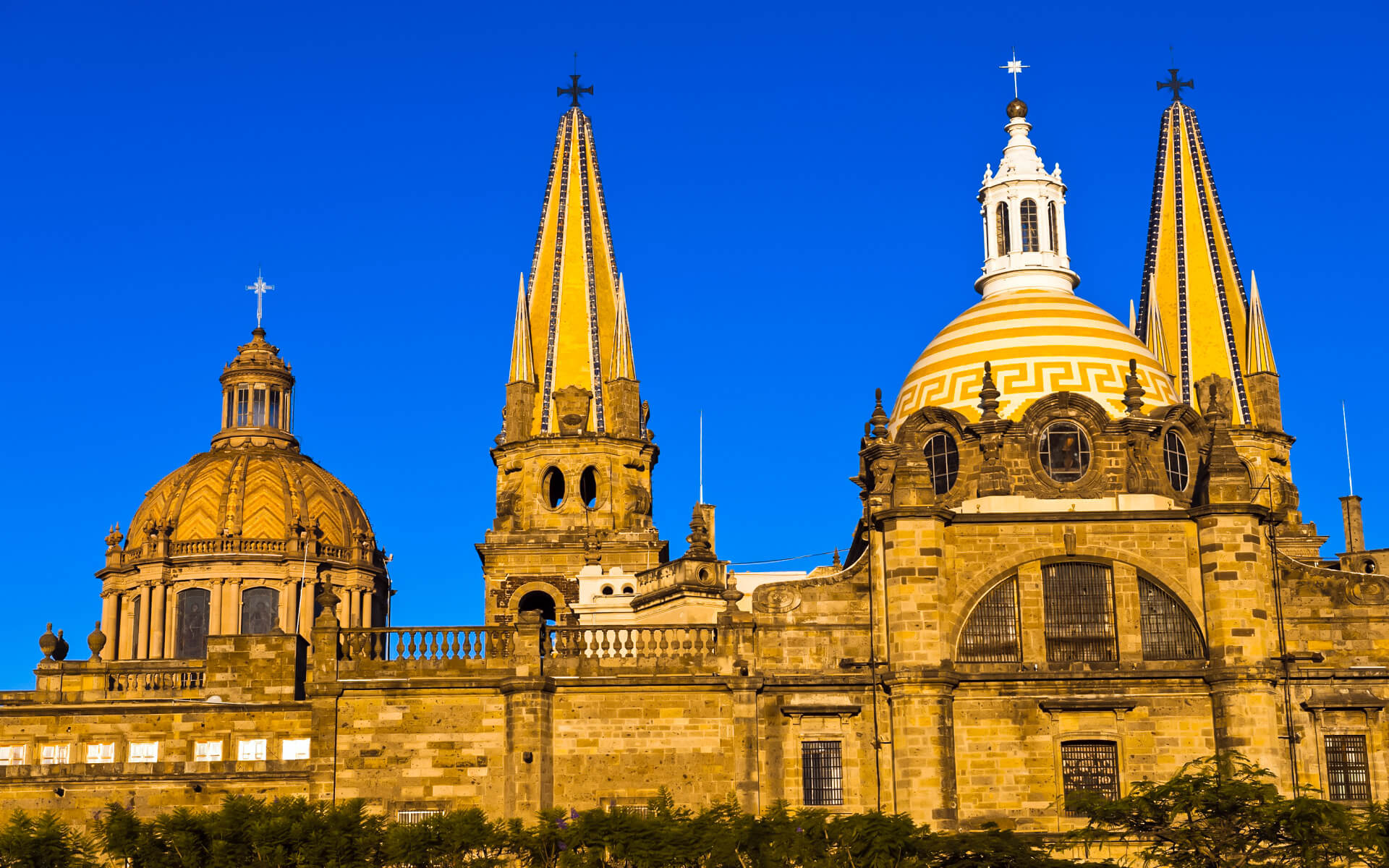 Guadalajara is the capital and biggest city in the Mexican state of Jalisco, as well as the headquarters of Guadalajara municipality. The city is located in the middle portion of Jalisco in Mexico’s Western-Pacific region. It is Mexico’s fourth most populated municipality, with a population of 1,495,189. The Guadalajara Metropolitan Region encompasses seven nearby municipalities and has a recorded population of 4,328,584 in 2009, making it Mexico’s second-largest metropolitan area, after Mexico City. The municipality is Mexico’s second most populous, after Ciudad Nezahualcóyotl in the State of Mexico.

Guadalajara is Latin America’s tenth-biggest city by population, urban area, and gross domestic output. The city is named after the Spanish city of Guadalajara, whose name derives from the Andalusian Arabic, which translates as “river/valley of stones.” The city’s economy is built on industry, particularly information technology, with a high number of multinational corporations operating manufacturing sites in the Guadalajara Metropolitan Area. Other, more conventional sectors, such as footwear, textiles, and food processing, also play a significant role.

Guadalajara is the capital of Mexico’s central state of Jalisco and the country’s second-biggest city, with over a million and a half inhabitants (referred to as “Tapatos”). It is classified as a colonial city, despite the fact that most of its architecture originates from the era of independence. While it has a much more casual vibe than Mexico City, the city center may nevertheless seem stuffy and dusty, particularly during rush hour when the sun is out. Overall, though, it is a gorgeous city with several pleasant strolling places, not only in the heart.

Guadalajara is the cultural capital of western Mexico and the country’s second largest cultural hub. It is affectionately known as the “Pearl of the West.” While it is a modern city, it has retained many of Jalisco’s rural traditions, such as mariachi music and a strong Catholicism. Cultural tourism is a significant economic activity, particularly in the historic district. Guadalajara is a hub of education, with six colleges, two culinary academies, and a vibrant arts scene. Guadalajara is home to twenty-two museums, including the Jalisco Regional Museum, the Wax Museum, the Trompo Mágico children’s museum, and the Anthropology Museum. The historic center’s Hospicio Cabaas is a UNESCO World Heritage Site. In recognition of these and other characteristics, the city was declared an American Capital of Culture in 2005.

Guadalajara is comprised of a number of districts. The Centro Historico and the Minerva – Chapultepec – Zona Rosa regions are the most popular tourist destinations. These streets run east-west along Av. Vallarta (renamed Av. Juárez in the Centro Historico) and connect the Plaza Tapata/Plaza Mariachis on the east side to the Fuente Minerva/Arcos Vallarta on the west side. Outside of the downtown area, three areas are also worth visiting: Tlaquepaque and Tonalá, which are located southeast of the centro and are known for their handicraft shops and markets, and Zapopan, which is located northwest of the centro and is famous for its old-town charm and as a pilgrimage site. Conveniently, the 275-diagonal bus route connects Tlaquepaque to Zapopan through the center, offering easy access to all of these locations.

Guadalajara is Mexico’s third-biggest economy and industrial infrastructure, accounting for 37% of the state of Jalisco’s total gross domestic product. Its economical basis is robust and diverse, centered mostly on trade and services, however manufacturing plays a significant role. It is listed among the top 10 economies in Latin America and third in Mexico in terms of gross domestic product. In their 2007 poll, “Cities of the Future,” FDi magazine rated Guadalajara first among large Mexican cities and named it having the second-highest economic potential of any major North American city, after Chicago. In 2007, FDI named it the best business-friendly city in Latin America.

Moody’s Investors Service issued Moody’s Investors Service ratings of Ba1 (Global scale, local currency) and A1.mx in 2009. (Mexican national scale). The municipality’s financial performance had been inconsistent throughout the preceding five years but had began to stabilize in the last two years. Guadalajara has one of the biggest municipal budgets in Mexico, and its revenue per capita indicator (Ps. $2,265) is higher than the national average for Moody’s-rated towns.

The city’s economy is divided into two distinct segments. Commerce and tourism employ the majority of the people, accounting for around 60% of the workforce. The other is industry, which has been the engine of economic expansion and the foundation of Guadalajara’s national economic significance, while employing less than a third of the population. Industries in this region manufacture a variety of goods, including food and drinks, toys, textiles, car parts, electrical equipment, medicines, footwear, and furniture. Textiles and footwear have been two of the most important sectors, and both are currently vibrant and increasing. 60% of produced items are sold in the local market, while 40% are exported, mostly to the United States. As a result, Guadalajara’s economic fortunes are inextricably linked to those of the United States, both as a source of investment and as a market for its products.

However, the city has been dubbed the “Silicon Valley of Mexico” by the electronics and information technology industries. Guadalajara is Mexico’s largest manufacturer of software, electronics, and digital components. Guadalajara’s telecom and computer equipment exports make for around a fifth of Mexico’s electronics exports. The city and its suburbs are home to companies like as General Electric, IBM, Intel Corporation, Freescale Semiconductor, Hitachi Ltd., Hewlett-Packard, Siemens, Flextronics, Oracle, TCS, Cognizant Technology Solutions, and Jabil Circuit. This occurrence arose when the North American Free Trade Agreement was ratified (NAFTA). International companies began establishing operations in Mexico, particularly in Guadalajara, replacing domestic ones, particularly in information technology. One of the consequences of this is that during economic downturns, big multinational corporations reduce their operations.

Guadalajara, according to fDi magazine, has the second-highest economic potential of any major North American metropolis, after only Chicago. Guadalajara was identified as a “city of the future” in the same study owing to its young population, low unemployment rate, and high volume of recent foreign investment transactions; it was also identified as North America’s third most business-friendly city.

The city must compete with China, particularly in businesses like as electronics that depend on large volume and cheap salaries. As a result, it has shifted its focus to high-mix, medium-volume, and value-added services, such as automotives. However, Guadalajara’s traditional advantage of closeness to the US market helps it remain competitive. Mexico was third in Latin America in 2009 in terms of exports of information technology services, after only Brazil and Argentina. This kind of service is mostly concerned with providing technical help through email and telephone. The primary issue confronting this industry is a dearth of English-speaking university graduates.