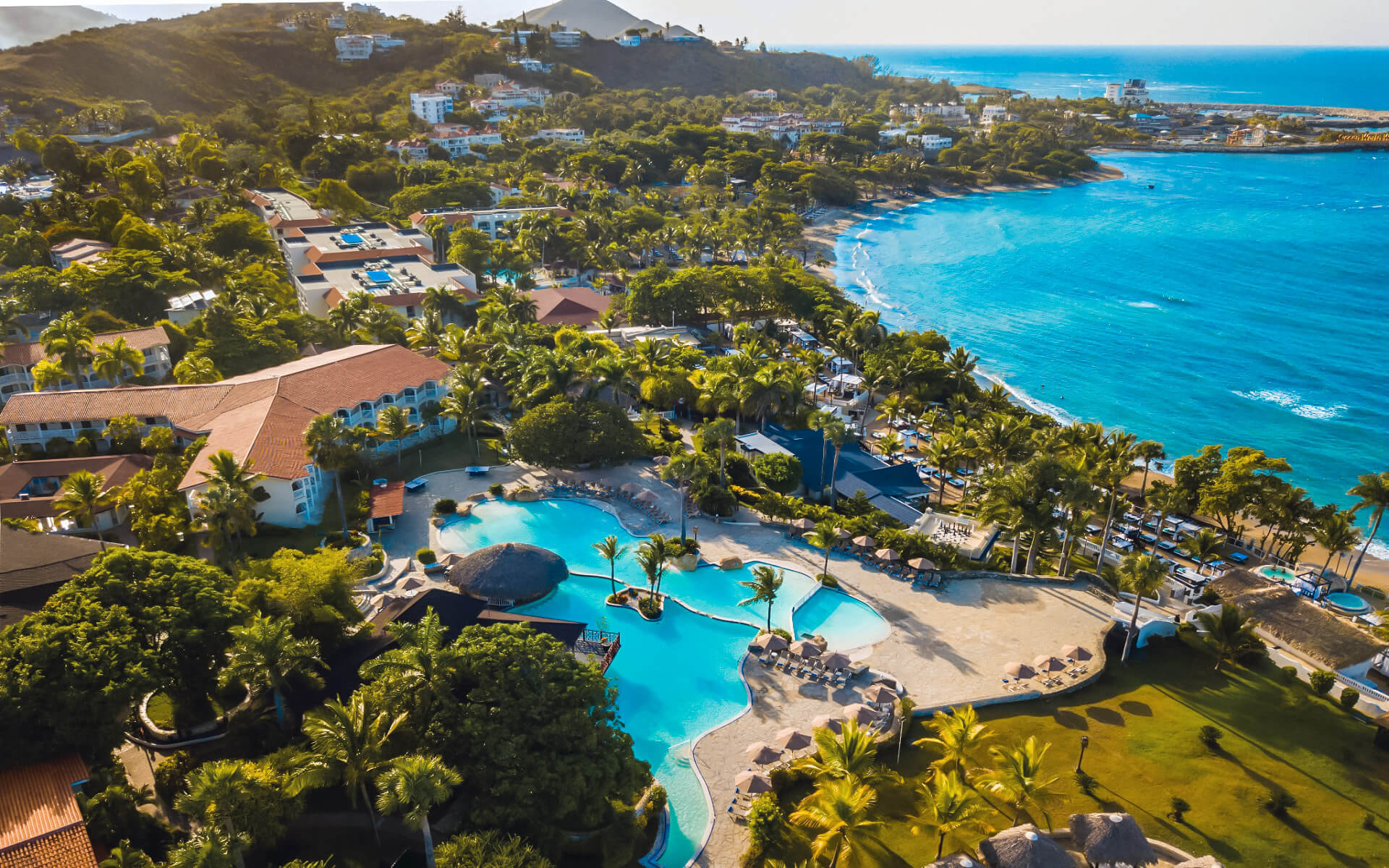 San Felipe de Puerto Plata, sometimes known as Puerto de Plata, is the ninth-largest city in the Dominican Republic and the seat of the province of Puerto Plata. The city is one of the country’s most major commercial ports.

Puerto Plata is well-known for its resorts, including Playa Dorada and Costa Dorada, which are situated east of San Felipe de Puerto Plata. The city has a total of 100,000 hotel rooms. The only aerial tramway in the Caribbean is at Puerto Plata, where tourists may ride up to Pico Isabel de Torres, a 793-meter-high peak inside the city.

The Fortaleza San Felipe, erected in the 16th century and used as a jail during Rafael Trujillo’s dictatorship, is located near the port of Puerta Plata. The ambermuseum is another popular sight in this city. Christopher Columbus’ colony, La Isabela, is situated near Puerto Plata. The Spanish town became well-known in April 1563, when the English slave trader Sir John Hawkins arrived with 400 slaves he had kidnapped from Sierra Leone. Hawkins exchanged his captives for pearls, skins, sweets, and some gold with the Spaniards. This marked the beginning of British participation in the trans-Atlantic slave trade, which resulted in the enslavement of 20 million people.

The city is well-known for its tourist attractions, such as Playa Dorada and Costa Dorada, which are situated to the east of San Felipe de Puerto Plata. The city has a total of 100,000 hotel rooms. The Riu resorts: Bachata – Riu Merengue & Riu Mambo (all-inclusive) are situated close on the beach in Maimon Bay, about 45 minutes from the airport and 9 kilometers from Puerto Plata.

Puerto Plata is serviced by the Gregorio Luperón International Airport, which is located about 15 kilometers east of the city, near the village of La Union.

Ocean World is an adventure park nestled among the reefs of the Beach of Cofres, featuring the world’s biggest man-made dolphin habitat.

The park is a major tourist destination and the Caribbean’s biggest and most comprehensive park of its sort.

This project has a total investment value of more than 45 million dollars. It has a yacht marina, beaches and woodlands, as well as fishbowls, attractive and unusual birds, Malayan tigers, and a newly opened casino.

Ocean World is part of a tourism resort on the Dominican Republic’s north coast.

L. A. Meister, the investor and president of Ocean World, showed considerable interest in the tourism potential of Puerto Plata during its early incursions in this city, as he was guided and orientated by Juan Carlos Moral, the original owner of the Cofres estates.

With its golden dunes and rugged natural surroundings paired with the turquoise of the ocean that often dresses in a turquoise tone with the reflections of the sun during the day and the moon at night. The sceneries, stones, waves, sand, uveros, almonds, yawls, rowboats, music, and dances on these beaches evoke pleasant recollections. Many of them, such as La Poza del Castillo, Cofres, Costámbar, Long Beach, Marapicá, Playa Dorada, Maimón, and Bergantn, symbolize an age of dreams and traditions. The beaches are regarded as one of the city’s key tourist attractions.

The settlement was developed around a small bay, which serves as a natural port. Puerto Plata is the biggest city on the country’s northern coast. El Cupey, Maimón, Los Mameyes, Sabana Grande, El Toro, Tubagua, Yásica Abajo, and San Marcos are among its subdivisions. Isabel de Torres Mountain is located about 5 kilometers southwest of San Felipe. Geographically, it is part of the Septentrional Cordillera, reaching a maximum elevation of 800 meters above sea level. It is feasible to travel to the summit of the mountain by using the Don José Ginebra route. After leaving the city, the roadway continues west, passing through the towns of San Marcos, Piedra Candela, and El Cruce until reaching a paved portion that heads southeast and then straight to the summit. The region around Loma Isabel de Torres has been designated as a National Monument, covering roughly 20 km2. A tropical botanical garden encompassing about 7 acres (28,000 m2) and boasting 600 types of tropical plants is located at the peak.

The Municipality of San Felipe de Puerto Plata is well-known for its agribusiness and tourism, making it a significant contribution to the overall economic prosperity of the nation. Port management, marine vessel construction, fishing, and textiles are examples of other types of revenue and economic growth that help to sustain certain parts of the population. The port has a substantial economic influence on both the national and provincial economies.

The port welcomes cruise ships as well as normal bulk freighters on a regular basis. In the region’s duty-free zones, they export a wide range of goods, including agricultural products and manufactured goods.