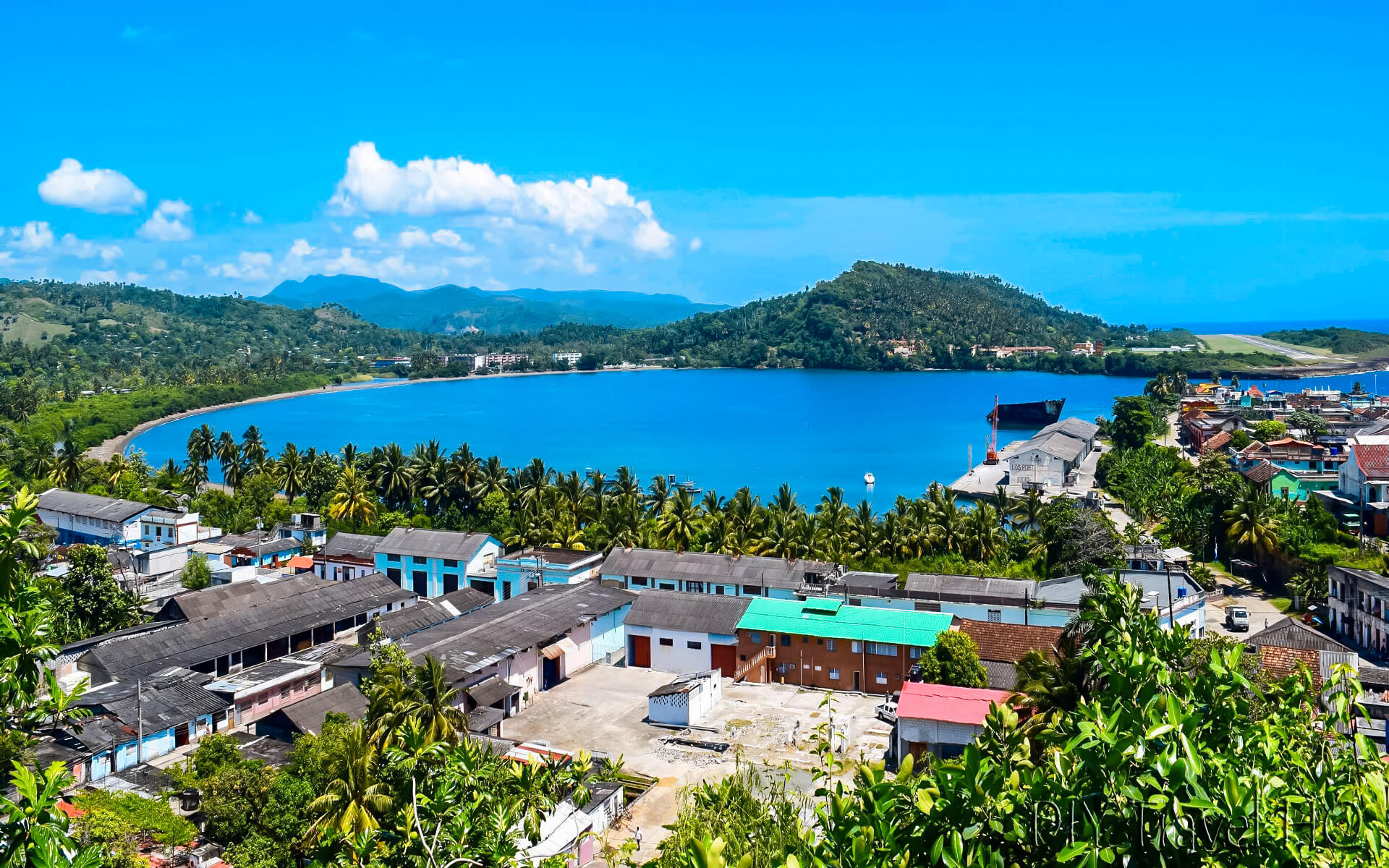 Baracoa is a municipality and city in Guantánamo Province, on Cuba’s easternmost edge. Admiral Christopher Columbus visited it on November 27, 1492, and the first governor of Cuba, the Spanish conquest Diego Velázquez de Cuéllar, built it on August 15, 1511. It is Cuba’s oldest Spanish colony and its first capital (the basis for its nickname Ciudad Primada, “First City”)

Despite its picturesque position, the secluded location at the eastern end of the Cuban island has kept the effect of mass tourism relatively modest. Baracoa may be accessed by bus (four hours) from Santiago de Cuba or by aircraft from Havana (two hours).

The Fuerte Matachn (constructed in 1802) to the east still stands and houses and museums. To the west, the Fuerte La Punta (constructed in 1803) contains a restaurant; close to the fort lies a tiny beach. The third fort, El Castillo, is now Hotel El Castillo and located on a high hill with a spectacular view of the town and both bays. Hotel Porto Santo, Hotel La Rusa, Hostal La Habanera, and Villa Maguana are the other hotels in Baracoa. There are also a few private homes. The earings of the Cruz de la Parra, a cross that Cali is said to have brought from Spain, are housed at the Catedral Nuestra Seora de la Asunción. Although it has been carbon dated to that time period, it is made of a local kind of wood, indicating that at least part of the tale is incorrect.

Near the center Parque Independencia, there are two music venues: the touristic Flan de Queso and the more traditional Casa de la Flana.

The rivers Miel and Toa are nearby, and the latter contains several waterfalls, the most famous of which is ‘el Saltadero,’ which is 17 meters high.

El Yunque (the anvil), a 575-meter-high table mountain, is located 10 kilometers west of Baracoa. It is a plateau remnant, and due of its remoteness, it is home to various unusual kinds of ferns and palms. The only legitimate and simplest route begins at campismo El Yunque (basic accommodations for Cubans exclusively), where a guide is required (about 15 euro).

Salto Fino, the Caribbean’s largest waterfall, is situated in this municipality and is caused by an abrupt plummet in the Arroyo del Infierno (Hell’s stream), a branch of the Quibijan river. This river, along with 71 others, feeds into the Toa river, Cuba’s biggest river. The 305-meter-high Salto Fino waterfall is the world’s 20th tallest water chute.

Baracoa is situated on the site where Christopher Columbus landed on his first expedition to Cuba. The name is supposed to be derived from the indigenous Arauaca language phrase for “sea presence.”

Baracoa is located on the Bay of Honey (Baha de Miel) and is surrounded by a large mountain range (including the Sierra del Purial), making it relatively remote, with the exception of a single mountain road constructed in the 1960s.

The region’s principal products include bananas, coconuts, and cacao. It is the primary chocolate-producing region in Cuba.