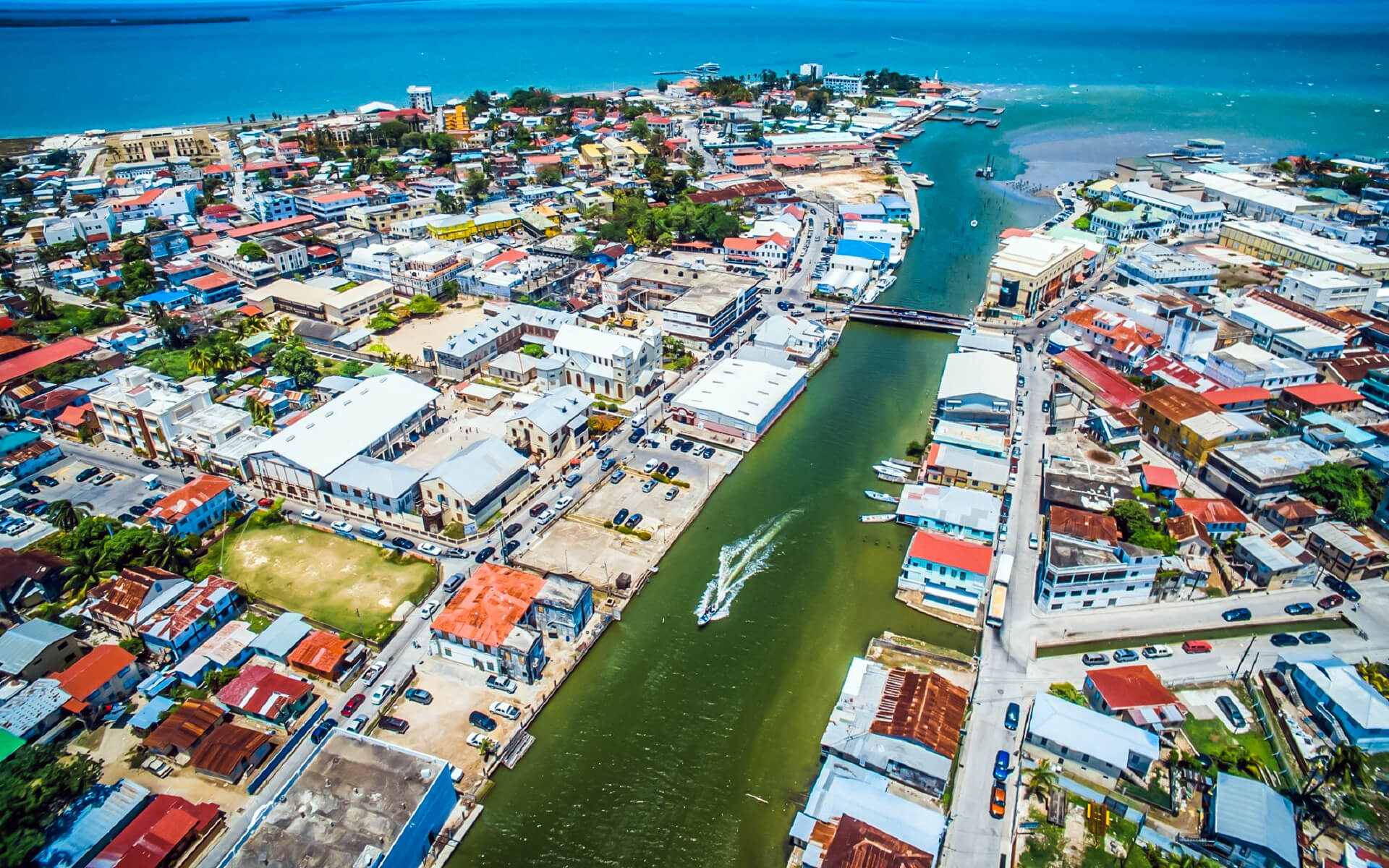 Belize City is the country’s capital and was formerly known as British Honduras. Belize City has a population of 57,169 people living in 16,162 households, according to the 2010 census. It is situated near the confluence of Haulover Creek, a tributary of the Belize River. The Belize River drains into the Caribbean Sea 5 miles south of Belize City along the Philip Goldson Highway on the Caribbean coast. The city serves as the country’s main port as well as its financial and industrial centre. Several cruise ships moor outside the harbor and are catered to by locals. When Hurricane Hattie blew ashore on October 31, 1961, it nearly completely destroyed the city. It served as the capital of British Honduras (as Belize was known at the time) until 1970, when the government relocated to the new city of Belmopan.

At the Haulover Bridge, Belize City is located at Mile 6 on the Western Highway and Mile 5 on the Northern Highway. The city proper is traditionally split into two sections: Northside, which is surrounded by Haulover Creek and ends in the east at the Fort George region, and Southside, which extends to the outskirts of the city and includes downtown. Politically, it is split into 10 seats, which are explained further below.

The Belama, Coral Grove, Buttonwood Bay, and Vista Del Mar suburbs are located in Freetown, Northside’s westernmost constituency. It reaches up to the old Belize Technical College region inside the municipal limits.

Caribbean Shores contains Kings’ Park, a tiny suburb north and west of Freetown Road, West Landivar, which houses two of the University of Belize’s three City campuses, and University Heights, a residential neighborhood. Pickstock is located on the banks of Haulover Creek, which extends all the way to Barrack Road. St. John’s Cathedral is located on Albert Street’s southern terminus. St. John’s is Central America’s oldest Anglican Church and one of Belize’s oldest structures. The orange bricks arrived in Belize as ballast on British ships. The church’s construction started in 1812 and was finished in 1820. St. John’s is the only Anglican cathedral outside of England where kings have been crowned.

Some of the city’s poorest citizens live on the Southside in Lake Independence, Collet, and Port Loyola. “London bridges,” rickety wooden pallets connecting houses, and low-strung poles are typical here. Mesopotamia, Queen’s Square, and Albert are somewhat better on the east side of Central American Boulevard. Albert includes the downtown streets of Albert and Regent.

The bulk of working Belizeans commute to downtown workplaces or ply their trade on the street corners. Belize City is home to all of Belize’s main banks and the Central Bank, as well as practically all insurance centers, markets, and other businesses. Belize City serves as a national and international air, marine, and road transportation hub.