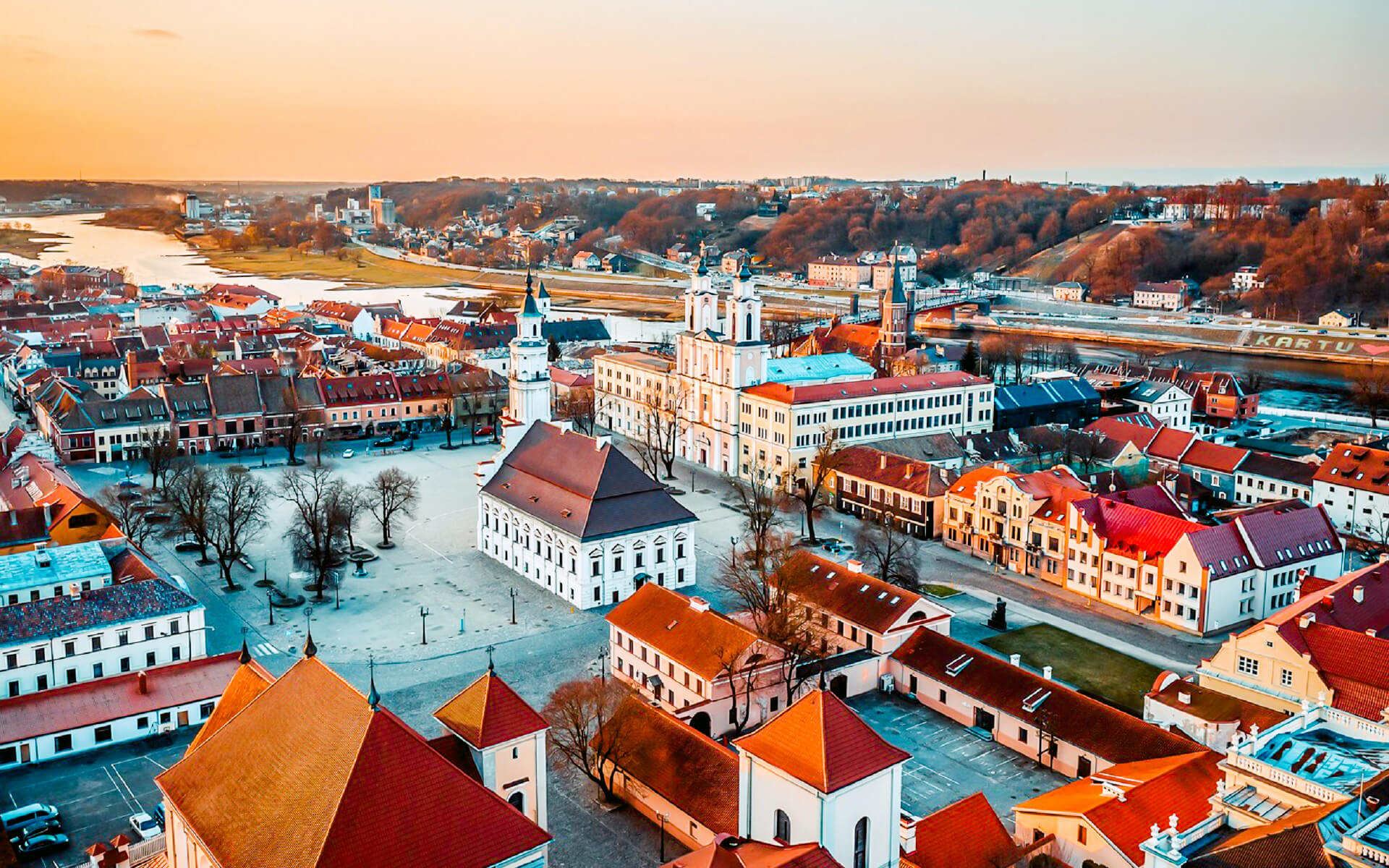 Kaunas is Lithuania’s second-largest city and has long been a center of Lithuanian economic, intellectual, and cultural life. Since 1413, Kaunas has been the largest city and county seat of Trakai Municipality in the Grand Duchy of Lithuania. From 1843 until 1915, it was the capital of the Kaunas Governorate in the Russian Empire. During the interwar era, it became Europe’s sole temporary capital city. It is now the county seat of Kaunas, as well as the headquarters of the Kaunas city municipality and the Kaunas District Municipality. It also serves as the headquarters of the Roman Catholic Archdiocese of Kaunas. Kaunas is situated at the junction of the two main Lithuanian rivers, the Nemunas and the Neris, as well as near the Kaunas Reservoir, Lithuania’s largest body of water.

Kaunas, located in central Lithuania, is the country’s second largest city, with roughly 350,000 residents . For a period, it served as temporary capital, benefiting from investment and prestige.

Some of Kaunas’ most notable features include:

Kaunas is known for its extensive cultural life. The major venue for classical music events is the Kaunas Symphony Orchestra. In Kaunas, there is a historic circus tradition. In the early nineteenth century, a static circus was created in Kaunas’ Vytautas park. Baltic Circus, Lithuania’s sole professional circus organization, was created in Kaunas in 1995. Kaunas theatres has played an important role in Lithuanian society. There are at least seven professional theatres, several amateur theaters, ensembles, and numerous art and sports organisations. Theatres of diverse forms are some of the outstanding representations of cultural life in Kaunas.

Kaunas has a humid continental climate (Köppen climatic classification Dfb) with an annual average temperature of around 6 °C (43 °F).

Despite its northern position, Kaunas has a comparatively warm climate when compared to other sites in comparable latitudes, owing mostly to the Baltic Sea. Due to its location, daylight in Kaunas ranges from 17 hours in summertime to roughly 7 hours in midwinter. The Kazl Rda Forest, located west of Kaunas, creates a microclimate surrounding the city, controlling humidity and temperature and shielding it from strong western winds.

The city has a total area of 15,700 hectares. 8,329 hectares are dedicated to parks, woods, gardens, natural reserves, and agricultural areas.

Companies from the United States, Finland, Estonia, Denmark, and Russia are the primary foreign investors in Kaunas. Several major international and Lithuanian companies have their headquarters in Kaunas, including “Kraft Foods Lietuva,” the largest Generic Pharmaceuticals producer in Lithuania “Sanitas,” the largest producer of sportswear AB “Audimas,” one of the largest construction companies “YIT Kausta,” JSC “Senukai,” the largest producer of strong alcoholic drinks in Lithuania JSC “Stumbras,” the Finnish capital brewery JSC “Ragutis,” JSC “F Kaunas is considered one of Lithuania’s largest logistical centers due to its geographical position. In Kaunas has been operating the biggest wholesale, distribution, and logistics firm in Lithuania and Latvia, JSC “Sanitex,” as well as a subsidiary of material handling and logistics company Dematic in the Baltics. Lithuanian Railways, the national state-owned railway corporation, is currently preparing a feasibility study for the Kaunas Public Logistics Centre. The “Margasmilt” firm is now working on a project including the exploitation of the Pagiriai anhydrite deposit. The project involves anhydrite mining, a mine with subterranean warehouses, the construction of an overground transport terminal, and the construction of an administration structure. The Pagiriai anhydrite deposit is situated 10.5 kilometers (6.5 miles) south of Kaunas’ city and 2.2 kilometers (1.4 miles) southwest of Garliava. The Pagiriai deposit has 81.5 million tons of well investigated anhydrite deposits.

In Kaunas, there are also some creative firms, such as the top distributor of computer components, data storage media “ACME group,” internet and TV provider, communications JSC “Mikrovisata group,” developer and producer of original TV and embedded technologies JSC “Selteka.” The Kaunas-based joint Lithuanian-German corporation “Net Frequency” provides multimedia and technological services. JSC “Baltijos Programin ranga,” a subsidiary of No Magic, Inc., produces world-leading software modeling tools in Kaunas. In February 2011, the South Korean business LK Technology launched an LED lighting assembly facility in Kaunas. JSC “Baltic car equipment” is a pioneer in the Baltic nations in the production of electronic equipment for autos. It also specializes in the establishment of new telemetry, data bases, and mobile payment initiatives. The Kaunas Free Economic Zone, which was formed in 1996, has also attracted some foreign investors, including the creation of a new 200 MW Cogeneration Power Plant proposal proposed by the Finnish capital business Fortum Heat Lithuania. Air Lithuania had its headquarters in Kaunas prior to its demise. The Kaunas Hydroelectric Power Plant is Lithuania’s biggest.

Some noteworthy modifications are now under development or in the midst of litigation. The Žalgiris Arena, a new landmark of Kaunas, started building in the fall of 2008. It was finished in August of 2011. The Vilijampole area on the right bank of the Neris and Nemunas rivers, near their confluence, is now being discussed for additional development.

There are free Wi-Fi hotspots all across the city, particularly in restaurants. Since June 2009, all Laisves aleja have had free Wi-Fi.

Since 1999, the Kaunas area tourist information center has been providing tourism information. It also has offices in Kaunas International Airport, Central Train Station, Kaunas Bus Station, and the “Park Inn by Radisson Hotel.”