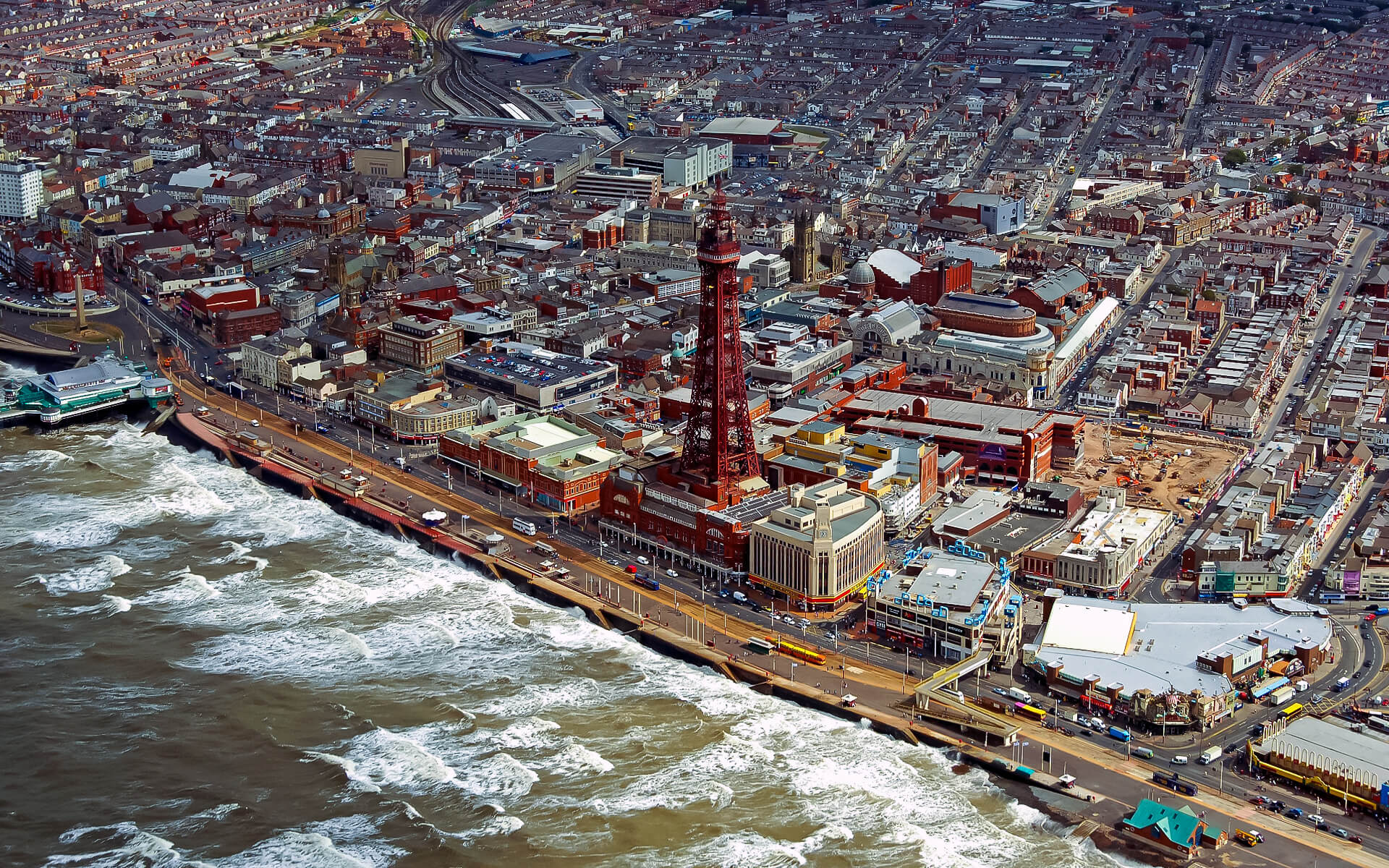 Blackpool was a seaside hamlet in Lancashire’s Hundred of Amounderness during the Middle Ages and Early Modern era, and remained such until the mid-18th century, when it became popular in England to come to the shore in the summer to bathe in sea water to enhance one’s well-being. Visitors to Blackpool’s 7-mile (11-kilometer) sandy beach may utilize a new private road constructed by Thomas Clifton and Sir Henry Hoghton in 1781. In the same year, stagecoaches started travelling from Manchester to Blackpool, then Halifax to Blackpool in 1782. Henry Banks and his son-in-law John Cocker developed additional structures in Blackpool in the early nineteenth century, resulting in a population increase from fewer than 500 in 1801 to over 2,500 in 1851. In 1821, Blackpool’s St John’s Church was dedicated.

When a railway was constructed in the 1840s linking it to the industrialized parts of Northern England, Blackpool became a prominent tourist destination in England. The railway made it more simpler and cheaper for tourists to access Blackpool, resulting in an influx of residents and the incorporation of Blackpool as a borough in 1876, with its own town council and aldermen. In 1881, Blackpool was a thriving resort with a seafront lined with piers, fortune-tellers, public houses, trams, donkey rides, fish-and-chip shops, and theatres, with a population of 14,000 people. By 1901, Blackpool had grown to a population of 47,000 people, cementing its reputation as “the classic British seaside resort.” It had expanded to 147,000 people by 1951.

In the late twentieth century, changes in preferences, along with options for Britons to go abroad, had an impact on Blackpool’s standing as a major resort. Despite this, Blackpool’s urban fabric and economy remain largely undiversified and strongly based in the tourist industry, with millions of people flocking to the borough’s beachfront each year. Blackpool Tower, Blackpool Illuminations, the Pleasure Beach, Blackpool Zoo, Sandcastle Water Park, the Winter Gardens, and the UK’s only surviving first-generation tramway are among the city’s principal attractions and monuments.

Blackpool is the most popular beach resort in the United Kingdom. It is located in the North West of England.

Every year, almost 12 million people visit Blackpool, making it the most popular vacation destination in the United Kingdom. Many visitors come to see the town’s two most popular attractions, Blackpool Pleasure Beach and Blackpool Tower, but there are also three piers, several amusement arcades, seven miles of beaches and pedestrian promenade, and a thriving nightlife.

With the introduction of package vacations to the Mediterranean, Blackpool has struggled to find a new position after a heyday in the first part of the twentieth century when the working classes acquired independence and disposable cash. It has long utilized the Blackpool Illuminations light display to prolong its tourist season into the fall months, and it has lately lobbied the government to enable the renovation of its prominent seaside Golden Mile with Las Vegas-style casino hotels in an effort to turn it into a gambling paradise.

While many visitors visit Blackpool these days for weekend partying (typically hen or stag parties), an older clientele appreciates the town’s heritage. The Tower Ballroom is still a ballroom dance hotspot across the world, and many people remember Reginald Dixon playing his Wurlitzer organ and singing songs like “Oh I do like to be near the ocean,” which has become associated with the town.

According to the Köppen climatic classification system, Blackpool, like the rest of the UK, has a moderate maritime climate. As a result, the summers are typically cold, with frequent gloomy skies and a narrow yearly temperature variation.

While there are many small enterprises and self-employed persons in Blackpool, there are also some significant employers. Other government offices are headquartered at Warbreck and Norcross farther up the Fylde coast, including the government-owned National Savings and Investments and its Hardware random number generator, ERNIE (“Electronic Random Number Indicator Equipment”), which generates the Premium Bond numbers. Burton’s Biscuit Company Tangerine Confectionery makes biscuits and other confectionery items, Klarius UK makes automotive components, Victrex makes high-performance polymers, and the Glasdon Group makes trash bins, park benches, and reflective road signs out of plastic.

At its Bispham facility, TVR used to make sports vehicles. Swallow Sidecar Company, the precursor of Jaguar Cars, was founded in Blackpool.

According to a 2015 HSBC study on rental yields, Blackpool is one of the top three cities with the greatest rental yields. The many urban revitalization initiatives, the inexpensive property prices, and the strong rental returns all contribute to a highly favorable climate for real estate investors.

Many Blackpool inhabitants work in the retail industry, either in the town centre or at retail parks on the outskirts of town.