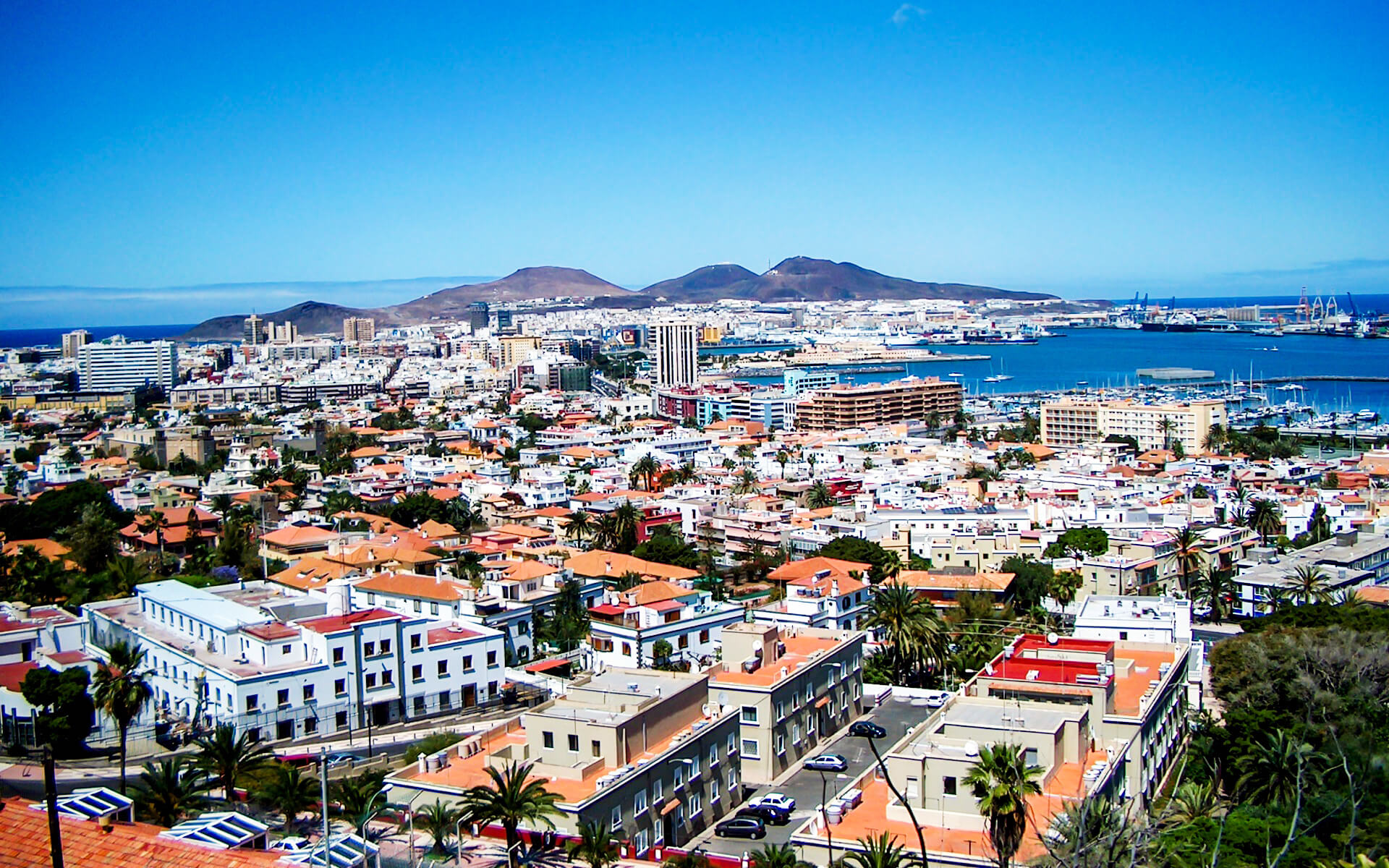 Las Palmas, formally Las Palmas de Gran Canaria, is the capital of Gran Canaria island in the Canary Islands, off the northwest coast of Africa.

It is the co-capital (together with Santa Cruz de Tenerife), the most populated city in the Canary Islands autonomous community, and the ninth biggest city in Spain, with a population of 383,308 in 2010. It is also Spain’s fifth most populated urban area and (depending on sources) the ninth or tenth most populous metropolitan region.

Las Palmas is situated in the northeastern portion of Gran Canaria, about 150 kilometers (93 miles) from the Moroccan coast in the Atlantic Ocean. It has a relatively moderate and pleasant semi-arid climate that is heavily impacted by the Atlantic, with mild to warm temperatures all year. It has an annual temperature of 21.3 degrees Celsius (70.3 degrees Fahrenheit). According to a study conducted by Thomas Whitmore, head of climatology research at Syracuse University in the United States, Las Palmas has “the greatest climate in the world.”

The annual average relative humidity is 66%, ranging from 64% in March to 69% in October. Sunshine duration hours exceed 2,800 every year, ranging from roughly 190 in winter (average over 6 hours of daytime sunshine length) to around 300 in summer (average 10 hours of sunshine duration at day). It rains on average just 22 days each year, with a total annual precipitation of only 151 millimeters (5.9 in).