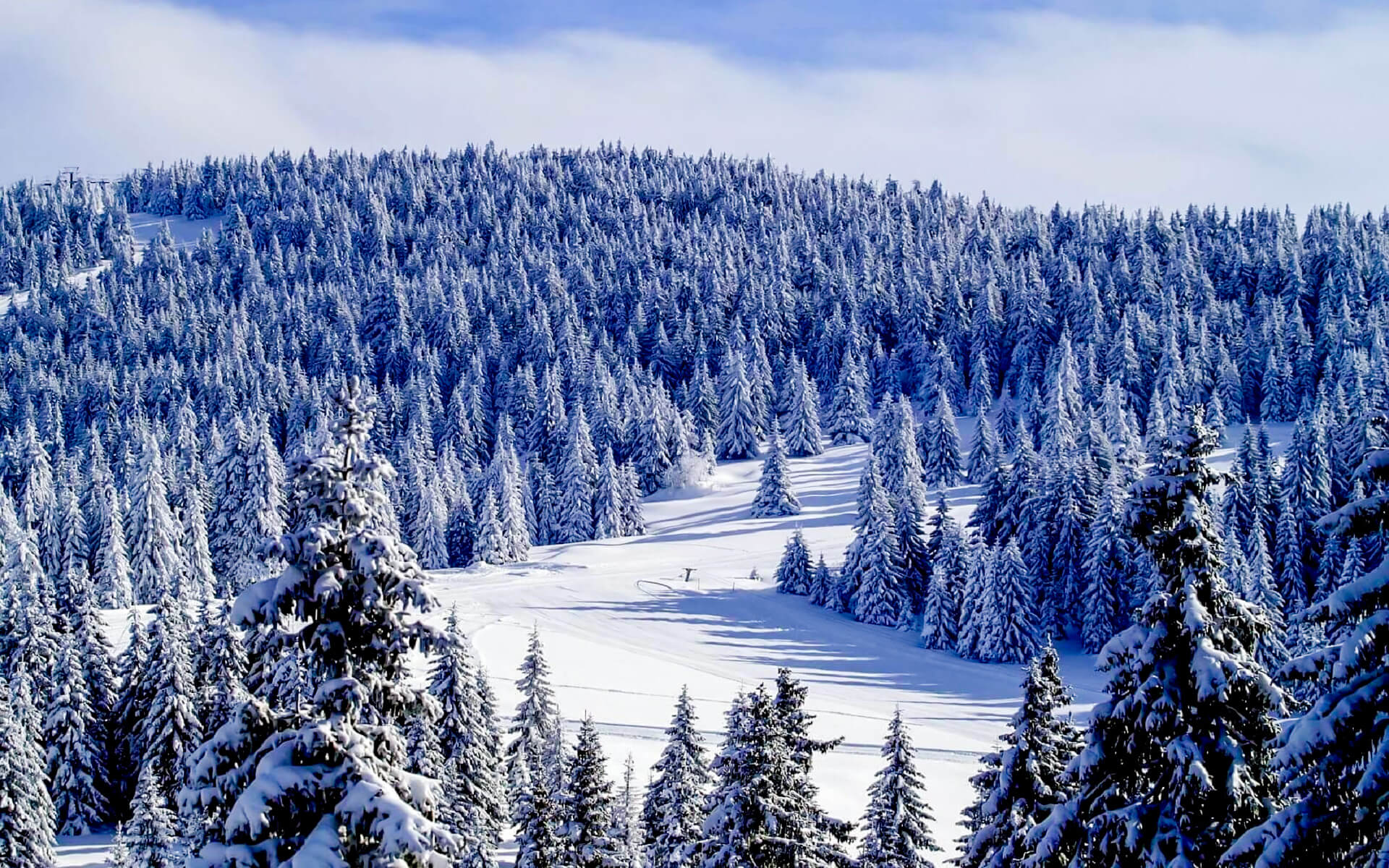 Kopaonik is one of Serbia’s and Kosovo’s largest mountain ranges. It is situated in central Serbia and the northern regions of Kosovo. Pančić’s Peak, its highest point, is 2,017 m (6,617 ft) above sea level.

Kopaonik is Serbia’s biggest ski resort and, after Bulgaria’s Bansko, the largest in Southeast Europe. There are 25 ski lifts that can accommodate 32,000 skiers per hour. In 1981, a national park was created over 118.1 km2 (45.6 sq mi) of the Kopaonik plateau’s central plateau.

Kopaonik is Serbia’s biggest and longest mountain range (120 km). It is located in the Raška area. The Kopaonik mountain massif (Kopaoničke planine) consists of the Kopaonik, Željin, Goč, and Stolovi mountains. Between November and May, there is snow, and there are 200 sun days.

Kopaonik has a long and illustrious history. In the Middle Ages, the region was an important mining location, with a significant Saxon colony working there. Trade with the Republic of Ragusa was brisk.

Apart from historic churches and monasteries like as Đurđevi stupovi, Studenica monastery, Sopoćani and Gradac Monastery, there are also other early and medieval strongholds erected by Serbian kings on the heights. Maglič is the closest Serbian medieval castle.

During WWII, the Yugoslav Partisans were active in the area.

The southern sections of Kopaonik were to be given from NR Serbia to its autonomous province Kosovo and Metohija as part of territorial rearrangement in the mid-1950s. Leposavić was integrated into the province in 1959.

Because of its position, temperature, abundant woods, diversity of flora, and space for vacation and pleasure, 12,000 hectares of the range were designated as a national park in 1981.

The flora of Kopaonik is distinguished by a vast number of indigenous plant species (the Balkan beech, fir, spruce, yew, several kinds of maple, pine and oak). The fauna is likewise varied, although its concentration fluctuates according on habitat quality.

Because of its position, temperature, abundant woods, diversity of flora, and space for vacation and pleasure, 12,000 hectares of the range were designated as a national park in 1981. The majority of the park’s wooded terrain is made up of deciduous woods and native coniferous woodland. Rock partridge, scops owl, red-backed shrike, and wood lark are among the numerous bird species found at Kopaonik. Because of the park’s extensive logging and deforestation, soil erosion is a major concern.

The national park is located in a rather flat terrain at an elevation of around 1,700 m. (5,577 ft). Suvo Rudište is the name given to the center Kopaonik plateau. It is encircled by mountain peaks. To the north and northwest of this plateau lies Banjski Kopaonik, which is home to Jošanička Banja, whose hot springs reach temperatures of 88 °C (190 °F). The pleasant and gorgeous valley of the Samokovska River begins just under the Suvo Rudište plateau, and is distinguished by its steep flow, many rapids, falls, and gorges. Kopaonik has about 200 bright days each year and around 160 days with snow.

Kopaonik is Serbia’s most important winter tourist destination. Sports and leisure are important components of Kopaonik tourism. Kopaonik is primarily a skiing and snowboarding resort. Tennis is one of the numerous activities available. Other attractions for travellers include a nice hotel and entertainment. There are several cafés, pubs, and nightclubs in Kopaonik.

It offers 24 ski lifts and 70 kilometers (43 miles) of ski slopes for all skill levels. A gondola connecting Brzece and the ski resort is currently under development.

The length and quality of snowfall, as well as the superb skiing fields, have attracted an ever-increasing number of visitors. Winters in Kopaonik are warm, with plenty of snowfall.

On average, there are roughly 200 bright days each year, with 160 days covered in snow. Every year, from March 23 to March 29, there is also a music festival called Big Snow Festival. International reggae, jazz, and electronic music acts will take part in the event. For serious skiers and snowboarders, the ski resort features a Snow Park. This mountain range has huge tourist development potential. The park as a whole is distinguished by its outstanding natural beauty: huge areas of grassland, gorgeous woods comprised of a diverse range of tree species, beauty spots, and deep river gorges. The snow cover lasts a long time on this mountain, and due to its favorable relief, there are great circumstances for the growth of winter tourism there. The Kopaonik tourist resort contains hotels, rest houses, chairlifts, remarkable ski slopes, spas, and a variety of other tourist services.

The Serbian and European aristocracy congregate in Kopaonik. Many international ambassadors and presidents spent their vacations here. In downtown Kopaonik, the crown prince of Abu Dhabi, Mohammed bin Zayed Al Nahyan, and Novak Djokovic are building hotels and private apartments.