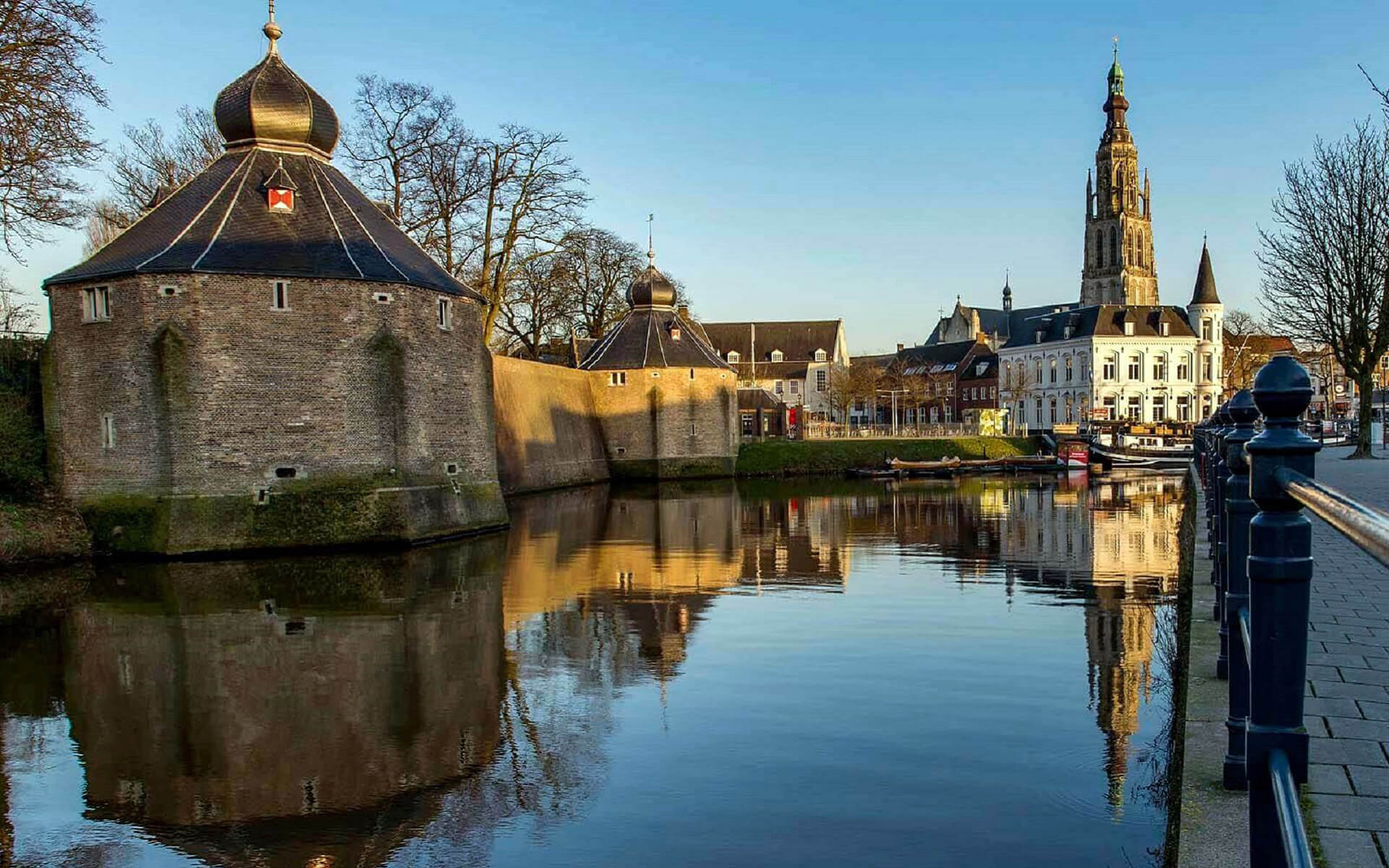 Old structures and remnants of the city’s moats and harbor may be found in the city’s historic core. The Grote Markt, the city’s central plaza, serves as a gathering place for locals and tourists alike.

Breda’s main train station and the Grote Markt are both within walking distance of Park Valkenberg.

In town, the VVV has two offices. The main office is opposite the railway station, although there is a smaller office on the Grote Markt with more restricted hours.

Economic activity was mostly industrial in the past. Breda was a hub for the food and beverage sector. Throughout Western Europe, brands such as Hero (lemonade), Van Melle (Mentos), De Faam (liquorice), and Kwatta (chocolate) are well-known. Breda also had a sugar plant, which supplied some of the city’s most well-known goods. BREDA beer is a world-famous beverage produced in this area.

Breda also used to be home to the Netherlands’ biggest brewery (Oranjeboom). The brewery was shuttered in 2004 by Interbrew, the Belgian owner. Breda beer manufacturing was shifted to Bremen and Leuven when the Oranjeboom Brewery closed, until Randalls Brewery (in Guernsey) regained the license in 2008. Guernsey is currently the only spot on the planet where you can get draught Breda.

However, the city’s economy was unaffected by the reduction in industrial activity. Breda is now a service-oriented economy built on commerce, logistics, and business. Breda is increasingly becoming the headquarters for multinational corporations with Benelux activities. Abbott Laboratories, General Electric, ExxonMobil, Texaco, Scania, Dockwise, Toshiba, Alfa Laval, Krohne Oil & Gas, General Motors, Ritchie Bros. Auctioneers, and Amgen are some of these firms. In addition, firms like Hero Group, Perfetti Van Melle, Anheuser-Busch InBev, and Royal Cosun continue to dominate the food market (nl). In addition, the city is home to the Royal Netherlands Air Force’s headquarters. The city also draws logistics industries due to its strategic position between the ports of Antwerp and Rotterdam.

Breda’s major retail districts are the city center and the southern section of the city. De Barones and ‘t Sas are well-known retail centers. The Eindstraat, Ginnekenstraat (nl), Wilhelminastraat, and Ginnekenweg are the main retail streets. Every Tuesday and Friday from 9 a.m. to 1 p.m., a market is held on the Grote Markt. On Wednesdays from 9 a.m. to 5 p.m., there is a book and antique market.