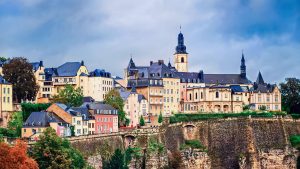 Luxembourg’s culture has been eclipsed by those of its neighbors. It has retained a lot of folk customs despite being a very rural nation for most of its history. There are many noteworthy museums, the most of which are concentrated in the capital. The National Museum of History and Art (NMHA), the Luxembourg City History Museum, and the upcoming Grand Duke Jean Museum of Modern Art are among them (Mudam). Diekirch’s National Museum of Military History (MNHM) is well-known for its depictions of the Battle of the Bulge. The historical significance of Luxembourg’s fortifications has earned the city of Luxembourg a place on the UNESCO World Heritage List.

The country has produced several globally renowned artists, including painters Théo Kerg, Joseph Kutter, and Michel Majerus, as well as photographer Edward Steichen, whose The Family of Man exhibition was included to UNESCO’s Memory of the World list and is now permanently preserved in Clervaux. Loretta Young, the actress, was of Luxembourgish ancestry.

Luxembourg is the only city to have twice been designated European Capital of Culture. The first time it happened was in 1995. The Grand Duchy of Luxembourg, the Rheinland-Pfalz and Saarland in Germany, the Walloon Region and the German-speaking portion of Belgium, and the Lorraine region in France were to be the European Capitals of Culture in 2007. The event was an effort to encourage mobility and the interchange of ideas by physically, mentally, aesthetically, and emotionally transcending boundaries.

Luxembourg had its own pavilion at the World Expo 2010 in Shanghai, China, which ran from 1 May to 31 October 2010. The pavilion was inspired by the Chinese translation of the term Luxembourg, “Lu Sen Bao,” which means “Forest and Fortress.” It portrayed Luxembourg as the “Green Heart of Europe.”

Unlike in most other European nations, sport in Luxembourg is not centered on a single national sport, but rather on a variety of team and individual activities. Despite the absence of a central athletic emphasis, more than 100,000 Luxembourgers, out of a total population of just 512,353, are licensed members of one or more sports federations. The country’s biggest sporting facility, d’Coque, is an indoor arena and Olympic swimming pool in Kirchberg, north-eastern Luxembourg City, with a capacity of 8,300. The arena hosts basketball, handball, gymnastics, and volleyball matches, including the 2007 Women’s European Volleyball Championship final. The national stadium (and the country’s biggest) is the Stade Josy Barthel in western Luxembourg City; named after the country’s lone recognized Olympic gold medalist, the stadium seats 8,054.

Luxembourg cuisine reflects its location on the border between the Latin and Germanic cultures, with cuisines from neighboring France and Germany significantly influencing it. It has lately been enhanced by the large number of Italian and Portuguese immigrants.

The majority of local Luxembourg meals, eaten as customary everyday fare, have origins in the country’s folk cuisines, as do those of neighboring Germany.