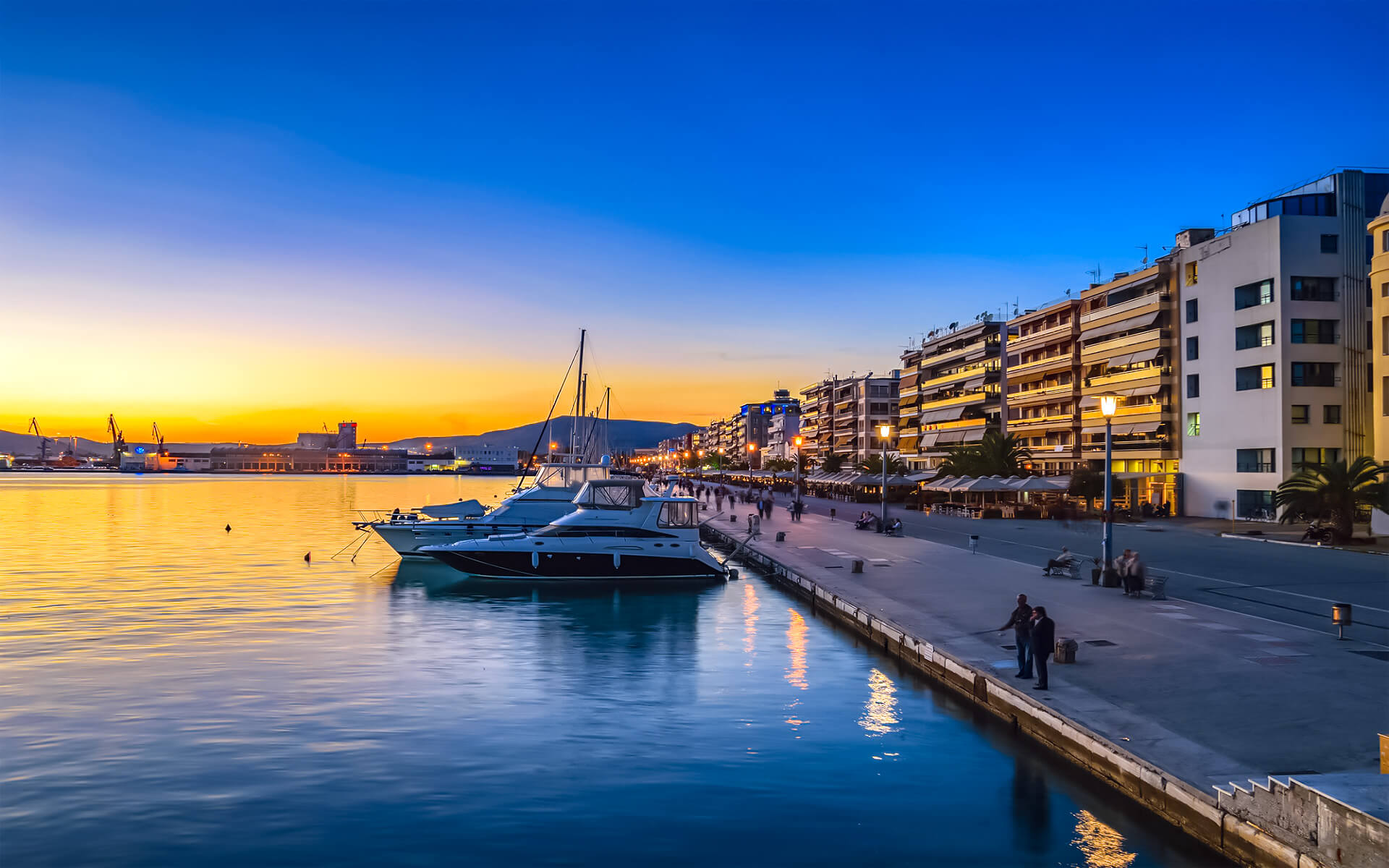 Volos is a seaside port city in Thessaly located approximately 326 kilometers (203 miles) north of Athens and 215 kilometers (134 miles) south of Thessaloniki on the Greek peninsula. It is the administrative center of the Magnesia regional unit. Volos is the country’s sole seaport from Thessaly, the country’s biggest agricultural area. It is a major industrial center, with a population of 144,449 (2011), and its port serves as a link between Europe, the Middle East, and Asia.

Volos is the newest of the Greek coastal cities, having a substantial number of contemporary structures built in the aftermath of the devastating earthquakes of 1955. It contains the municipalities of Volos, Nea Ionia, and Iolkos, as well as a number of smaller suburban villages. The city’s economy is built on manufacturing, commerce, services, and tourism. The city, which is home to the University of Thessaly, also has facilities for conferences, exhibits, and significant athletic, cultural, and scientific events. Volos hosted the Olympic Games in 2004, and the city has subsequently hosted numerous sporting events like as the European Athletic Championships. From July 27 to August 5, 2013, Volos held the 7th International Olympiad in Astronomy and Astrophysics.

Volos (Greek: Βόλoς) (Population: 144,449) is the fifth largest city (and third largest port) in Greece, located in Thessaly, about halfway between Athens (326 km) and Thessaloniki (219 km). Volos is an industrial city with a major port, but there are a few hidden jewels here that you could discover as you pass through on your way to the islands or Pelion.

Volos has been nominated to be the European Capital of Culture in 2021.

Volos, unlike other Thessalian plain cities, has a warm Mediterranean climate with hot but manageable summers (albeit a touch humid) and mild winters. The finest seasons to visit the city are spring and autumn, winter is ideal for visiting the Pelion mountain villages, and summer is ideal for visiting the region’s many beaches on the Pagasetic Gulf and the Aegean Sea.

Volos has pleasant weather all year, owing to its location on the slopes of Mount Pelion, the mythological mountain of the centaurs, and being limited to the southeast by Goritsa Hill. The sea and mountain winds dominate in all metropolitan regions.

The administrative center of the Magnesia regional unit is Volos. Many city domains are divided by natural barriers, such as rivers.

Three major rivers/mountain torrents all emerge from Mount Pelion (with a peak elevation of 1,610 meters (5,280 feet) and run through the city, creating a distinct urban landscape until finishing in the Pagasetic Gulf to the west. The Anavros river, famed for Jason’s pass, separates the Nea Demetriada neighborhood from the rest of the city. Krausidonas is the principal river that runs through the city and serves as the natural lung of Volos’ urbanized region, as well as the border between the metropolitan city’s major municipalities, Volos and Nea Ionia. Xirias (), the greatest stream of Volos’ metropolitan urban region, flows through the Nea Ionia municipal district.

Volos is one of Greece’s most industrialized provincial cities, owing to its strategic position between the country’s two main population centers (Athens and Thessaloniki) and its port. Steel production and manufacture are intensively specialized industries, and METKA has two huge facilities in the industrial district of Volos, while large factories of SIDENOR – a steel producer – operate in close proximity from the neighbouring city of Almyros. Hellenic Steel Industry (o) also has manufacturing facilities in Volos, and AGET – Hraklis, a part of the Lafarge group, runs one of the world’s biggest cement mills (with a capacity of more than 7,000,000tn) with its own private harbor next to the city. Volos is also involved in research, housing the CERETETH.

There are several internet cafés, the majority of which are utilized to play online games. Most cafés, as well as Public, provide free WiFi connection.