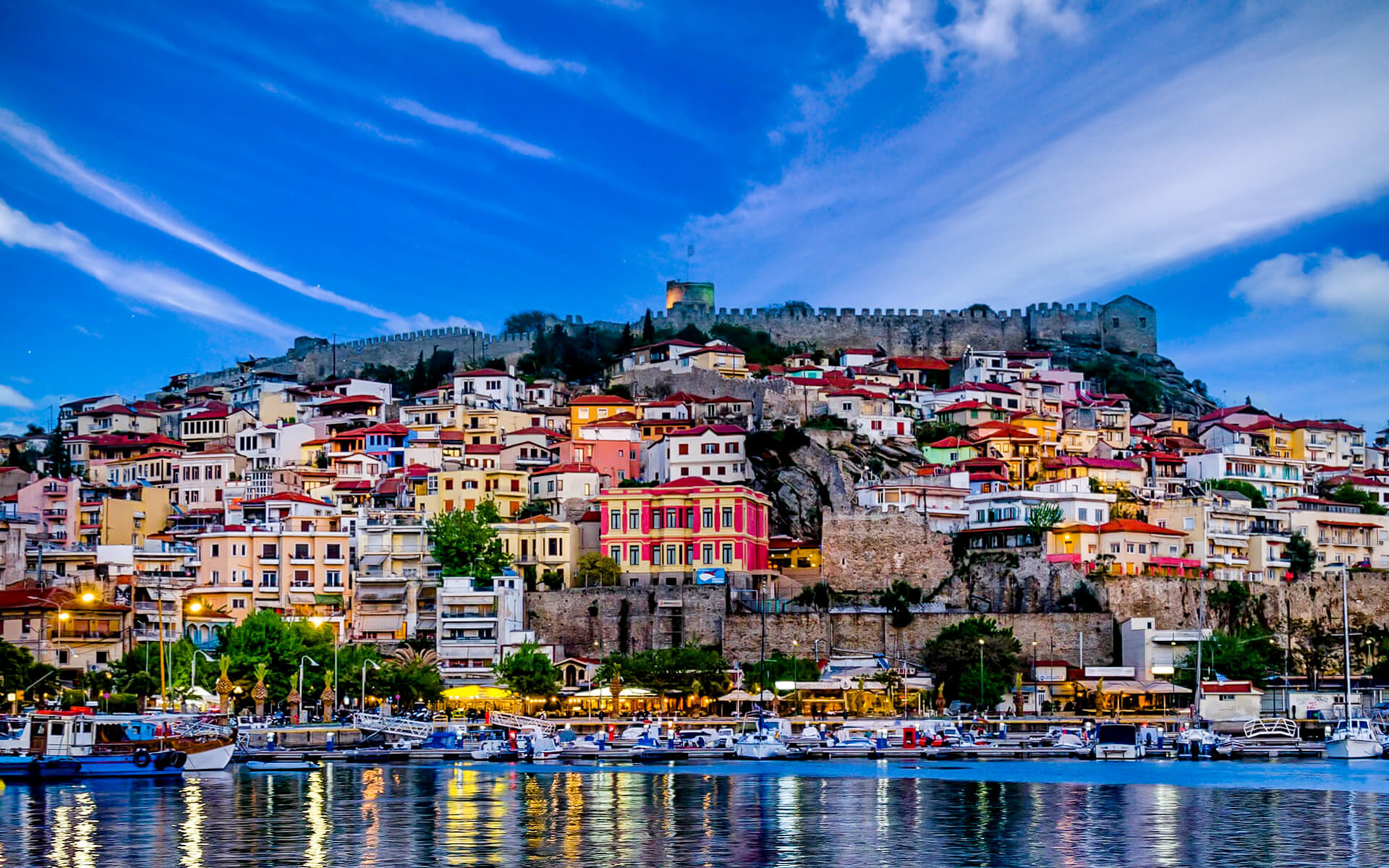 Kavala (Greek:Kαβάλα) is a city in northern Greece that serves as the main seaport for eastern Macedonia and serves as the capital of the Kavala regional unit.

It is situated on the Bay of Kavala, across from the island of Thasos and located on the Egnatia motorway, a one-and-a-half-hour drive to Thessaloniki(160 kilometres (99 miles) west) and a forty-minute drive to Drama (37 km (23 miles) north) and Xanthi (56 km (35 miles) east).

Most guidebooks barely mention Kavala in passing, despite the fact that it is one of the most attractive minor towns in Greece, with a diverse variety of tourist attractions. A multitude of trip opportunities in the surrounding region, as well as several lovely, uncrowded beaches, ancient sites, and natural beauty spots, making it a fun-filled holiday destination.

Kavala provides a diverse range of cultural events, the most of which take place during the summer months. The Festival of Philippi, which runs from July to September and includes theater plays and music concerts, is the most popular. It has been the most major cultural event in the city and one of the most important in Greece since 1957.

Cosmopolis is an International Festival hosted in Kavala’s Old Town that introduces visitors to cultures from across the globe via dance and musical ensembles, traditional national foods, films, and exhibitions at participating nations’ kiosks.

Concerts and music workshops are part of Giannis Papaioannou’s Festival.

Ilios ke Petra (Sun and Stone) (July): a festival conducted in Nea Karvali’s “Akontisma.” The festival has a folkloric feel to it, with traditional dance groups from all around the globe taking part.

Moreover, during the summer, many cultural events are organized in all towns of Kavala.

The predominant ingredients of Kavala courses are fish and sea cuisine, as well as goods from the local animal breeding and agricultural industries. Traditional local cuisines in Kavala have been inspired by the food of refugees from Pontos, Asia Minor, and Kappadokia. Fresh fish and sea cuisine, salted food, mackerel “gouna” (grilled sun-dried mackerel), sardine pantremeni, mussels with rice, herring saganaki, anchovies wrapped in grape leaves, stuffed eggplant: these are some well-known dishes in Kavala and the surrounding coastal communities. The grapes, wine, and tsipouro produced in the region, as well as the kourabiedes (sugar-coated almond cookies) from Nea Karvali, are especially well-known.

Summers in Kavala are hot and dry (from mid-June to mid-September) while winters are damp and chilly (November to April). It is not as hot as southern Greece in the summer, but it is colder in the winter. The swimming season runs from early May through mid-October. There is little rain from mid-June to late August, making this the greatest time to visit (but also the hottest). If you don’t mind the heat of summer and don’t mind a few wet days, the optimum time to visit is from mid-May to mid-June and September to mid-October.