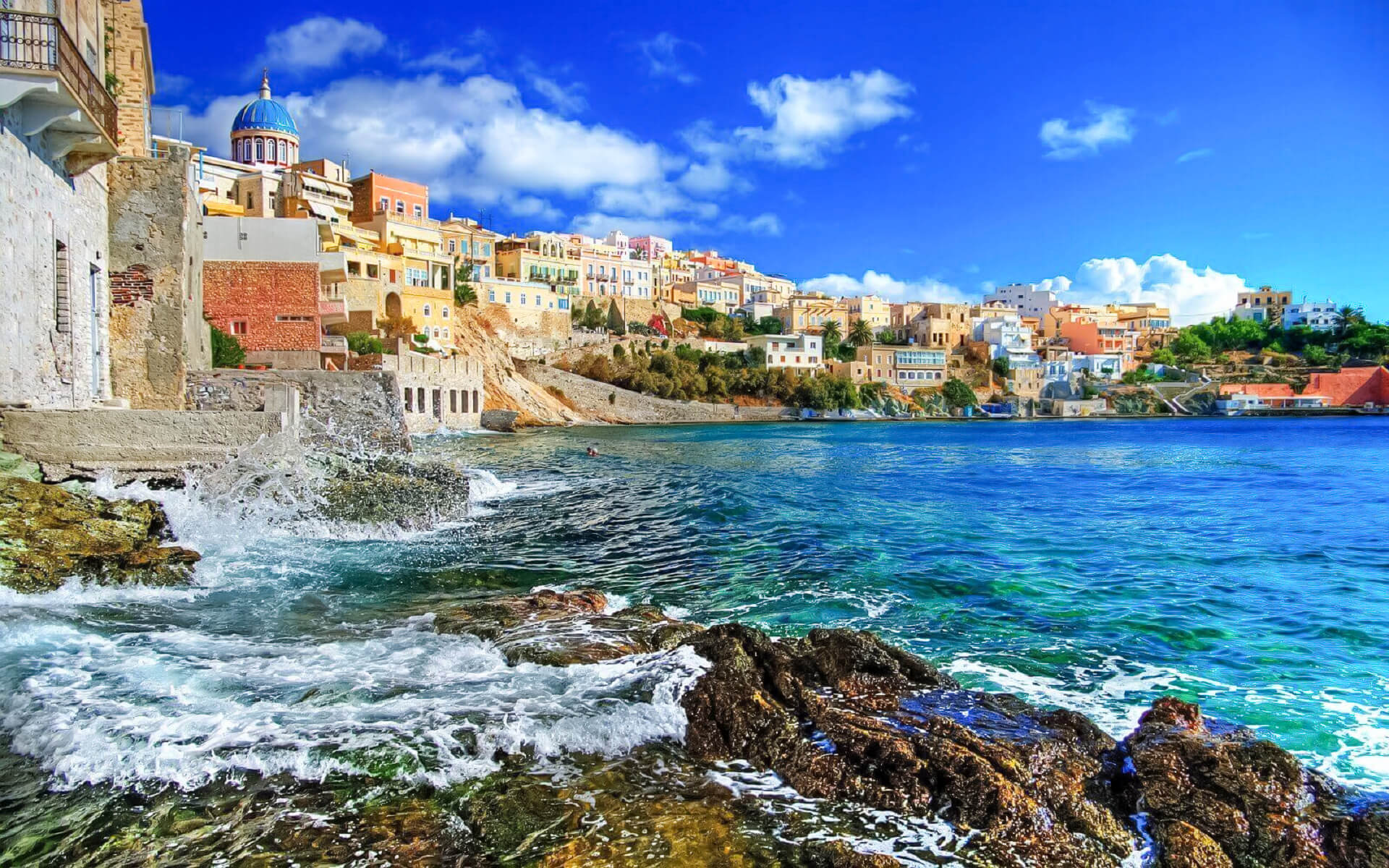 After Crete, Euboea or Evia is the second-largest Greek island in terms of size and population. It is separated from mainland Greece by the small Euripus Strait. It is a long and thin seahorse-shaped island that is about 180 kilometers (110 mi) long and ranges in width from 50 kilometers (31 mi) to 6 kilometers (3.7 mi). It is oriented northwest to southeast, and it is pierced by a mountain range that is part of the group that confines Thessaly on the east and continues south of Euboea in the mountainous islands of Andros, Tinos, and Mykonos.

It comprises the majority of Euboea’s regional unit, which also includes Skyros and a tiny portion of the Greek mainland.

The island of Evvia is Greece’s second largest. It lost its island atmosphere after being joined to the mainland by bridge, particularly near Chalkis, the capital. Expect to explore just the most attractive parts of the island before reaching the northern and southern reaches, where you will undoubtedly see much more of what the island has to offer.

Euboea was said to have formerly been a part of the mainland before being split by an earthquake. This is pretty likely since it is on a fault line, and both Thucydides and Strabo mention the northern half of the island being shook at separate times. The harbors of Chalcis, both north and south, are so limited that the narrative of Agamemnon’s fleet being stranded there by adverse winds seems conceivable. The Euripus Strait is named after Chalcis, where the strait is the narrowest at barely 40 meters. The remarkable tidal variations that occur in this passage have been noted since classical times. The stream flows like a river in one direction at first, then with equal velocity in the other. In the twenty-first year of the Peloponnesian War, a bridge was built here for the first time (410 BC).

The island is divided into three separate areas by geography and nature: the rich and wooded north, the hilly center, with agriculture restricted to the coastal lowlands, and the barren south.

According to the 2001 census, the island’s population was 198,130, making it Greece’s second most populated island. The Euboeans, as a group, have a cultural identity comparable to the rest of Central Greece, and they speak a southern dialect of Greek. Arvanite villages may be found throughout the southern portion of the island, with the region south of Aliveri marking the northernmost limit of their existence in Euboea. Sarakatsani and Vlachs were formerly located mostly in mountainous parts of central and northern Euboea, respectively, but they have since abandoned their nomadic ways and now dwell permanently in cities and villages around the island.