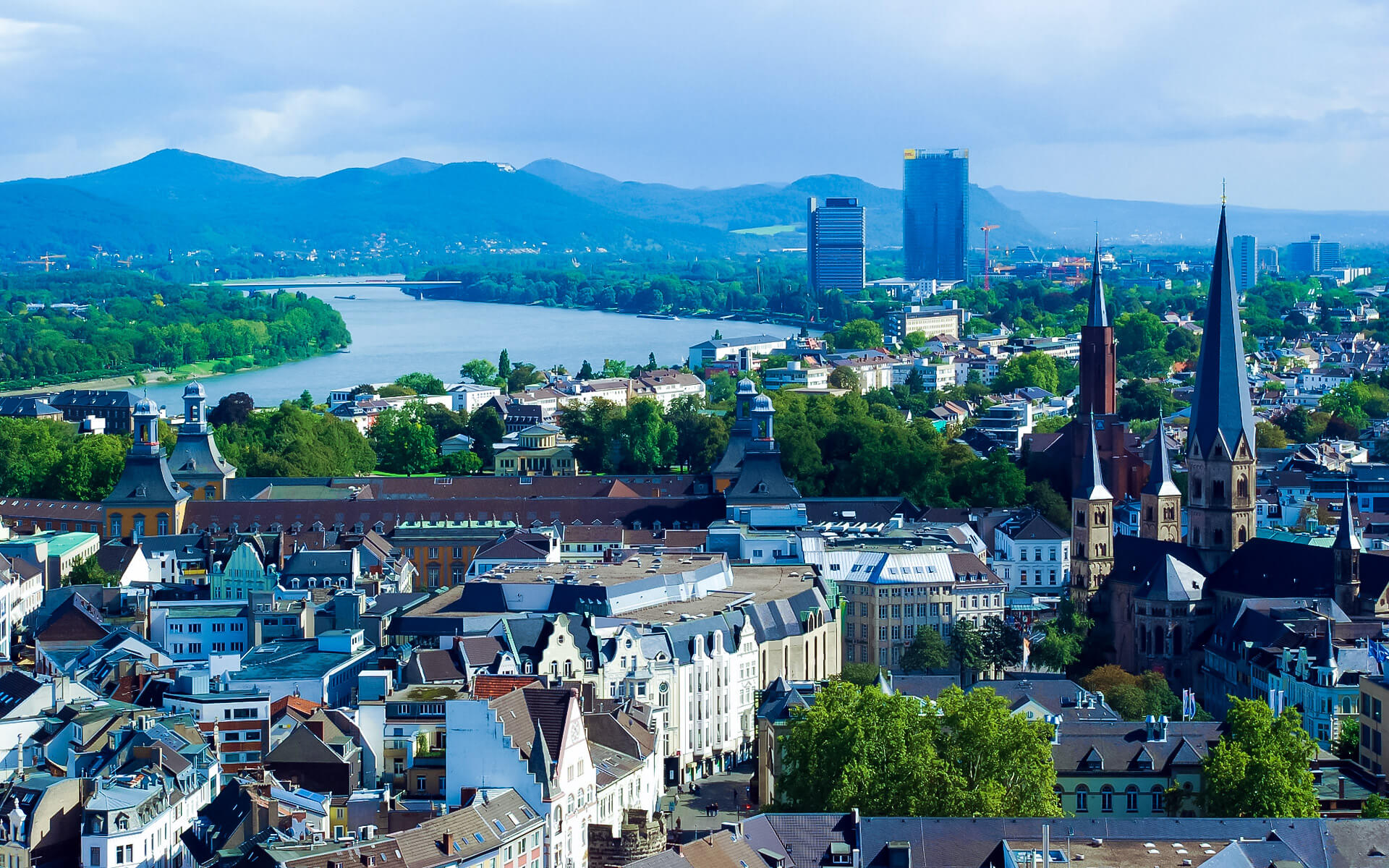 Bonn is one of Germany’s oldest towns, having been founded as a Roman city in the first century BC. Bonn was the capital of the Electorate of Cologne and the home of the Archbishops and Prince-electors of Cologne from 1597 until 1794. The German constitution, the Basic Law for the Federal Republic of Germany, was developed and enacted in Bonn by the Parliamentary Council in 1949. Though Berlin was designated as the de jure capital, Bonn served as the seat of government and the de facto capital of West Germany from 1949 until 1990. It was given the moniker Federal City in honor of its past position as Germany’s capital (Bundesstadt). Bonn and Berlin presently share the status of government seat, with the President, Chancellor, and numerous government departments retaining significant presences in Bonn.

The headquarters of the two DAX-listed firms, Deutsche Post DHL and Deutsche Telekom, are in Bonn. The city is also home to 19 United Nations organizations as well as the University of Bonn. Ludwig van Beethoven was born in Bonn (born 1770).

Bonn is one of the most populous cities in the Cologne Lowland, second only to Cologne in terms of population. Despite its size, it retains the comfortable, easygoing ambiance of a small town, with largely low-rise buildings, a picturesque old town, and plenty of vegetation. It is about 28 kilometers south of Cologne, up the Rhine river, and contains a plethora of museums and areas of interest.

From 1949 until 1990, Bonn served as the de facto capital of the pre-reunification Federal Republic of Germany (“West Germany”). Many federal entities still have their headquarters in the city, and it is a popular destination for large-scale exhibits and conferences. Bonn is also the birthplace of Ludwig van Beethoven, who is commemorated by a number of monuments and events across the city.

If you like atmospheric little towns with a large student population and a rich culture, you might consider visiting Bonn. Because of its street culture, which includes numerous cafés and beer gardens in the summer, it is known as Italy’s most northern city. It’s also a convenient starting point for day journeys to Cologne, Düsseldorf, the lovely Rhine, and the Eifel area.

Beethoven’s birthplace is on Bonngasse, close to the market square. The Old City Hall, located next to the market area, was erected in 1737 in the Rococo style under the reign of Clemens August of Bavaria. It serves as a greeting area for municipal visitors as well as the mayor’s office. The Kurfürstliches Schloss, designed as a house for the prince-elector but currently serving as the main building of the University of Bonn, lies nearby.

The Poppelsdorfer Allee is a tree-lined boulevard that was home to the city’s first horsecar. It links the Kurfürstliches Schloss to the Poppelsdorfer Schloss, a castle erected in the first part of the 18th century as a resort for prince-electors and whose grounds are now a botanical park (the Botanischer Garten Bonn). This axis is broken by a railway line and the Bonn Hauptbahnhof, which was built in 1883/84.

The Beethoven Monument is located on the Münsterplatz, which is surrounded by the Bonn Minster, one of Germany’s oldest churches.

The three tallest structures in the city are the WDR radio tower in Bonn-Venusberg (180 m), the Deutsche Post headquarters known as Post Tower (162.5 m), and the former building for German members of parliament Langer Eugen (114.7 m), which is currently the new site of the UN Campus.

The climate in Bonn is oceanic (Cfb). Bonn is located in one of Germany’s hottest locations, south of the Cologne plain in the Rhine river.

Bonn is home to the headquarters of Deutsche Telekom, its subsidiary T-Mobile, Deutsche Post, Haribo, the German Academic Exchange Service, and SolarWorld.