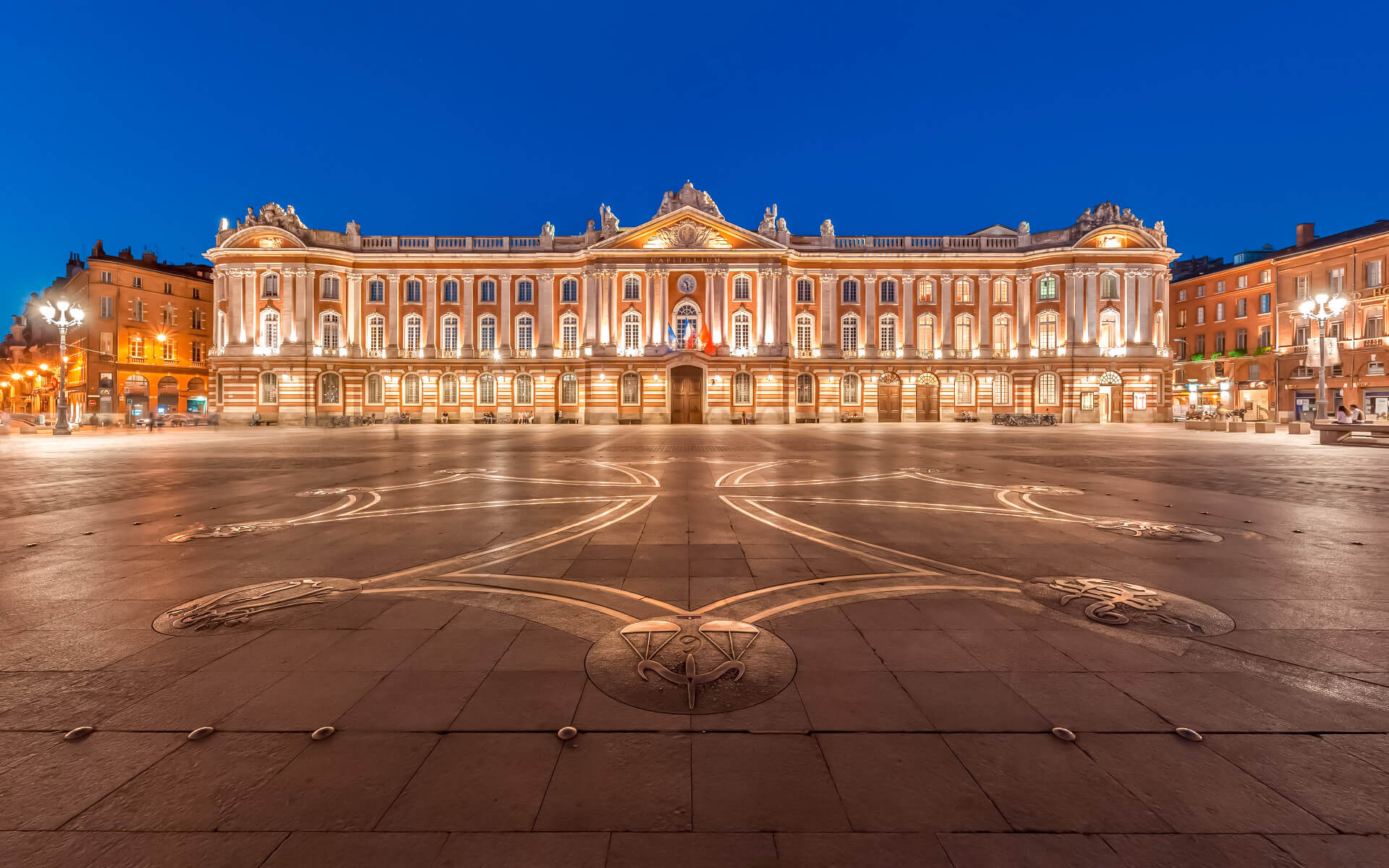 Toulouse is the capital of the Haute-Garonne department in southern France, as well as the Occitanie region. It is located on the banks of the Garonne River, 150 kilometers (93 miles) from the Mediterranean Sea, 230 kilometers (143 miles) from the Atlantic Ocean, and 680 kilometers (420 miles) from Paris. With a population of almost 450,000 people, it is France’s fourth-largest city. Furthermore, according to the January 2011 census, the Toulouse metropolitan region has 1,250,251 residents, making it the fourth-largest in France, behind only Paris (12.3 million), Lyon (2.2 million), and Marseille (1.7 million).

The city is also home to Intel’s European headquarters and CNES’s Toulouse Space Centre (CST), Europe’s biggest space center. Thales Alenia Space and Astrium Satellites, the satellite system division of Airbus Group, also have a large presence in Toulouse. Its world-renowned university is one of Europe’s oldest (established in 1229) and has more than 103,000 students, making it France’s fourth-largest university campus after Paris, Lyon, and Lille.

The flight route between Toulouse Blagnac and Paris Orly is Europe’s busiest, with 2.4 million passengers transported in 2014. Toulouse is the most dynamic French city, according to L’Express and Challenges rankings.

The city was the capital of the Visigothic Kingdom in the 5th century and the seat of the province of Languedoc in the late Middle Ages and early modern era (provinces were dissolved after the French Revolution), making it the unofficial capital of Occitania (Southern France). It is currently the capital of the Midi-Pyrénées region, France’s biggest metropolitan area.

Toulouse has two UNESCO World Heritage sites, the Canal du Midi (designated in 1996 and shared with other cities) and the Basilica of St. Sernin, Europe’s largest remaining Romanesque building, designated in 1998 due to its importance to the Santiago de Compostela pilgrimage route.

The Hôtel de Ville, the Théâtre du Capitole (opera house), and the Donjon du Capitole are all located in Toulouse’s Capitole (mostly from the 18th century) (16th century). It is situated on Place du Capitole. Cité de l’espace (City of Space) is a space exploration theme park. The José Cabanis Médiathèque is a library. The Jardin des Plantes is a botanical garden located in Paris. The Hôtel d’Assézat is Toulouse’s most important hôtel particulier (palace).

The Bazacle is a ford constructed over the Garonne in the late 12th century that is also utilized for hydroelectricity. The Pont Neuf, which dates from the 16th century, spans the river.

The Roman Catholic Archdiocese of Toulouse is housed at Toulouse Cathedral. The biggest Romanesque church in Europe is Saint-Sernin Basilica, which is part of the Way of Saint James UNESCO World Heritage Site. It houses what is commonly regarded as France’s most magnificent pipe organ. Before being converted to Christianity in 410 AD, the 18th–19th century Daurade basilica was built as a temple to the Roman deity Apollo. Saint Thomas Aquinas is buried in Toulouse in the Church of the Jacobins (French: Ensemble conventuel des Jacobins).

Toulouse’s climate is humid subtropical. Despite its proximity to the Mediterranean climatic zone, the city’s Cfaclassification is maintained by its constant precipitation.

Aeronautics, space, electronics, information technology, and biotechnology are the primary industries. Toulouse is home to Airbus’ headquarters as well as manufacturing lines for the A320, A330, A350, and A380. (There are additional A320 lines in Hamburg, Germany, Tianjin, China, and Mobile, Alabama, in the United States.) Airbus’ headquarters are at Blagnac, near Toulouse. The headquarters of Airbus France are located in Toulouse. Toulouse is also the home of ATR, Sigfox, and Groupe Latécoère.