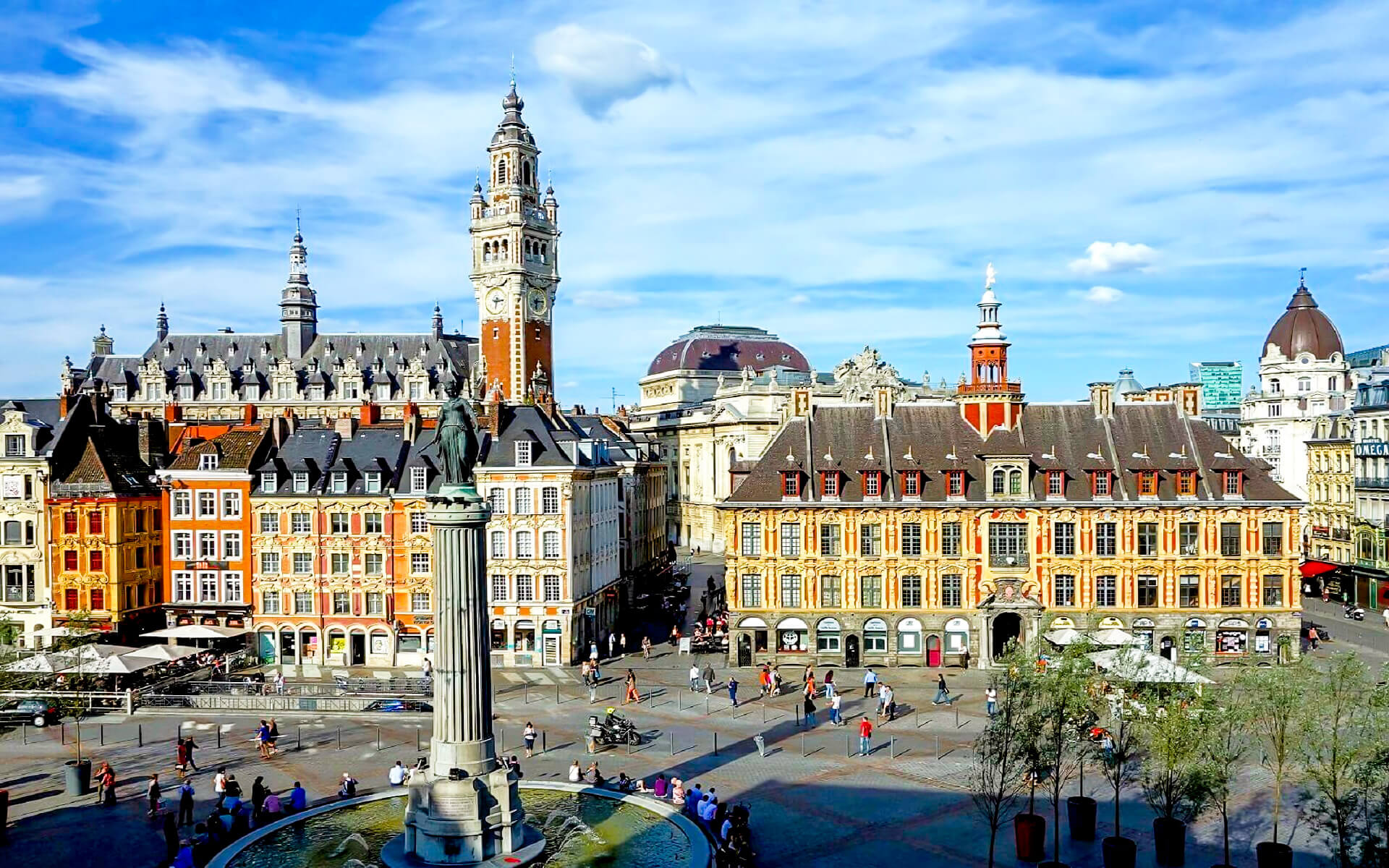 Lille is a medium-sized city in northern France’s Nord-Pas de Calais area with a sizable student population. This city has a strong industrial history, but after some tough years, it is today well-known across France for its beautiful city center and vibrant cultural life.

Lille has a variety of architectural styles with varying degrees of Flemish influence, such as the usage of brown and red brick. Furthermore, many residential areas, particularly in Greater Lille, are made up of connected 2–3 storey homes lined up in a row, with tiny gardens at the rear. These architectural features, many of which are unusual in France, help Lille bridge the gap between France and neighboring Belgium, as well as the surrounding Netherlands and England, where the prevalence of brick, row homes, and terraced buildings is considerably more prevalent.

On the first weekend of September, Lille organizes an annual braderie. Its roots are considered to date back to the twelfth century, and the city attracts between two and three million tourists each year. It is one of France’s biggest gatherings and Europe’s largest flea market.

Many streets in the city center (including part of the old town) are blocked, and local stores, residents, and traders put up booths in the street.

The table below shows average temperatures and precipitation levels from 1981 to 2010.

Lille, a previous significant mechanical, food industry, and textile manufacturing center, as well as a retail and financial hub, is the core of a bigger conurbation that includes Lille, Roubaix, Tourcoing, and Villeneuve d’Ascq, and had a population of over 1.1 million people in 1999.