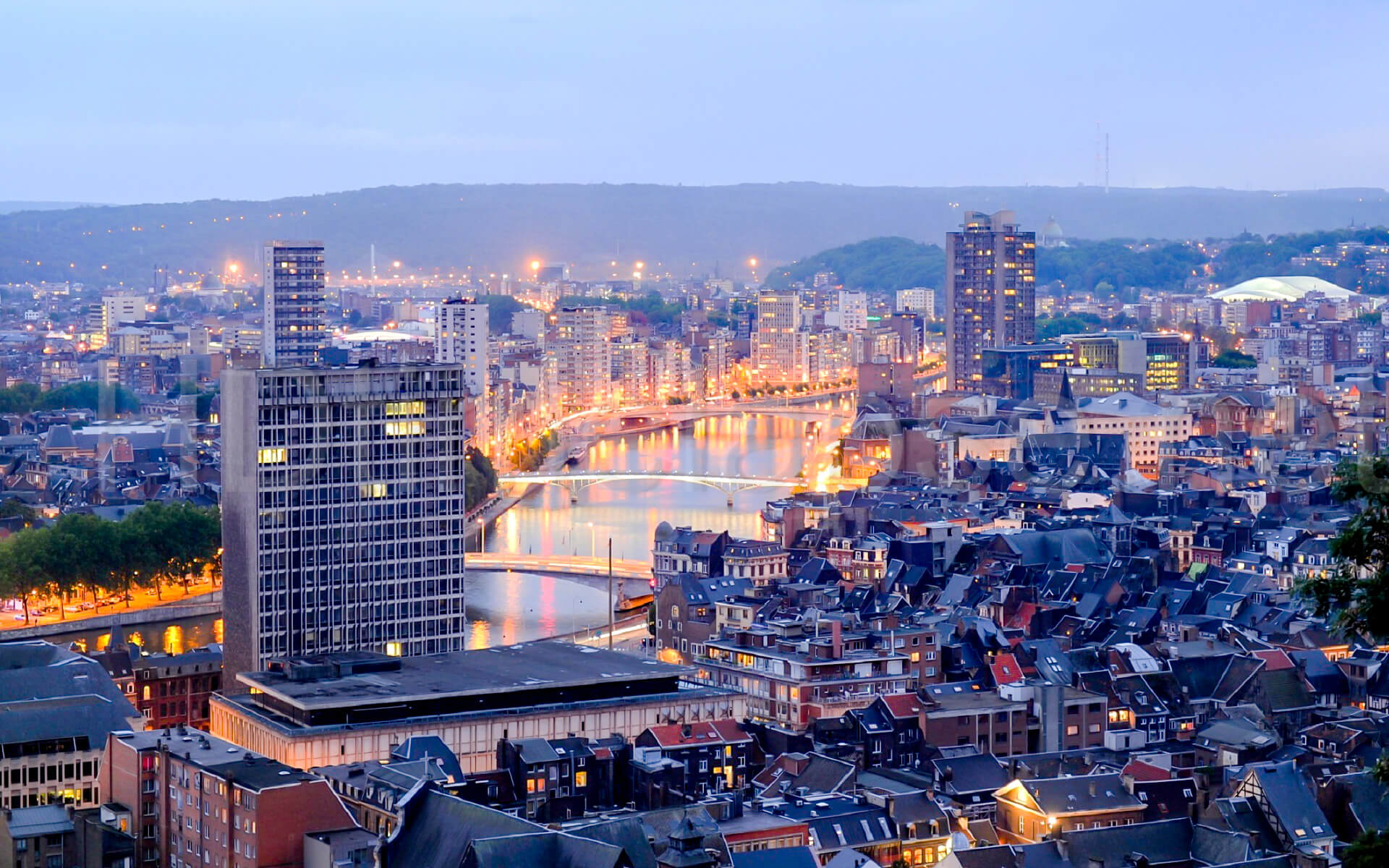 Liège is a large city in Belgium as well as a municipality. It is the capital of the same-named province of Liège in Belgium’s francophone Wallonia area.

The city is located in the Meuse River valley in eastern Belgium, close to the borders with the Netherlands (Maastricht is approximately 33 km (20.5 mi) to the north) and Germany (Aachen is about 53 km (32.9 mi) to the north). The Meuse River joins the Ourthe River at Liège. The city is located on the sillon industriel, Wallonia’s old industrial backbone. It is still the region’s main economic and cultural center.

The former communes of Angleur, Bressoux, Chênée, Glain,Grivegnée, Jupille-sur-Meuse, Rocourt, and Wandre are now part of the municipality of Liège. Liège has 198,280 residents in November 2012. The metropolitan area, including the outside commuter zone, has a total size of 1,879 km2 (725 sq mi) with a population of 749,110 people as of January 1, 2008. This contains 52 municipalities, including Herstal and Seraing. Liège is Belgium’s third most populated city after Brussels and Antwerp, and its fourth municipality after Antwerp, Ghent, and Charleroi.

Liège (German: Lüttich, Dutch: Luik) is the biggest city in Wallonia, Belgium’s French-speaking region, and the capital of the province of the same name. It has been an important urban hub since the Middle Ages, but truly flowered during the industrial revolution, when it expanded to become Belgium’s third-largest city, behind Brussels and Antwerp. It is located at the foot of the Ardennes on the river Meuse. Liège, owing to its strategic location, retains its relative prosperity and economic prominence in comparison to its Wallonian counterparts farther south.

Despite its size and placement between several of Europe’s most visited cities, Liège receives relatively little visitor traffic. Those who stumble upon it in their schedule may be astonished to discover the ostensibly industrial city to be rather green, with broad boulevards, an interesting, if somewhat disordered, mix of architecture from various eras, plenty of vegetation, and lovely riverbanks and slopes. There are also several museums and other areas of interest, enough to keep you occupied for at least a day.

Since the early Middle Ages, Liège has been an important city. It served as the capital of the Principality of Liège, which remained an autonomous state until the French Revolution (around 1789). It was an early center of industrialism in the nineteenth century. It is now a huge city of 200,000 people, with a total population of 750,000 in its metropolitan region. The city has a significant Italian community, accounting for 5% of the population.

Liège’s central area is an intriguing blend of a historic town center (dotted with a few extremely brutalist buildings from the 1960s and 1970s), a rather elegant new town with wide boulevards, tall apartment buildings (some Art Deco), narrow streets with small businesses, a few pretty parks, and a few interesting shopping arcades. The suburbs of Liège are primarily divided into two separate sectors: big industrial complexes stretching along the river’s bank in the north and south (including the towns of Seraing and Herstal) and working-class communities in the east and west with mostly spare green neighborhoods for healthy people.

Liège is situated near the entrance of the Ardennes, therefore the scenery of the city’s south is significantly different from the rest of the city, with steep hills and dense woods (Sart-tilman and beyond).

In terms of economic importance, Liège is the most significant city in the Wallon area. Liège was formerly one of Europe’s most prominent industrial centers, notably in steel production. John Cockerill pioneered the iron and steel business beginning in 1817. Seraing’s industrial complex was the world’s biggest. It previously had a plethora of blast furnaces and mills. Since the Middle Ages, Liège has also been an important center for gunsmithing, and the weapons industry is still active today, with the headquarters of FN Herstal and CMI Defence in the city. Although the secondary industry has declined since 1960 and is now a mere shell of its former self, the fabrication of steel items remains essential.

The region’s economy is today diverse, with the most significant centers being mechanical industries (aircraft engines and spacecraft propulsion), space technology, computer technology, biotechnology, and the production of water, beer, or chocolate. Liège has a significant number of high-tech headquarters, such as Techspace Aero, which makes parts for the Airbus A380 and the Ariane 5 rocket. Amós, which makes optical components for telescopes, and Drytec, a fabricator of compressed air dryers, are two other notable industries. Other electronic firms in Liège include SAP, EVS, Gillam, AnB, Balteau, and IP Trade. Other notable enterprises include FN Herstal, a worldwide leader in light weapons, the beer company Jupiler, the chocolate company Galler, and the water and soda companies Spa and Chaudfontaine. A scientific park in the city’s south-east, near the University of Liège campus, housing spin-offs and high-tech enterprises.