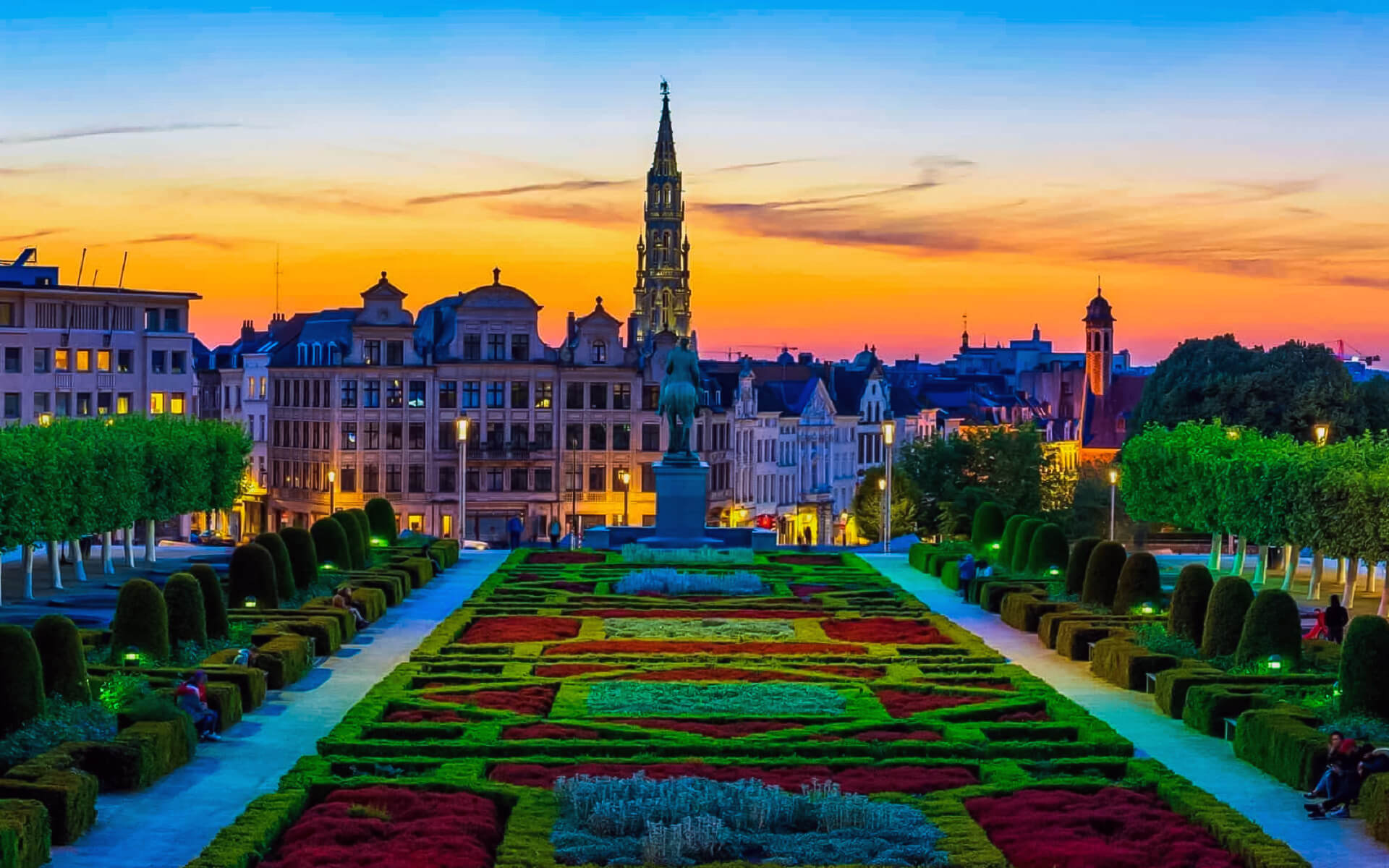 Brussels is the capital of Belgium and one of the country’s three administrative regions, along with Flanders and Wallonia.

Aside from its domestic importance, it is also an internationally significant city, housing various international organizations, including the main institutions of the European Union. As a result, it is sometimes referred to colloquially as the EU’s capital.

Brussels is a historic city with a lovely city center, excellent museums, 19th century palaces, exquisite gastronomy and chocolates, and some of the world’s finest beer.

Brussels lies just a few kilometers north of the line separating Belgium’s two linguistic communities—French in the south and Dutch in the north. Historically a Dutch-speaking city, it has seen a significant transition to French since Belgian independence in 1830. Despite the fact that French is the main language, the city is now officially multilingual. All road signs, street names, as well as numerous ads and businesses, are shown in both languages.

With its small-town charm, trendy bars and restaurants, fabulous food, great nightlife, fantastic shopping, numerous museums, and other attractions, including the diverse and interesting exhibitions and festivals held there each year, Brussels is quickly gaining a reputation as one of Europe’s must-see destinations.

Brussels is also becoming regarded as a fashion, art, and design hotspot. While drawing more and more famous names in worldwide fashion to its expanding retail districts, home-grown Belgian designers are quickly earning global recognition. The streets of Brussels are filled with art and architecture that is undeniably Belgian and cannot be reproduced. This lovely city is a hotspot for fashion, art, and Belgian culture.

The weather in Brussels has a well-deserved bad reputation. The weather in Brussels is quite moist, with an annual average rainfall of 820 mm (32 in) and around 200 days of rain per year, both of which are higher than in London and Paris. The moisture makes it seem much colder than it really is. Temperature fluctuations on a daily and monthly basis are fairly minimal. The daily temperature variation between average highs and lows does not exceed 9°C (16°F).

Average daily maximum temperatures seldom reach 22°C (72°F) in the summer. Summer visitors to Brussels should always be prepared for rain. Warm and bright weather is not always present or even anticipated throughout that season.

Temperatures decrease precipitously after October, and the winter months are rainy and frigid. Snowfall is uncommon, and it melts fast, turning to slush on the ground. Winter visitors should be prepared to walk on damp terrain.

Brussels’ economy is mostly service-oriented, since it serves as Europe’s administrative center.

It is dominated by multinational corporations’ regional and global offices, European institutions, different governments, and associated services, while it does boast a number of noteworthy craft enterprises, such the Cantillon Brewery, a lambic brewery established in 1900.

Although internet cafés are not prevalent in Brussels, internet access is generally accessible.

There are several internet connection spots in most libraries, and it is free. Wi-Fi is also provided at several petrol stops, railway stations, and eateries along the motorways. Many cafés now have free Wi-Fi, and if you can’t locate any, you can always rely on Quick or McDonald’s, which both provide free Wi-Fi.