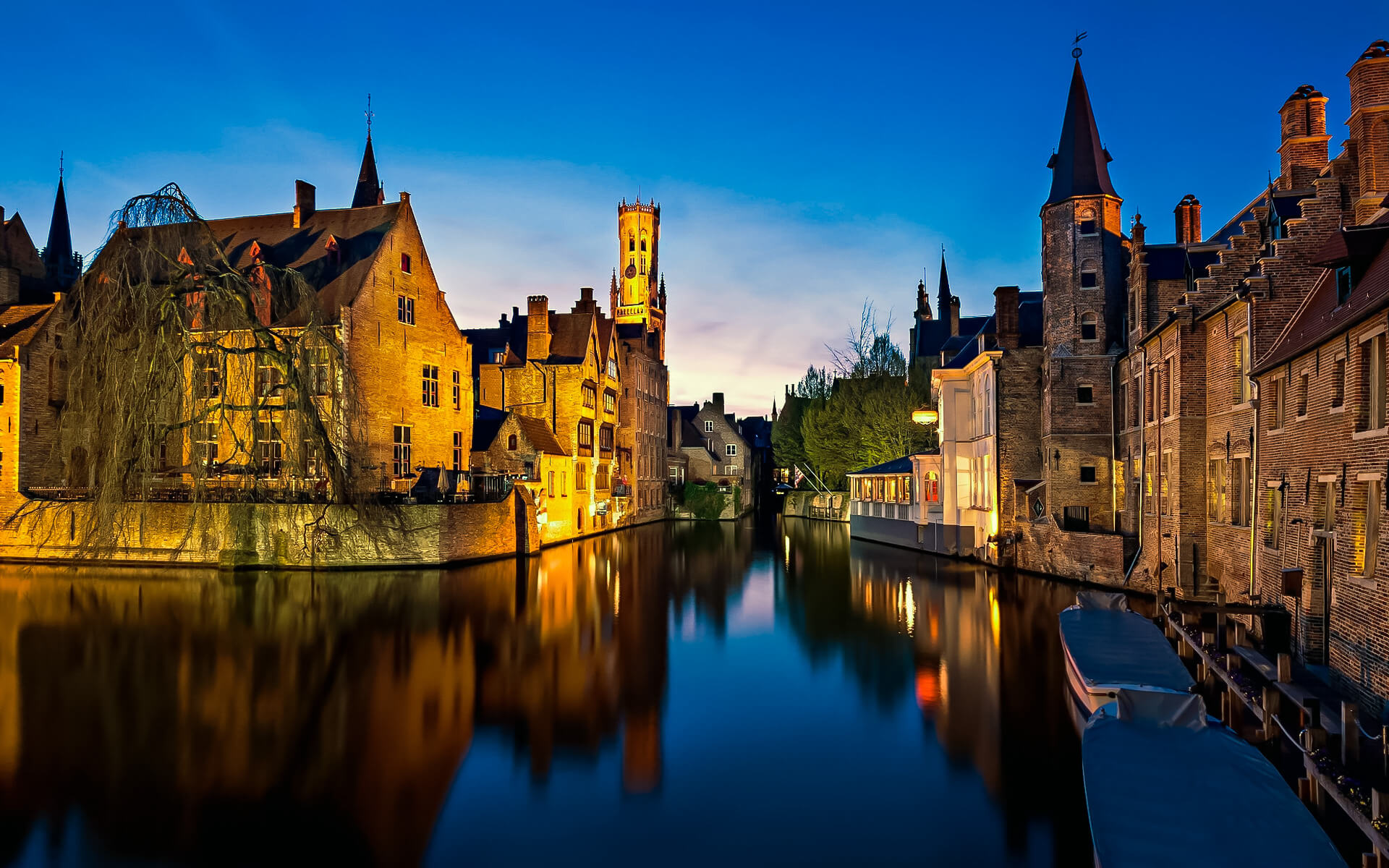 Bruges (Dutch: Brugge; French: Bruges) is the capital and biggest city of West Flanders in Belgium’s Flemish Region, in the country’s northwest.

It is frequently referred to as The Venice of the North, along with a few other canal-based northern towns such as Amsterdam and Stockholm. Bruges has enormous economic significance due to its port and was once the world’s most important commercial city. Bruges is well-known as the home of the College of Europe, a prestigious academic center for European studies dubbed as “the EU’s very own Oxbridge.”

Bruges’ medieval architecture is mostly intact. Since 2000, the medieval center of Bruges has been designated as a UNESCO World Heritage Site.

Many of its medieval structures are noteworthy, notably the Church of Our Lady, whose brick spire rises 122.3 m (401.25 ft), making it one of the world’s tallest brick towers/buildings. The Madonna and Child sculpture, which can be seen in the transept, is said to be Michelangelo’s sole work to have departed Italy during his lifetime.

The most renowned monument of Bruges is its 13th-century belfry, which houses a municipal carillon with 48 bells. The city still employs a full-time carillonneur who often performs free performances.

Even by Belgian standards, Bruges has a bad reputation for its weather. In comparison to other Western European cities such as London and Paris, the weather in Bruges is cooler and damper. Even in July and August, average daily maximum temperatures seldom reach 21°C (70°F), and rainfall totals 203 mm (8 in) every month. Temperatures drop quickly in the fall, and the winter months are wet and frigid.

Summer visitors should always be prepared for rain in Bruges, because bright and sunny weather is not guaranteed throughout that season. The daily and monthly temperature differences are fairly minor – typical highs and lows do not surpass a 9°C (or 16°F) range.

Caen is a commune in France’s northwestern region. It is the Calvados department’s prefecture. Caen is the biggest city in old Lower Normandy, with...
Read more

Champéry, which is just 90 minutes by vehicle from Geneva, is both a postcard-perfect mountain hamlet and a sophisticated ski and biking resort. Champéry,...
Read more

Myrtle Beach is a coastal city in Horry County, South Carolina, on the east coast of the United States. It is located in the...
Read more

Strasbourg is the official seat of the European Parliament and the capital and biggest city of the Alsace-Champagne-Ardenne-Lorraine (ACAL) region in eastern France. It...
Read more
Travel tips