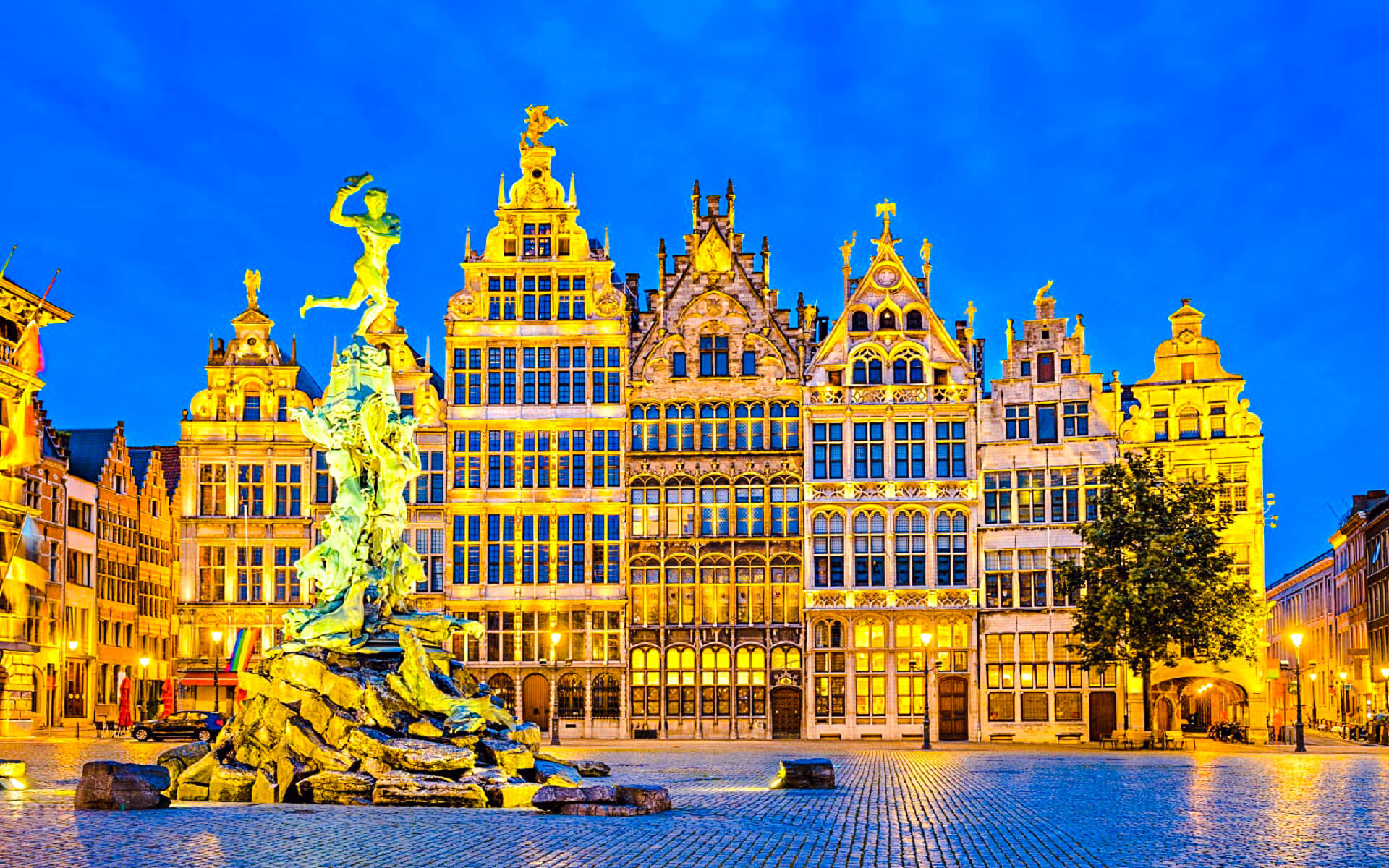 Antwerp (Dutch: Antwerpen, French: Anvers) is a significant city in Belgium’s Flanders area and the capital of the namesake province. It is the second biggest city in Belgium (after Brussels), with a population of little more than 500,000 people, and it boasts a significant European port. Antwerp has numerous noteworthy historical structures from many historical eras, as well as several interesting museums, due to its long and culturally rich past. Antwerp is also recognized as the world diamond trading centre, with more than 70% of all diamonds handled there.

Antwerp has evolved into a stylish city, drawing a large number of Flemish and international artists, authors, thinkers, and performers. This may be seen in the city’s many stylish bars and stores. Antwerp is a city with various personalities. While not as historically maintained as Bruges or Ghent, it is a highly active city that offers a wonderful blend of history and current life. Antwerp’s overwhelming friendliness and intrinsic passion for fine food and good living, along with its low-stress lifestyle, make it a popular and comfortable location to visit.

According to the American Association of Port Authorities (AAPA), Antwerp was the seventeenth biggest (by tonnage) port in the world in 2005, and Europe’s second largest after Rotterdam. It also handles a considerable amount of economically appealing general and project cargo, as well as bulk freight. Antwerp’s docklands, which include five oil refineries, are home to a vast concentration of petrochemical companies, second only to Houston’s petrochemical cluster. With four nuclear power plants at Doel, a conventional power station in Kallo, and many smaller combined cycle plants, electricity generating is also a significant activity. In the northern part of the port area, there is a wind farm. There are proposals to expand this from 2014 until 2020. The traditional Belgian bluestone quays that line the Scheldt for 5.6 km (3.5 mi) to the north and south of the city center have been preserved for emotional value and are mostly utilized by cruise ships and short-sea shipping.

Antwerp’s other major industry is the diamond trade, which is centered in the diamond district. The Diamond Club of Antwerp, the Beurs voor Diamanthandel, the Antwerpsche Diamantkring, and the Vrije Diamanthandel are the city’s four diamond bourses. Since World War II, families from Antwerp’s huge Hasidic Jewish population have dominated the diamond dealing sector, albeit in the past two decades, Indian and Maronite Christian dealers from Lebanon and Armenia have grown in importance. Antwerp World Diamond Centre, the successor of the Hoge Raad voor Diamant, is crucial in creating standards, regulating professional ethics, training, and promoting Antwerp’s interests as a diamond industry center.

Some cafés provide free wireless internet but do not advertise it on the entrance for various reasons. Others will demand a fee to access the Internet.

Many hotels, like the Radisson, have free or included internet access. If you walk in from the street with a laptop, they could let you use it for the cost of a couple drinks at their bar. The Fon project also includes several members who live in and around Antwerp and provide free connection on a regular basis.

If you are a student or member of another university, college, or research center in the globe, you may possibly connect for free to the eduroam Wi-Fi network for higher education [www], which is available in and around most University of Antwerp buildings and Colleges. Inquire with your home institution’s IT services if it is a member of eduroam, and if so, get a documentation on how to configure your system for connections abroad.