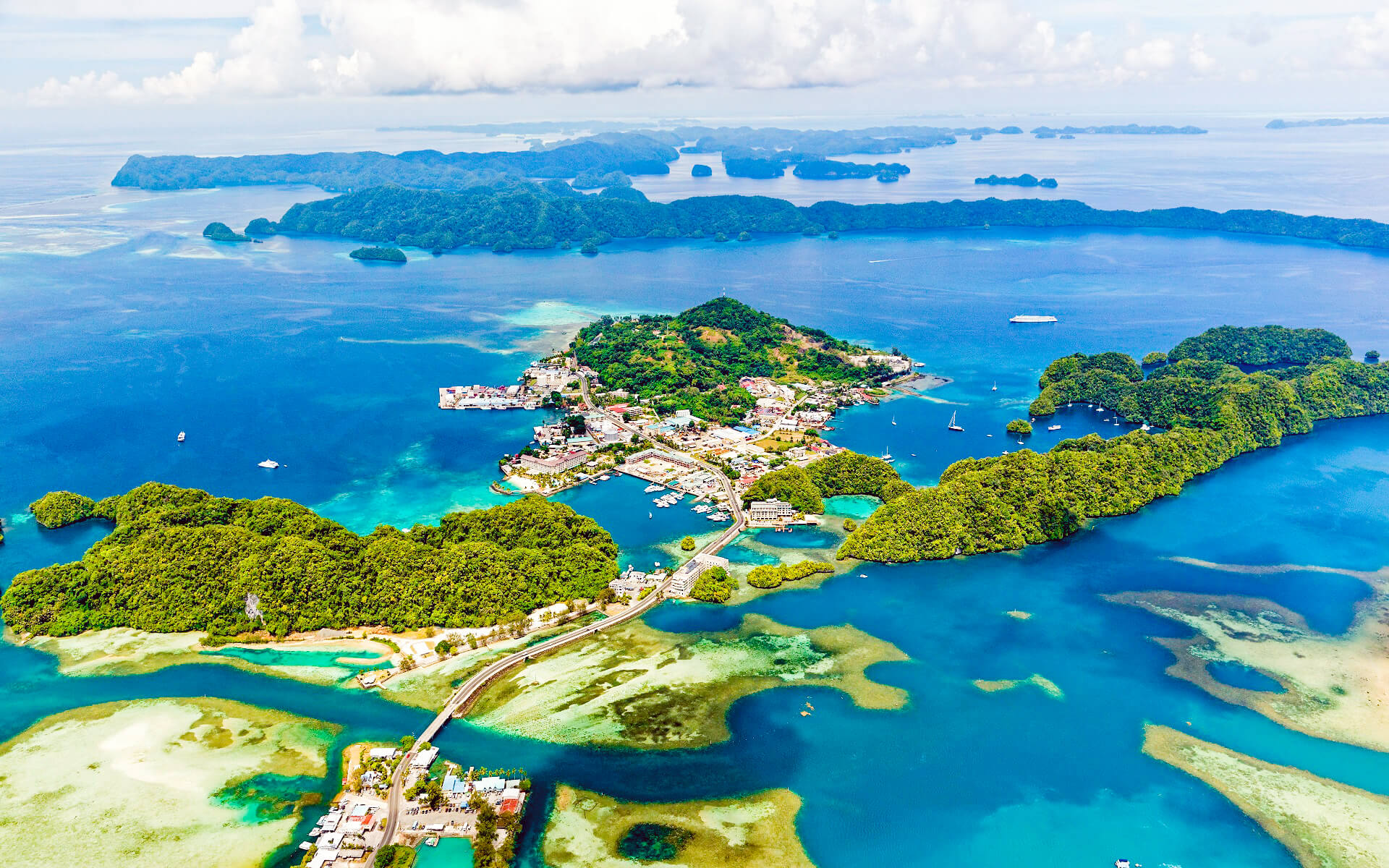 Koror is the state that contains the Republic of Palau’s primary commercial center. It is made up of numerous islands, the most notable of which being Koror Island (also Oreor Island).

Tourism contributes significantly to Palau’s economy. The state includes all of Palau’s Rock Islands. Scuba diving shops and facilities may be found throughout Koror. There are hotels, pubs, restaurants, cafés, and resorts to choose from. Dolphins Pacific, the world’s biggest dolphin research facility, is now available to visitors who want to swim with and interact with trained dolphins. The majority of visitors to Palau stay in Koror, which serves as the hub for the island’s resort services and houses contemporary comforts. Koror offers enterprises that cater to people who speak a variety of languages.

By 2001, the Koror Jail, Palau’s sole correctional institution, had become a tourist attraction due to convicts who build and sell complex wooden storyboards at a retail shop on the jail grounds.