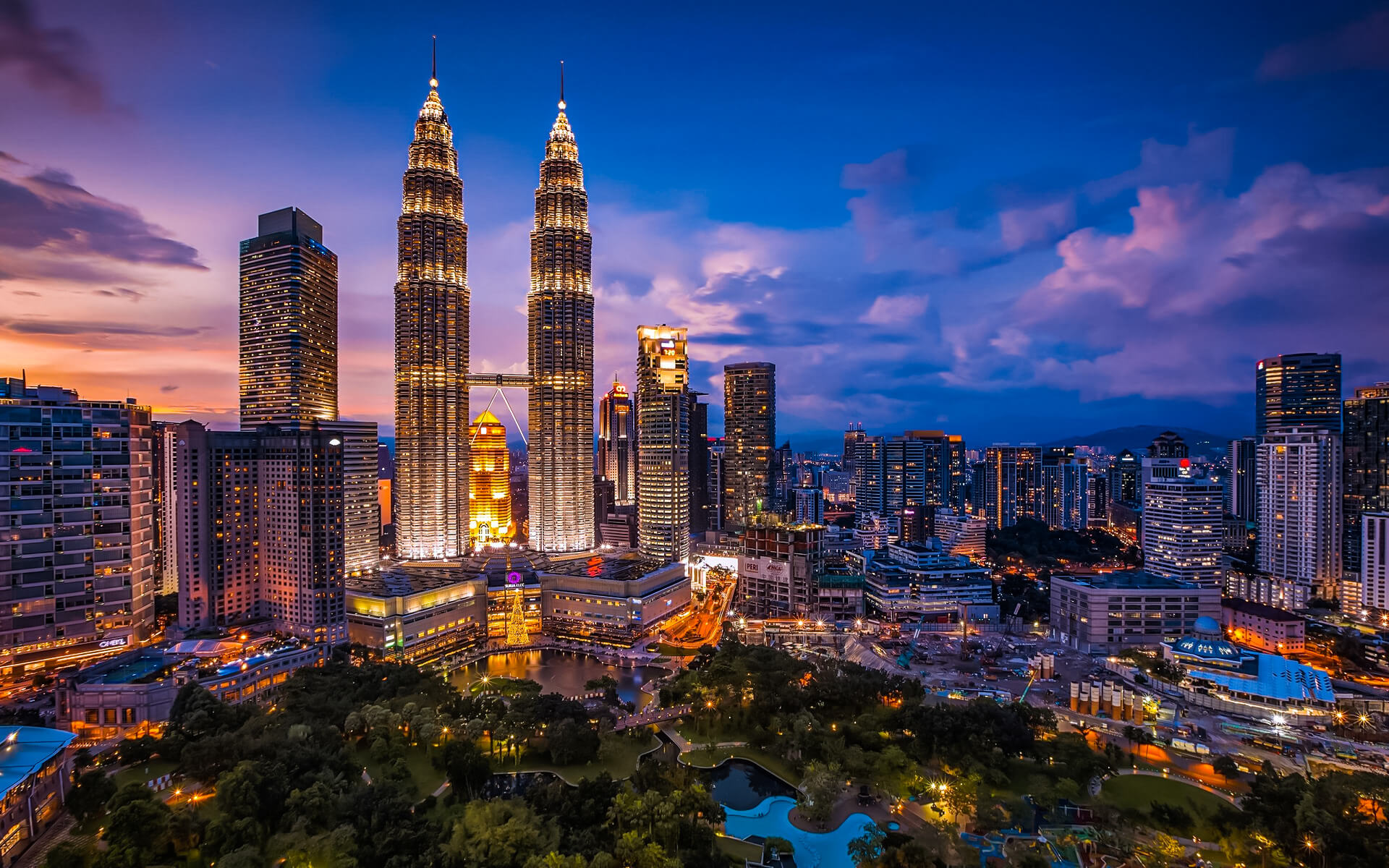 Kuala Lumpur, sometimes known as KL by locals, is Malaysia’s national capital and the country’s most populated global metropolis.

In about 150 years, Kuala Lumpur, which literally means “muddy river confluence” in Malay, has developed from a peaceful Chinese tin-mining hamlet to a busy metropolis of roughly 6.5 million (city-property population of 1.8 million).

Kuala Lumpur is a cultural melting pot with some of the world’s cheapest 5-star hotels, outstanding retail areas, even better restaurants, and some of nature’s beauties just an hour away, making it a lively metropolis with much to offer.

The city has a total area of 243 km2 (94 sq mi). In terms of population and economics, it is one of the fastest expanding metropolitan areas in South-East Asia.

Kuala Lumpur, Malaysia’s capital and main city, is rated as an alpha international metropolis and serves as the country’s cultural, financial, and economic center.

Many major sports, political, and cultural events have taken place in the city during the 1990s, including the 1998 Commonwealth Games and the Formula One Grand Prix. Furthermore, Kuala Lumpur is home to the world’s largest twin towers, the Petronas Twin Towers, which have become an iconic emblem of Malaysia’s future growth.

Kuala Lumpur, along with Vigan City, Doha, Durban, Havana, Beirut, and La Paz, was named one of the New7Wonders Cities in May 2015.

Tourism is critical to the city’s service-based economy. Many major international hotel brands have a presence in the city.

With 8.9 million visitors each year, Kuala Lumpur is the world’s sixth most visited city.

The city’s cultural richness, moderate pricing, and diverse culinary and retail options all contribute to the city’s tourism. MICE tourism, which primarily includes conventions, has grown in recent years to become an important component of the industry, and it is expected to grow even more once the Malaysian government’s Economic Transformation Programme kicks in, as well as the completion of a new 93,000m2-size MATRADE Centre in 2014. Another noticeable development in the city is the rising availability of low-cost hotels.

Many cultural festivals are held in Kuala Lumpur, including the Thaipusam procession at the Sri Mahamariamman Temple. Every year during Thaipusam, a silver chariot bearing the statue of Lord Muruga, together with his spouse Valli and Teivayanni, would be paraded through the city from the temple all the way to Batu Caves in nearby Selangor.

Kuala Lumpur has a tropical rainforest climate that is warm and sunny, with copious rainfall, particularly during the northeast monsoon season from October to March. It is protected by the Titiwangsa Mountains in the east and Indonesia’s Sumatra Island in the west.

Flooding is a common occurrence in Kuala Lumpur after heavy rains, particularly in the city center and downstream districts. Smoke from neighbouring Sumatra forest fires sometimes casts a haze over the area. It, along with open burning, automobile emissions, and building activities, is a significant cause of pollution in the city.

The vast Klang Valley characterizes Kuala Lumpur’s topography. The valley is bounded on the east by the Titiwangsa Mountains, on the north and south by many lesser ranges, and on the west by the Malacca Strait. Kuala Lumpur is a Malay word that means “muddy confluence” since it is situated at the confluence of the Klang and Gombak rivers.

Kuala Lumpur, located in the heart of Selangor state, was historically ruled by the Selangor State Government. Kuala Lumpur was divided from Selangor in 1974 to establish the first Federal Territory directly controlled by the Malaysian Federal Government. Its position on Peninsular Malaysia’s west coast, which has more flat ground than the east coast, has led to its rapid growth in comparison to other cities in Malaysia.

Kuala Lumpur and its adjacent metropolitan regions are Malaysia’s most industrialized and economically fastest expanding region. Despite the relocation of the federal government administration to Putrajaya, certain government institutions, including Bank Negara Malaysia (National Bank of Malaysia), the Companies Commission of Malaysia, and the Securities Commission, as well as the majority of embassies and diplomatic missions, have remained in the city.

The city is still the country’s economic and commercial center. Kuala Lumpur is Malaysia’s financial, insurance, real estate, media, and arts center. According to the Globalization and World Cities Study Group and Network, Kuala Lumpur is regarded as an alpha world city and the sole global city in Malaysia (GaWC).

Infrastructure development in the surrounding regions, such as the Kuala Lumpur International Airport in Sepang, the Multimedia Super Corridor, and the expansion of Port Klang, enhance the city’s economic importance.

The city’s substantial service industry is reflected in the number of local and international banks and insurance businesses that operate there. With an expanding number of financial institutions offering Islamic Financing and the strong presence of Gulf financial institutions such as the world’s biggest Islamic bank, Al-Rajhi Bank and Kuwait Finance House, Kuala Lumpur is positioned to become the global Islamic Financing centre.

Education and health care are two more key economic activity in the city. Kuala Lumpur also offers benefits due to the significant concentration of educational institutions offering a diverse range of courses. Numerous governmental and private medical specialty centers and hospitals in the city provide basic health services as well as a broad spectrum of specialized surgery and treatment for residents and visitors.

Internet cafés are widespread in Kuala Lumpur, and can be found in most retail malls. If you possess a laptop, Maxis’ WLAN service is the finest price available; a prepaid $4 card grants you unrestricted access for two weeks. Many hotels provide complimentary internet access and connectivity. Many cafés, restaurants, and retail malls also provide free Wi-Fi.