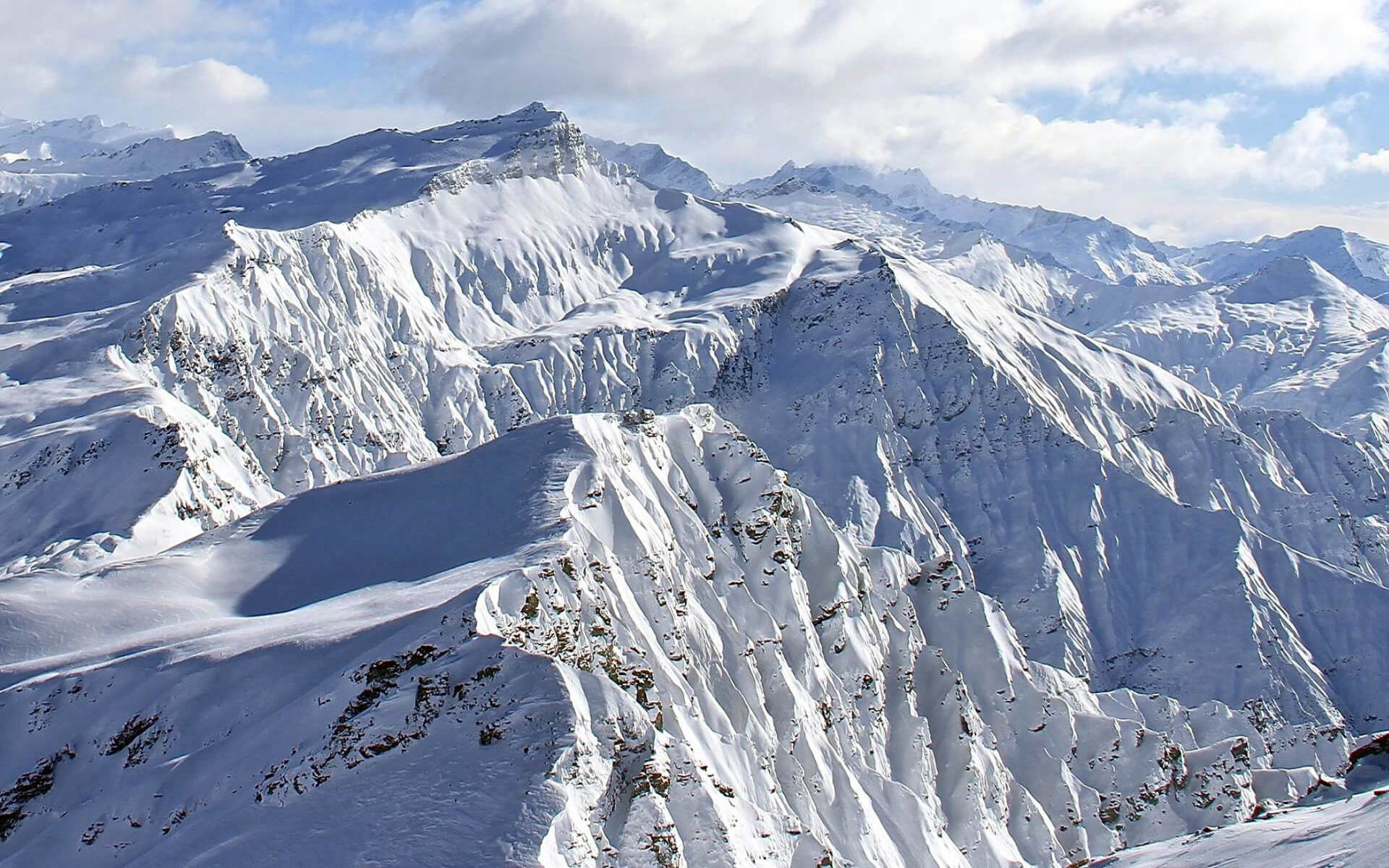 Treble Cone is the South Island’s biggest ski area, with the greatest vertical increase in the Queenstown Southern Lakes District. Treble Cone is most renowned for its breathtaking vistas of Lake Wanaka and Mount Aspiring/Tititea, as well as its challenging intermediate to difficult terrain. The skifield serves as an off-season training facility for Austria’s national ski team.

Treble Cone offers FREE lift access to the ‘Nice n’ Easy’ surface lifts for beginning skiers and snowboarders, as well as the amenities of the Base lodge and café and the convenience of a fully equipped ski and snowboard rental store.

Treble Cone’s huge 700m of vertical, the largest in the Queenstown Southern Lakes District, allows for some of New Zealand’s longest groomed trails, including the 4km High Street / Easy Rider leg burner. Cruise Raffles Run, a broad blue groomed route accessible from the Saddle Basin chairlift, for the greatest views of Lake Wanaka. For the most daring, descend Saddle Back for a taste of Treble Cone’s legendary off-piste terrain.

If you’re looking for expert terrain, the Saddle Basin and Summit Slopes offer a playground of wide powder faces, natural half pipes, and exciting drops. The Motatapu Chutes offer a unique option for export skiers and snowboarders to explore the backcountry inside the borders of a patrolled and safe ski area.

Treble Cone delivers a true New Zealand snow experience that will have you beaming from ear to ear, no matter what kind of skier or snowboarder you are.

Treble Cone, like other New Zealand ski resorts, has no on-mountain lodging. The best choice is to stay in the town of Wanaka. Wanaka, located on the banks of Lake Wanaka, is a sleek and fashionable town. Wanaka lodging is of exceptional quality, and in addition to a few resort hotels, Wanaka offers a number of sumptuous bed and breakfast lodges. There are also a number of Wanaka backpackers for those on a tight budget.

Some skiers stay in Queenstown, which is around a 90-minute drive from Treble Cone NZ. Queenstown is a little city on the beautiful Lake Wakapitu. There are several tourist activities available, including adventurous sports such as bungy jumping. The nightlife is also well-known across the globe. Accommodation in Queenstown is plentiful, ranging from 5-star resort hotels to backpackers.

Treble Cone ski field is well-known in New Zealand for having a reasonable quantity of snowfall, with an annual average of 5.5 metres. The quantity of snowfall fluctuates dramatically between seasons, as it does at other New Zealand ski destinations, depending on storm patterns. TC typically receives dumps from north-westerlies and westerlies, with minimal precipitation from southerlies.

The powder that falls is far from blower powder, yet it is enough for New Zealand. Because the Treble Cone ski resort has so many different elements, the snow quality fluctuates. Unfortunately, some of the greatest expert terrain is north facing, which means you’ll have to get there soon on a powder day before the sun bakes it. Sure, you have to select your day, but there are some incredible powder runs on occasion. Treble Cone ski area’s geography gives several spots for snow to accumulate rather than drift away, as it does at certain mountains.

Treble Cone’s snow cover, like that of most other ski areas in New Zealand, can be very changeable. Sometimes the snow cover is excellent, but other times the bottom half of the mountain (Home Basin) is iffy and only has artificial snow on the major paths (which often seems to be counted in the snow depth report!). Keep your eyes alert since patrollers may not always present signs to identify marginal (or bare) conditions. Snowmaking capabilities cover around 9% of the land.

Grooming is restricted to the major trails, such as Easy Rider and Main Street, as well as the beginners’ section and a few trails around the perimeter of Saddle Basin.