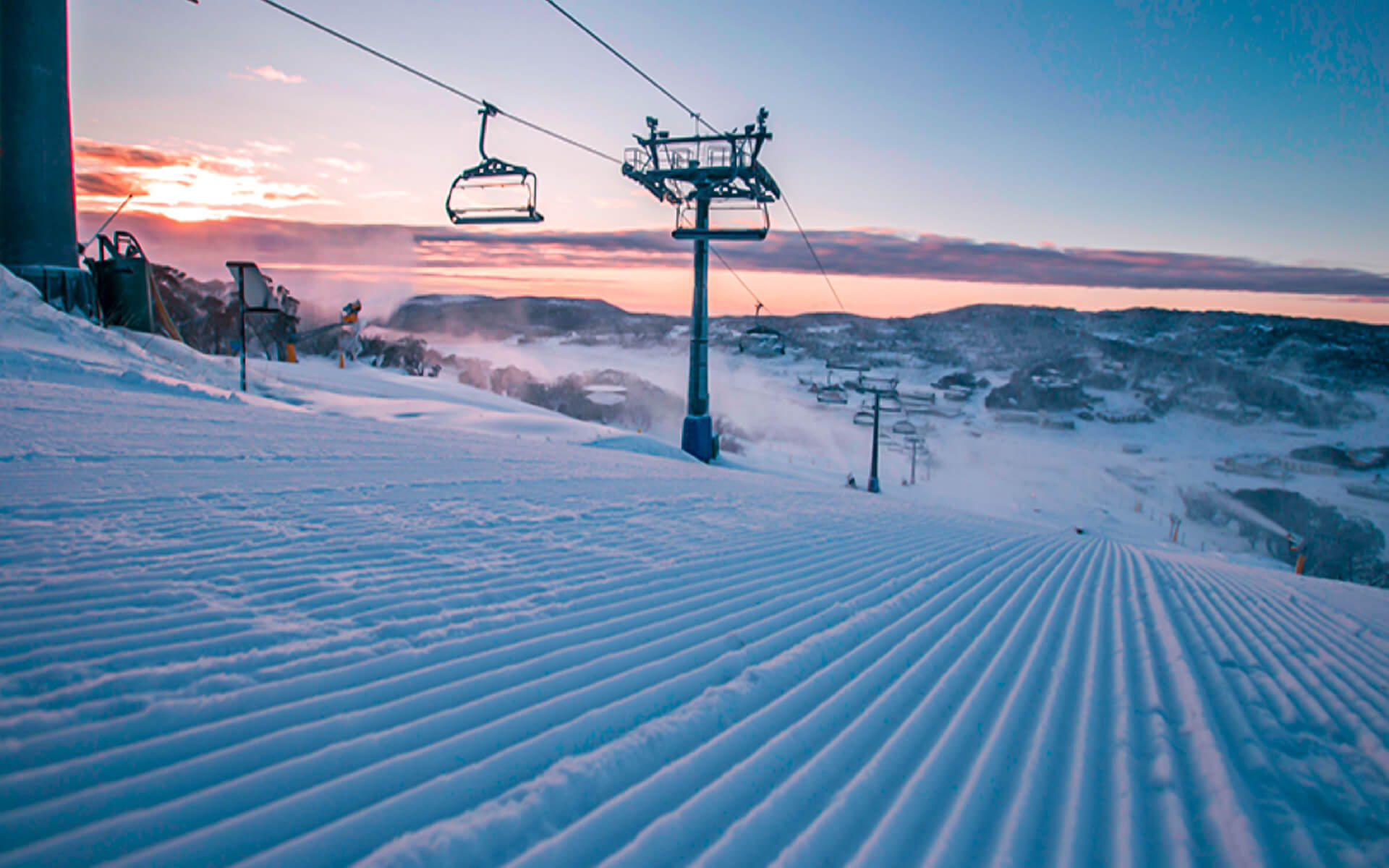 Perisher is the most popular snow tourist resort in Australia. Perisher (known as Perisher Blue until 2009) is Australia’s biggest ski resort. The resort is an amalgamation of four villages (Perisher Valley, Smiggin Holes, Guthega, and Blue Cow) and their associated ski fields, covering approximately 12 square kilometers (5 sq mi), with the base elevation at 1,720 metres (5,640 ft) AHD and the summit elevation of 2,054 metres (6,739 ft) at Mount Perisher. 240 snow cannons cover 4.4 square kilometers (1.7 square miles) of this region, which is used to artificially augment natural snowfall. Perisher’s diverse terrain is appropriate for all ages and skill levels, from beginners to specialists.