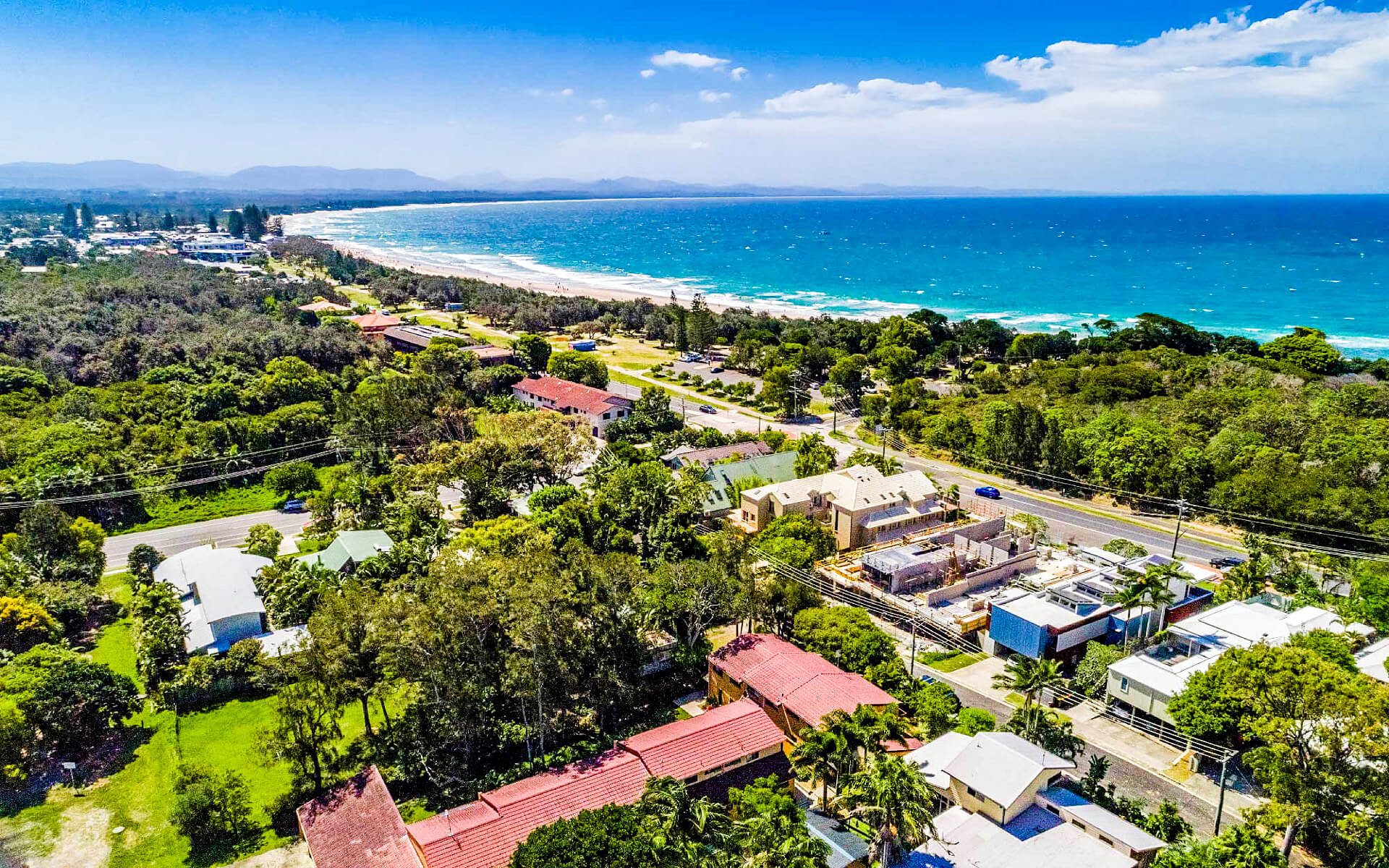 Byron Bay is a coastal town in the far northeastern part of the Australian state of New South Wales. It is 772 kilometers (480 miles) north of Sydney and 165 kilometers (103 miles) south of Brisbane. Cape Byron, a nearby headland, is the easternmost point of continental Australia. The town has a permanent population of 4,959 according to the 2011 census. The town is the heart of the Byron Shire, which has a population of 29,209 people.

Byron Bay is famous across the globe for its surfing beaches, scuba diving, whale watching, rural beauty, and relaxed way of life. It is a popular tourist destination.

Byron Bay and its environs have a population of about 30,000 people. Tourism in the region has increased dramatically, with over 1.7 million tourists every year. During the summer, the western route in and out of town to the north may become congested and sluggish. During peak hours, entering through Ross Lane off the motorway to the south may provide a faster solution.

There are various beaches in town that are famous for surfing. It is a popular tourist destination for both local and foreign visitors, especially backpackers traveling along the Australian coast; the view also draws skydivers. The region is also known for its wildlife, with the whale watching sector contributing significantly to the local economy.

An oceanway connects the town center to the Cape Byron lighthouse. This enables people to stroll or ride their bikes to the lighthouse.

At Byron Bay, temperate and tropical seas meet, making it a popular spot for scuba diving and snorkeling. The majority of diving takes place at Julian Rocks, which is part of the newly formed Cape Byron Marine Park and is just a few minutes by boat from Main Beach.

Byron Bay is also adjacent to subtropical rainforests, with places like the Nightcap National Park and the Minyon Falls all within reasonable driving distance.

Byron Bay is currently a popular location for Schoolies Week, which takes place in late November and early December.

The climate at Byron Bay is humid subtropical, with hot summers and mild winters. Winters are mild, with daily highs of 19.4 degrees Celsius and lows of 11 degrees Celsius. Summer may be quite hot, with a daily average temperature of 27 °C. Summer nights may be damp, which helps to chill the day and creates a nice nocturnal temperature.

Byron Bay is part of the erosion caldera of the Tweed Volcano, an old shield volcano that erupted 23 million years ago. The Indo-Australian Plate moved across the East Australia hotspot, causing the volcano to develop.