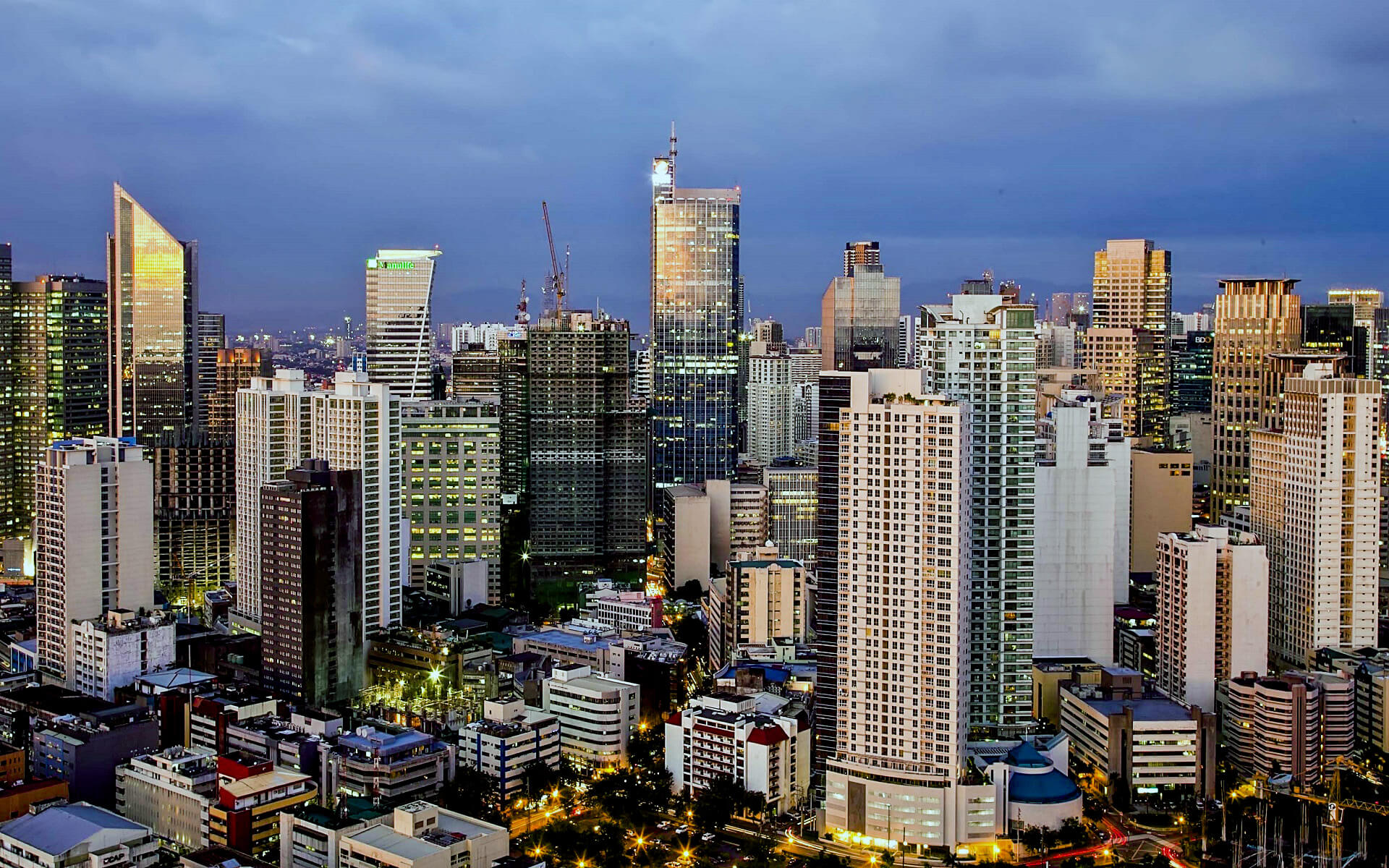 Manila is the Philippines’ capital and the country’s hub of administration, education, religion, and finance. It also has a large number of important architectural and cultural sites in the nation.

Manila is located on the eastern side of Manila Bay. Manila is the Philippines’ second most populated city, with a population of 1,652,171 according to the 2010 census. With 42,857 people per square kilometer, Manila is the world’s most densely inhabited metropolis.

Sprawling, congested, and polluted are likely the first words that come to mind when you think of Manila, but don’t let that deter you from exploring its points of interest, which include its churches, diverse and complicated culture, colonial history, massive malls, bustling markets, hidden architectural gems, and vibrant nightlife. Take advantage of the chance to discover Manila and form your own unique bond with the city.

The majority of individuals in Manila wear T-shirts and jeans, speak English, read and write in Roman type, and do not feel at ease using chopsticks. Manila is noted for being a city where the ancient and modern coexist. Spanish colonial churches, old-fashioned museums, and neo-classical structures coexist with contemporary retail malls, fashionable art museums, and glass-stained skyscrapers. Its combination of urban growth and historical history has given Manila a distinct and appealing image.

Tourism is an important sector in Manila, which receives over 1 million visitors each year. The walled city of Intramuros, the National Theater at the Cultural Center of the Philippines, Manila Ocean Park, Binondo, Ermita, Malate, Manila Zoo, National Museum of the Philippines, and Rizal Park are all popular tourist attractions.

Intramuros is Manila’s historic district. Originally, it was thought to be Manila itself under the Spanish Empire’s colonial administration of the Philippines. Intramuros and Rizal Park have been selected as flagship destinations to become tourist business zones under the Tourism Act of 2009.

Intramuros’ design incorporates both the Spanish colonial and American neoclassical architectural styles, since the Philippines was a colony of both Spain and the United States until gaining independence in 1946. Kalesa is a common method of transportation in Intramuros and its surrounding areas, including Binondo, Ermita, and Rizal Park.

Manila is the country’s well-known retail centre, and it has been rated one of the top shopping destinations in Asia. In Manila, major retail malls, marketplaces, and bazaars flourish.

Robinsons Place Manila is the city’s biggest retail mall. The mall was John Gokongwei’s second and, by far, the biggest Robinson Mall ever constructed. SM Supermall continues to have a presence in the city. One of its retail malls is SM City Manila, the city’s first SM Supermall, which houses prominent SM brands such as The SM Store, SM Supermarket, SM Cinemas, and SM Foodcourt. It is situated next to the Manila City Hall. SM City San Lazaro is Manila’s second SM Supermall. It may be found in Santa Cruz. The old San Lazaro Hippodrome served as the foundation for SM City San Lazaro. The old Manila Royal Hotel in Quiapo, famous for its spinning restaurant above, is now the SM Clearance Center, which opened in 1972. The first SM Store opened on Carlos Palanca Sr. (previously Echague) Street in San Miguel.

Quiapo is known as the “Old Downtown,” and it is filled with tiangges, marketplaces, boutique shops, music and electronics businesses. C.M. Recto Avenue is home to a slew of department retailers. Divisoria, one of Recto Avenue’s most well-known destinations, is home to several of the city’s retail centers. It is also known as the Philippines’ shopping mecca, since everything is offered at a discount. Binondo, the world’s oldest Chinatown,[26] is the city’s hub of commerce and trade for all sorts of companies managed by Filipino-Chinese entrepreneurs, with a diverse selection of Chinese and Filipino stores and eateries.

The climate of Manila is tropical savanna.

Manila, like the rest of the Philippines, is totally inside the tropics. Because to its near to the equator, the temperature range is quite narrow, seldom falling below 20 °C (68 °F) or rising over 38 °C (100 °F).

Throughout the year, humidity levels are often fairly high. Manila has a distinct dry season that lasts from December to May, and a comparatively long rainy season that lasts the rest of the year with significantly colder temperatures. During the rainy season, it seldom rains all day, although it may be extremely heavy at times. Typhoons often strike from June through September.

Almost the whole city of Manila is constructed on top of millennia of ancient alluvial deposits created by the Pasig River and some land recovered from Manila Bay. Human activity has significantly impacted the city’s terrain, including significant land reclamation around the waterfronts since American colonial days. Some of the city’s inherent topographic variances have been evened out as a result of development. The city has a land area of 24.98 square kilometers (9.64 square miles)[4] and a total area of 38.55 square kilometers as of 2007. (14.88 sq mi).

Manila is located above the Pacific typhoon zone and is crisscrossed by multiple fault lines. According to Swiss Re, this has resulted in Manila and its metropolitan area being regarded as the second riskiest capital (city) to reside in. The seismically active Marikina Valley Fault System threatens Manila and its environs.

The stone and brick medieval metropolis of Manila was devastated by multiple terrible earthquakes, most notably in 1645 and 1677.

During the Spanish colonial era, Colonial architects employed the Earthquake Baroque style to respond to the regular earthquakes.

In the Philippines, the city is a significant hub for banking and finance, retailing, transportation, tourism, real estate, new and traditional media, advertising, legal services, accounting, insurance, theater, fashion, and the arts.

The Port of Manila is the Philippines’ major seaport and the country’s primary international maritime gateway.

Binondo, the city’s oldest and biggest Chinatown, was the epicenter of trade and economic activity. Within its historic streets, there are several residential and office towers. The municipal administration of Manila is vigorously pursuing plans to transform Chinatown into a business process outsourcing (BPO) center. Thirty buildings have already been selected for conversion into BPO offices. These buildings, which are largely situated along Binondo’s Escolta Street, are completely vacant and may be transformed into offices.

Divisoria, located near Binondo, has been named the Philippines’ retail mecca. This area has clusters of shopping malls as well as various small-scale establishments that offer items and commodities at low prices. The Tutuban Center, a massive retail mall that is part of the Philippine National Railways’ Main Station, is Divisoria’s most recognized landmark. It receives 1 million visitors each month and is anticipated to get an additional 400,000 visitors when the LRT-2 West Extension is completed, making it Manila’s busiest transfer station.

The city’s diverse businesses create industrial-related items like as chemicals, textiles, clothes, and electrical equipment. Food, drinks, and tobacco items are also manufactured. Rope, plywood, refined sugar, copra, and coconut oil are among the principal commodities processed by local enterprises for export. The food-processing industry is one of the city’s most stable significant industrial sectors.

Payphones are widely available in the city center. The usage of mobile phones is very widespread. To be able to utilize your phone, it must be at least a dualband GSM phone. Globe and Smart are the leading mobile carriers in the Philippines, and they welcome you to utilize them as a roaming partner (inquire from your home carrier if they have Globe and Smart as a roaming partner).

Most coffee shops now provide WiFi, allowing you to access the web while drinking a cup of joe. The most popular WiFi providers are Airborneaccess.net and WIZ. Ask around to see whether use is free; otherwise, as is commonly the case, you will have to purchase an internet access card at the counter.