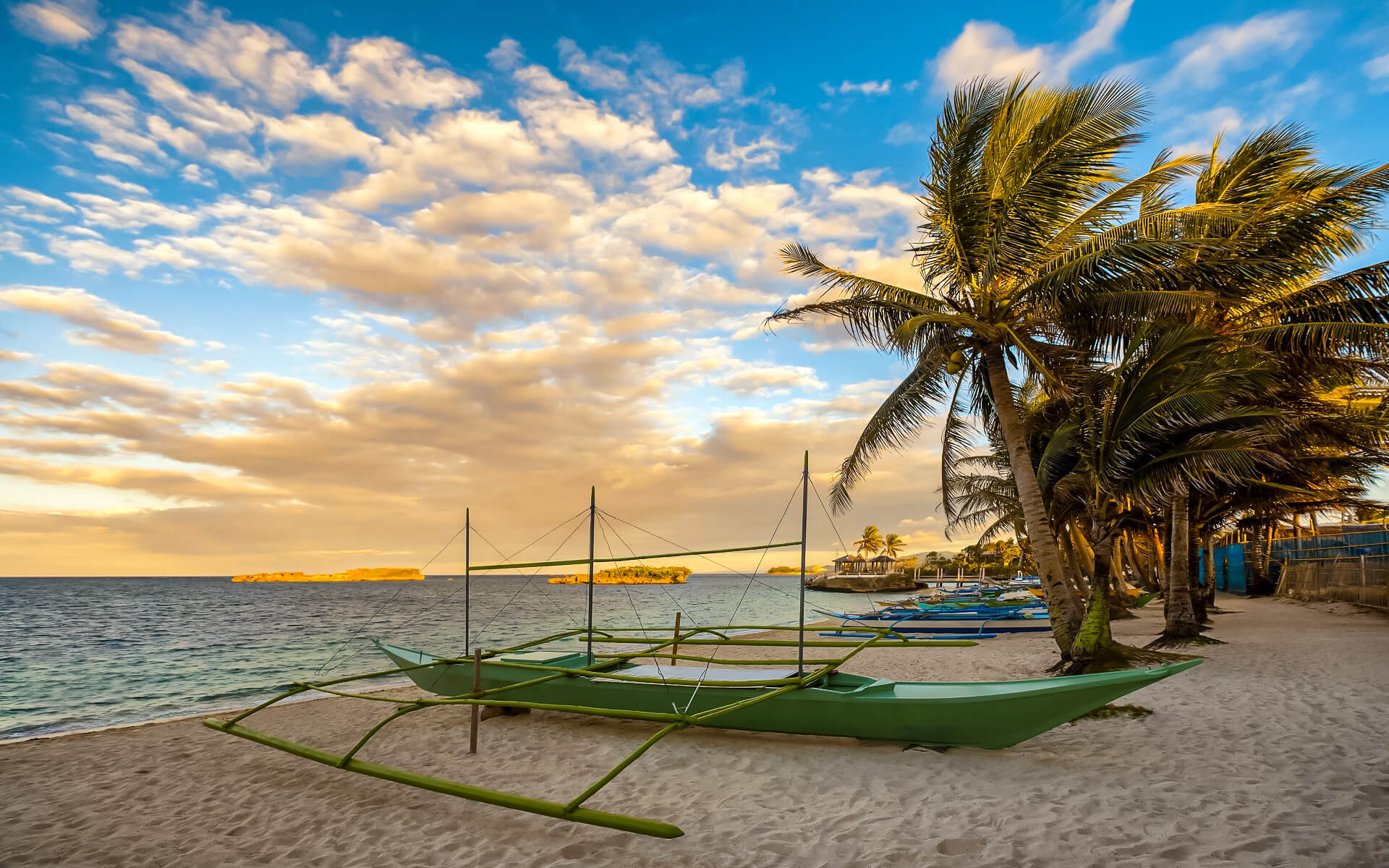 Boracay is a tiny island in the Philippines situated around 315 kilometers (196 miles) south of Manila and 2 kilometers off the northwest point of Panay Island in the Western Visayas area. Boracay Island and its beaches have gained recognition from a variety of tourism magazines and organisations. The island is made up of the barangays of Manoc-Manoc, Balabag, and Yapak in the Aklan Province municipality of Malay. The Philippine Tourism Authority and the Aklan Provincial Government are in charge of the island. Boracay is well-known for being one of the world’s top leisure locations, in addition to its white sand beaches. It is also quickly becoming one of the top places for both tranquillity and nightlife.

Boracay is a tropical island in the Philippines approximately an hour’s flight from Manila. It features some of the best long white sand beaches in the country and is one of the country’s most developed tourist attractions.

There are facilities to accommodate all levels of activity. Beach-front hotels frequently offer lounge chairs put up only a few feet away from the hotel gates for people who wish to relax and soak up some sun. For those seeking more active hobbies, facilities for traditional water sports activities such as sailing, wind surfing, snorkeling, diving, and jet skiing are commonly accessible. Boracay’s pleasure doesn’t stop when the sun goes down. Boracay’s nightlife is vibrant, with several clubs and restaurants selling food, drinks, and entertainment till late at night.

Boracay is a fantastic option for anybody who can afford a complete variety of services in a superb tropical setting. It is not, however, a good pick for bargain seekers; costs are somewhat expensive by Philippine standards, albeit modest by Japanese or Western ones and cheaper than many sites in the Mediterranean, Caribbean, or South Pacific.

During the dry season (November to April), commonly known as Amihan, White Beach is tranquil and ideal for swimming and other activities. The opposite side of the island boasts strong winds and waves, making it ideal for wind surfing, wave running, and other water sports. This is reversed during the rainy season (June-October), also known as Habagat, with the possibility of typhoons. White Beach is often subjected to strong winds and waves, making it unfit for swimming.

Boracay Island is situated northwest of Panay Island and is part of the Philippines’ Western Visayas island group, or Region VI. The island is roughly seven kilometers long, dog-bone shaped, and has a total land area of 10.32 square kilometers.

The south-facing Cagban Beach is situated across a small strait from Panay island’s jetty port at Caticlan, and the Cagban jetty port serves as Boracay’s principal entrance and departure point for the most of the year. Tambisaan Beach, which faces east, acts as an alternate access and departure point when wind and wave conditions require. White Beach and Bulabog Beach, Boracay’s two main tourist beaches, are situated on opposing sides of the island’s small core section. Bulabog Beach faces east, whereas White Beach faces west. There are numerous additional beaches on the island.

The major tourist beach, White Beach, is roughly four kilometers long and flanked with resorts, hotels, lodging homes, restaurants, and other tourism-related enterprises. For approximately two kilometers in the center, there is a pathway known as the Beachfront Path that separates the beach from the enterprises that line it. Beachfront businesses face the beach itself both north and south of the Beachfront Path. Several roads and trails link the Beachfront Path to the island’s main road, which traverses the length of the island. A trail extends around the headland at the extreme northern end of White Beach, connecting it to Diniwid Beach.

Bulabog Beach, located across the island from White Beach, is the island’s second most popular tourist beach and the primary windsurfing and kiteboarding spot.

Boracay is separated between 400 hectares of conserved forestland and 628.96 hectares of agricultural land for land use and conservation reasons.

Internet access is quite sluggish around the island. Poor speed of roughly 200 kbit/s is to be expected. Smart and Globe both provide 3G service. Pantelco offers a DSL connection with a maximum speed of 700 kbit/s for ₱1700 per month.

Small Internet cafés may be found all throughout the island. Wi-Fi is available everywhere, from five-star hotels to tiny inns.