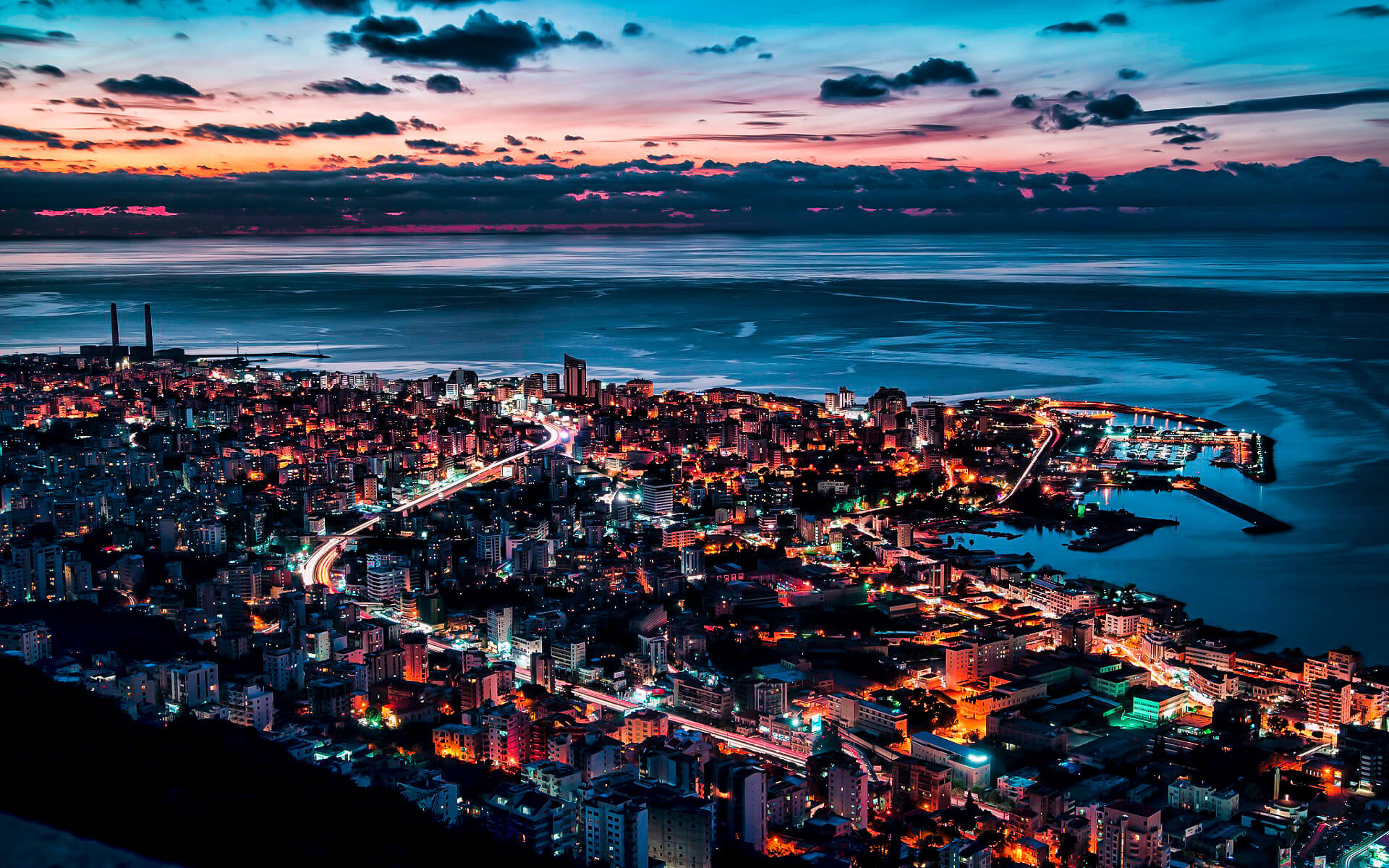 Beirut is Lebanon’s capital city, with a metropolitan population of around 2.1 million people. The settlement is situated on a tiny rocky outcrop protruding into the east Mediterranean.

It is Lebanon’s largest city by far. Because of Lebanon’s tiny size, the capital has traditionally been the country’s sole real cosmopolitan metropolis, and it has served as the country’s economic and financial centre since independence. Jounieh, a city intimately linked with Beirut, located 20 kilometers to the north.

Beirut is Lebanon’s capital and the country’s economic hub, with major banks and firms headquartered in the city’s Central District, Hamra Street, Rue Verdun, and Ashrafieh.

Beirut, along with Vigan, Doha, Durban, Havana, Kuala Lumpur, and La Paz, was named one of the New7Wonders Cities in May 2015.

Beirut’s Central District, which is mostly pedestrianized, is the heart of the city’s tourist sector. The neighborhood is made up of stone-façade structures that line arcaded roadways and radial lanes. The architecture in the neighborhood is a blend of French and Venetian Gothic styles, as well as Arabesque and Ottoman elements. There are several historic mosques and crusader churches in the neighborhood, as well as Roman relics and ruins. The District is home to a plethora of restaurants, cafés, and taverns, as well as a diverse selection of retail establishments, the most of which are located in Beirut Souks. The district’s New Waterfront, marina, and beach promenade are all lined by high-rise hotels and skyscrapers.

The Corniche Beirut, a 4.8 km (3 km) pedestrian promenade that encircles the capital’s coastline from Saint George Bay in the north to Avenue de Paris and Avenue General de Gaulle in the south, is another famous tourist site in Beirut. Raouché, a high-rise residential enclave towering above a massive white limestone cliff and facing the iconic off-shore Raouché Rocks, is where the corniche reaches its highest point above sea level.

Hamra Route is a lengthy cobblestone street that connects Beirut’s Central District to the seaside Raouche neighborhood. The street is densely packed with shops, boutiques, restaurants, banks, street sellers, sidewalk cafés, newspaper kiosks, and a thriving nightlife fueled by students from the nearby American University of Beirut. Another popular tourist site is the AUB campus, which is made up of a collection of red-roofed buildings from the nineteenth century spread out on a forested slope overlooking the Mediterranean.

Gemmayzeh is Beirut’s creative Bohemian area, with tiny lanes and ancient French-era houses. It is situated to the east of Beirut’s Central District, adjoining the Saifi Village. The region is well-known for its stylish bars and pubs, cafés, restaurants, and lounges, the majority of which are immediately situated on Rue Gouraud, the main artery that runs through the heart of the city. Gemmayzeh was dubbed “SoHo by the Sea” by Travel + Leisure magazine in 2004 because of its colorful and stylish cafés nestled among 1950s apartment complexes and hole-in-the-wall stores.

The tourist sector in Beirut has traditionally been significant to the local economy and continues to be a key source of income for the city and Lebanon as a whole.

Prior to the Lebanese Civil War, Beirut was popularly recognized as “The Paris of the Middle East,” often touted as a financial and economic powerhouse where tourists could experience Levantine Mediterranean culture.

Because of its diversified environment and historical history, Beirut is an essential destination that is steadily rebuilding itself after years of instability. Although, in recent years, several nations, such as the United States, have repeatedly placed Lebanon, and particularly Beirut, on their travel warnings list owing to a high number of vehicle bombs and organized political violence.

According to 2012 tourism data, 34% of visitors to Beirut came from Arab League nations, 33% from European countries (mostly France, Germany, and the United Kingdom), and 16% from the Americas (about half of which are from the United States).

Beirut has a hot-summer Mediterranean climate with warm days and nights.

Autumn and spring are pleasant, winter is moderate and wet, and summer may be almost completely dry.

During the afternoon and evening, the predominant wind is from the west (onshore, blowing in from the Mediterranean); at night, it reverses to offshore, blowing from the land out to sea.

Beirut is located on a peninsula that extends westward into the Mediterranean Sea, about 94 kilometers (58 miles) north of the Lebanon-Israel border.

It is surrounded by the Lebanon Mountains and has a triangle form as a result of its location between and atop two hills: Al-Ashrafieh and Al-Musaytibah.

The shoreline is very varied, with rocky beaches, sandy coasts, and cliffs all right next to one other.

Beirut’s economy is service-oriented, with banking and tourism being the key growing areas.

In a region characterized by autocratic or militaristic administrations, the Lebanese capital was often viewed as a perilous bastion of liberty.

With its seaport and airport, as well as Lebanon’s free economic and foreign exchange system, solid gold-backed currency, banking secrecy law, and favorable interest rates, Beirut established itself as a banking center for Arab wealth, much of which was invested in construction, commercial enterprise, and industry (mostly the manufacture of textiles and shoes, food processing, and printing).

Beirut’s economy is varied, including publishing, finance, trading, and a variety of sectors. Beirut was the region’s financial services hub at the time. Lebanon-based banks were the primary receivers of the region’s petrodollars during the commencement of the oil boom in the 1960s.