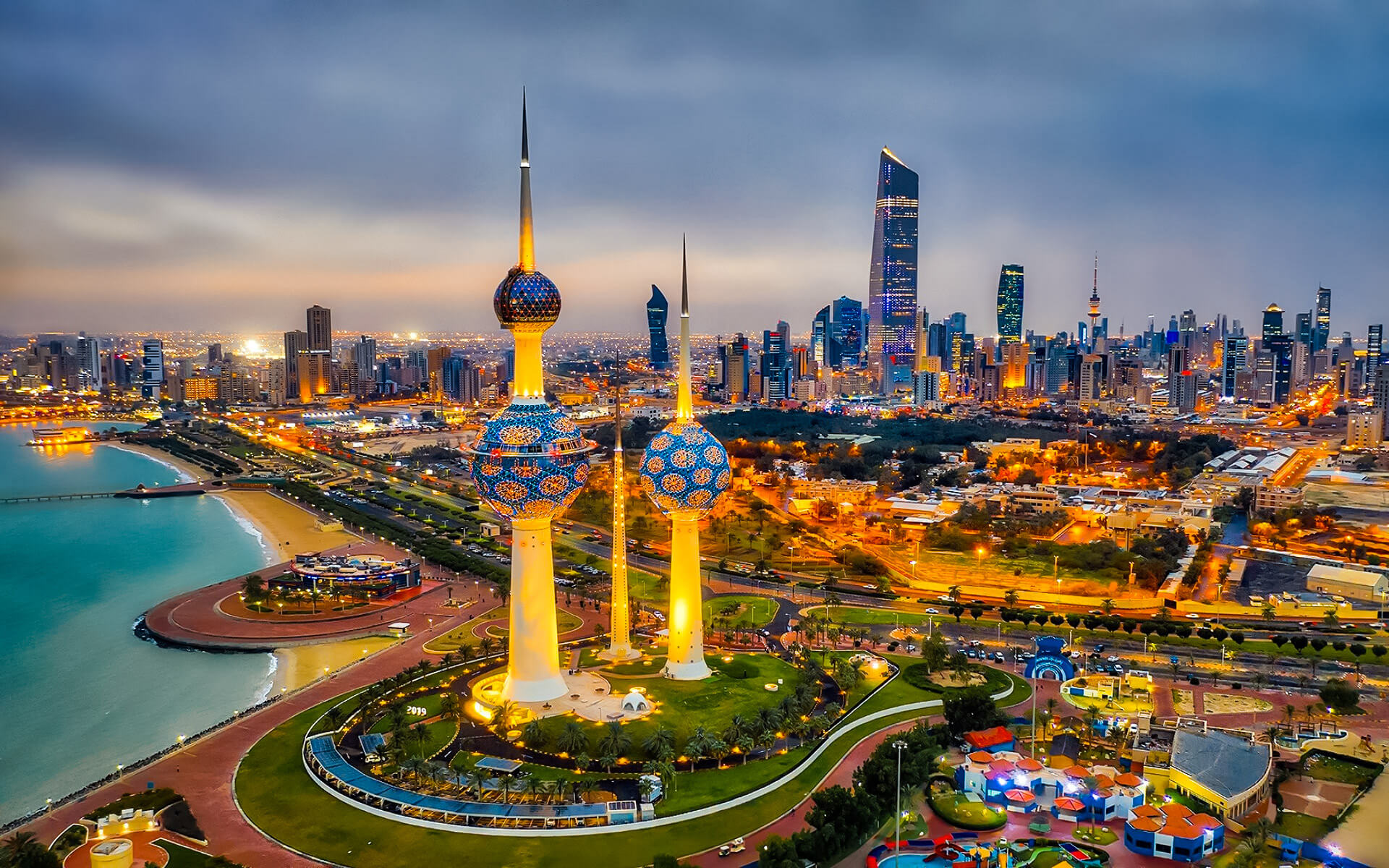 Kuwait City is a thriving city filled with high-rise office buildings, luxury hotels, large boulevards, and well-kept parks and gardens. Its harbor serves oil tankers, commercial ships, and a variety of leisure vessels. The Kuwait Towers are its most prominent features. Kuwait Place, on the other hand, is not an appealing city to visit since most of the architecture and overall atmosphere is sand-blown dustiness.

In Kuwait City, there are several activities to do. Lunch and supper may be served at the Kuwait Towers (the three towers by the sea with water storage). It is good to take a tour of Kuwait’s Grand Mosque; just ask the security officer in front of the mosque’s entrance. The Kuwaiti Stock Exchange sits across the street from the Grand Mosque and seems to be accessible to the public.

While in Kuwait, it is also essential to smoke Shisha (Hookah/Hubbly Bubbly) at a café. There are also a number of excellent restaurants serving Iranian, Lebanese, and Bedouin cuisine.

Visit the Aqua Park near the Kuwait Towers to escape the harsh heat of the Middle East. It costs 3.50 KD to enter and has a range of contemporary rides and pools.

Many of the well-kept walkways that border Kuwait’s shore may also be walked along. At sunset, relax on a bench across from the Sharq Mall and watch the sun set over the Arabian Sea. Relax by purchasing an inexpensive sack of nuts or a bag of olives from the souq at the fish market.

Fitness enthusiasts and health-conscious individuals have various possibilities for engaging with premium fitness centers in and around Kuwait City. Some of the top fitness clubs and gyms are located in hotels such as the Palms, SAS Radisson, and Hilton. There are also spas and fitness facilities that are self-contained. Some of Kuwait’s greatest fitness facilities include Elysium, Flex, Spa Time, and Ayurmana.

Kuwait City has a scorching desert environment and is one of the world’s hottest cities in the summer.

Given its coastal location and proximity to the equator in compared to the scorching desert climates of Africa and Saudi Arabia, the heat in the city is very intense, with the hot desert surrounding it in virtually every direction.

Sand storms are caused by the shamal wind at times throughout the summer. Sand storms may occur at any time of year, although they are most often in the summer and less commonly in the fall.

Kuwait City is located on Kuwait Bay, a natural deep-water harbor. 90% of Kuwait’s population live within the Kuwait Bay coast. The country is generally low lying, with the highest point being 306 m (1,004 ft) above sea-level.

It has nine islands, all of which, with the exception of Failaka Island, are uninhabited.

The resulting soil contamination due to oil and soot accumulation had made eastern and south-eastern parts of Kuwait uninhabitable. Sand and oil residue had reduced large parts of the Kuwaiti desert to semi-asphalt surfaces. The oil spills during the Gulf War also drastically affected Kuwait’s marine resources.

Kuwait’s economy is built on petroleum, and the primary export items are petroleum and fertilizers. The Kuwaiti dinar is the world’s most valuable monetary unit.

Petroleum contributes for roughly half of GDP and 90% of export revenues and government revenue.