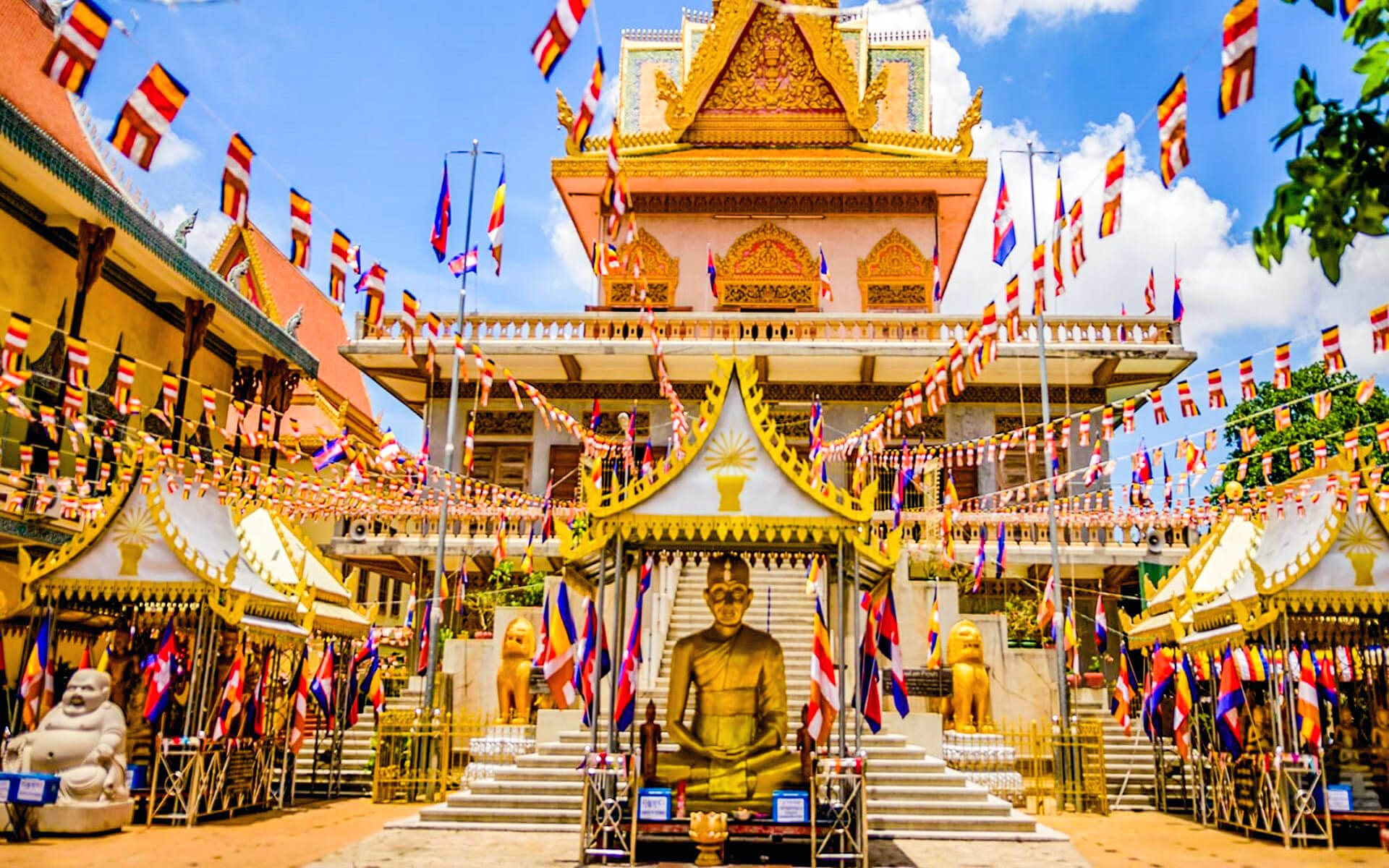 It was formerly known as the “Pearl of Asia,” and it was regarded as one of the most beautiful French-built towns in Indochina in the 1920s. Phnom Penh, as well as Siem Reap and Sihanoukville, are important international and local tourism attractions in Cambodia. The city, which was founded in 1434, is known for its gorgeous and ancient architecture as well as its attractions. Along the main boulevards, there are a number of historic French colonial structures.

The Phnom Penh metropolitan region, located on the banks of the Tonle Sap, Mekong, and Bassac rivers, is home to around 2.2 million of Cambodia’s population of over 14.8 million people, an increase from over 1.9 million in 2008.

Despite being rescued from the Khmer Rouge by the Vietnamese in 1979, Phnom Penh has always been a tough neighborhood. Things are getting better, but roads are still in disrepair, traffic is hectic, and power is scarce.

High-rise structures and traffic lights are gradually being added to the metropolis. Unfortunately, the beauty that made it a “Paris of the East” before 1970 has been lost, while a few French colonial structures survive. The vast boulevards and promenades envisioned by the French have been converted into parking lots and market stalls: pedestrians are not happy.

The most enjoyable walking is along the park-like riverfront, which is lined with cafés and restaurants. The city’s standard tourist attractions are sparse, making it a great spot to unwind, observe street life, and soak in the local flavor. Phnom Penh is an excellent trip for people who want a “edgy” atmosphere and are willing to put up with the drawbacks of reckless driving, noise, dust, and persistent thievery.

There are several touts and beggars. A stern but courteous denial should suffice. Beggars who are elderly or crippled will gladly receive 500 riel. Remember that everyone old enough to have survived the Khmer Rouge had a difficult life. Generosity is not a negative thing in this situation. Some elderly individuals may even bestow a blessing on you as a result of your gift. Cocky young children demanding a dollar should be discouraged.

During the rainy season, the temperature is hot and humid, with rains in the late afternoon.

The climate of Phnom Penh is tropical wet and dry. The weather is hot all year, with very small fluctuations. Temperatures normally vary from 22 to 35 °C (72 to 95 °F), and the weather is influenced by tropical monsoons. From May to October, the southwest monsoon sweeps inland, bringing moisture-laden winds from the Gulf of Thailand and the Indian Ocean. The dry season, which lasts from November to March, is heralded by the northeast monsoon. The city receives the most rain from September through October, with the driest months being January and February.

Phnom Penh is situated in Cambodia’s south-central area, completely encircled by the Kandal Province. The Tonlé Sap, Mekong, and Bassac rivers run through the municipality. These rivers provide the city with freshwater and other natural resources. Phnom Penh and its neighboring regions are typical flood plain locations in Cambodia. Despite being 11.89 metres (39 feet) above the river, monsoon season flooding is an issue, and the river sometimes breaches its banks.

SIM cards for GSM phones start at $2 and can be purchased on practically any major street. A seller should have an active test card available to ensure that your phone will function on that network. Calls between mobile networks may be intermittent, and Skype calls from overseas to Cambodian mobiles are sometimes lost, so be prepared to redial often. SIM cards, phone credit, and internet packages may be purchased and activated at the airport, which is accessible immediately after customs. If you know you’re going to get a local sim card in Cambodia, this is a wonderful time and location to do it. Before leaving the house, make sure your phone’s sim card is unlocked. All phones sold in Cambodia seem to be unlocked. Dual-sim phones are inexpensive and beneficial for travelers who wish to use their home sim card and a local sim card simultaneously.

Mobitel and metfone offer the greatest coverage in Cambodia. Metfone is especially fantastic for their internet bundles (e.g., 2.5GB for one month for $5) and, unlike Mobitel, they offer hotspot tethering from your smartphone. Useful if you often use a laptop and wish to connect to wifi using your hotspot-enabled smartphone.

Most major networks, such as metfone, have kiosks at the Phnom Penh airport, right after customs, where you may purchase a local sim card, credit, and an Internet data plan. If so, double-check that everything seems to be working properly before leaving, such as by opening a web page and checking your balance.

Wi-Fi is offered in the majority of hotels that cater to Western visitors and travellers. Speed and dependability are comparable to neighboring nations. In Phnom Penh, there is no scarcity of Internet cafés. The majority are in the 1,500 riel/hour to 2,000 riel/hour (USD0.50) range.

A variety of outlets provide wireless and wired connectivity for laptops. Most upscale hotels provide high-speed internet connectivity for a fee. Along Sisowath Quay, there are many cafés, including the Foreign Correspondents’ Club (expensive), Fresco Café (under the FCC, also costly), K-West Café (at the Amanjaya Hotel), the Jungle Bar and Grill, and Phnom Penh Café (near the Paragon Hotel), and Metro Cafe (free).

The main, spectacular French colonial-style post office is located between St 13 and 102, approximately between Wat Phnum and the Riverside. Another branch is located closer to downtown, near the junction of Sihanouk and Monivong Boulevards. Both offices are open seven days a week and provide a complete variety of postal services, including low-cost PO boxes.

International postcard postage is 3,000 riel. There are several really lovely picture stamps available. Philatelists: want mix-and-match alternatives. Letters and packages sent to Phnom Penh’s post office regularly go lost or are not delivered to recipients for up to a year.