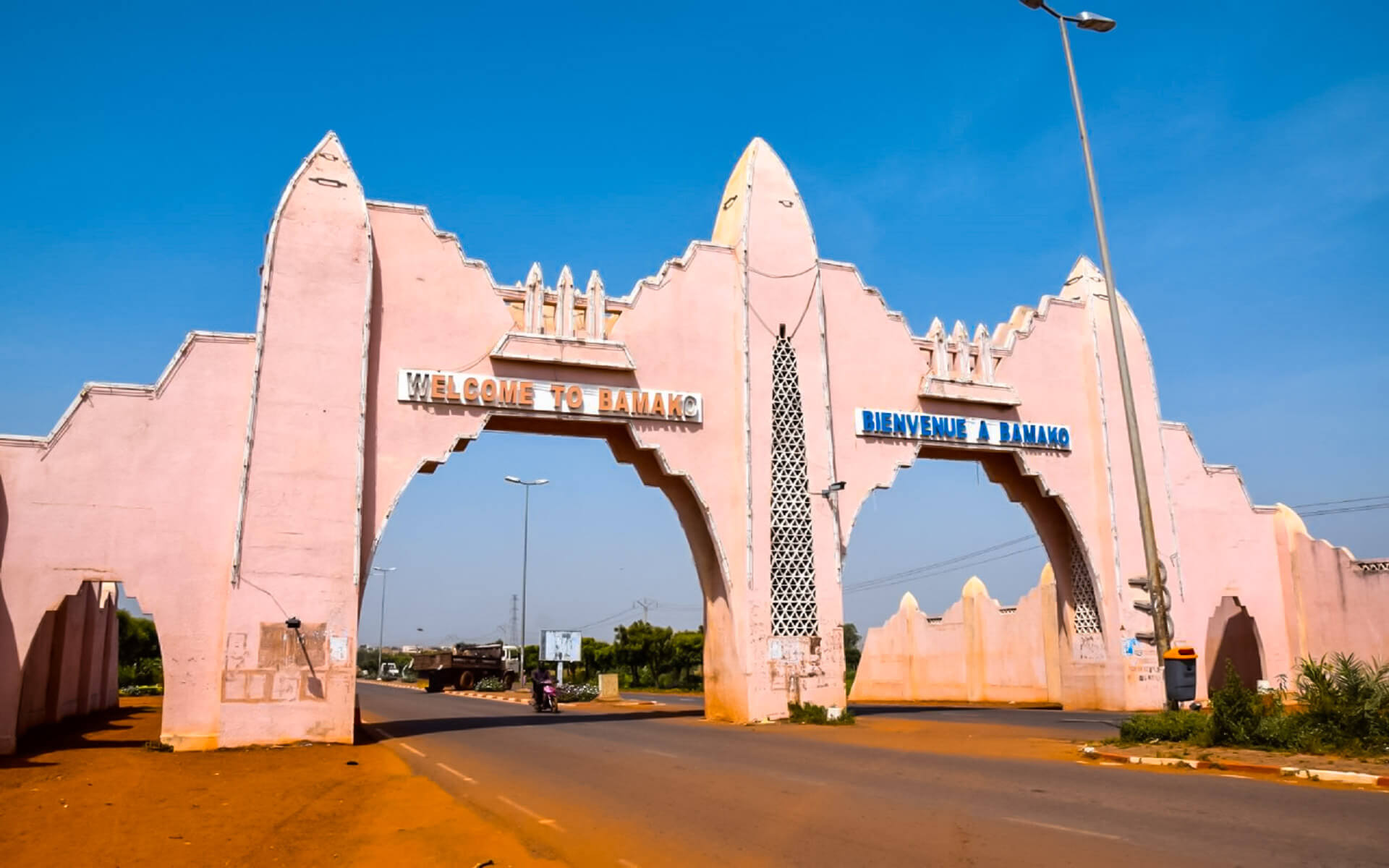 With a population of 1.8 million people, Bamako is Mali’s capital and biggest city. It was considered in 2006 to be Africa’s fastest growing metropolis and the sixth quickest in the world.

It’s near the rapids that separate the upper and middle Niger basins in the southwestern section of the nation, on the Niger River.

Bamako serves as the country’s administrative capital. The city proper is a self-contained cercle. The river port of Bamako, as well as a significant regional commercial and convention hub, are both situated in adjacent Koulikoro. After Lagos, Abidjan, Kano, Ibadan, Dakar, and Accra, Bamako is the seventh-largest city in West Africa. Textiles, processed meat, and metal items are examples of locally produced goods. The Niger River is used for commercial fishing.

Bamako (Bàmak in Bambara) is named from a Bambara term that means “crocodile river.”

Only a few key roads (goudrons) are paved; the remainder of the city’s roadways are unpaved, becoming dusty in the dry season (November to May) and muddy in the rainy season, providing breeding grounds for malaria-carrying mosquitoes.

Due to the absence of road signs, the convoluted arrangement of the streets, and the city’s one-way system, navigating the city may be difficult. The roads are clogged with cars and motorbikes that seem to be crammed into every available place. Traffic cops are very attentive, and they may seem to enforce arbitrary traffic laws at times. They are generally on motorbikes, so trying to escape them in your car is a bad idea since they will swiftly catch up.

Hiring a taxi-motorcycle to take you to your destination is often the easiest method to get about the city. These are reasonably priced. There is no meter, and the amount is agreed upon in advance.

The climate in Bamako is tropical savanna.

Bamako, which is sandwiched between the Sahara to the north and the Gulf of Guinea to the south, is hot all year, with the hottest months being March, April, and May.

November through February are the coldest months. Rainfall is limited in the winter, with little falling from October to April and almost none between December and February.

Summer is the rainy season, with the months of July, August, and September being the busiest.

The floodplain of the Niger River runs through Bamako, preventing development along the riverside and along the Niger’s tributaries. Bamako is mostly flat, with the exception of an escarpment to the north, which is the remnant of an extinct volcano. This is where the Presidential Palace and the major hospital are situated.

The city sprang up on the northern bank of the river, but as it expanded, bridges were built to link the north and south.

Bamako’s historic business area was situated to the north of the river and was encompassed by Avenue du Fleuve, Rue Baba Diarra, and Boulevard du Peuple. The Marché Rose and Street Market are located in this region.

The downtown region is very crowded, filthy, and costly, and urbanization is spreading rapidly within a 30-kilometer radius (19 mi). The southern bank of the Niger River today has the most densely populated region. The ACI-2000 sector is fast creating a contemporary central business district directly west of the city area, taking use of a well-designed geometric plan, a legacy of the former airport runways and taxiways.

Many prominent corporations and administrative entities have their headquarters in Bamako.

For decades, Saudi Arabia invested heavily in Bamako, resulting in the construction of a number of significant monuments. China has been a major investor in Bamako in recent years, helping to enhance the city’s infrastructure and services.

Agriculture is active in Bamako, as seen by the presence of Bozo fishermen, and livestock are often seen crossing the streets. The manufacturing and service sectors, on the other hand, are by far the most significant. 70% of industrial activity is concentrated in the Bamako District.