Moscow with twelve million inhabitants, wide boulevards, impeccable metro-system with cells that resemble ballrooms and 38 squares made into a winter fairy tale, is the place to welcome the beginning of the year. At a time when Christmas fairs in the cities of Europe close, in Moscow starts with illuminations and ice sculptures of palaces, castles, fortresses, churches … The festive atmosphere for Christmas (as the Russians called Christmas Day) lasts until mid-January.

Skating With the sounds of Tchaikovsky

With “Waltz of Roses” by Tchaikovsky, ice rink in front of the Bolshoi Theater always filled with children, while parents are thinking about a big samovar and hot tea that is offered on the Red Square. Right next to the ice rink, where every evening under the spotlights professional skaters perform “Swan Lake”, is lined with decorated houses that are selling colorful, wooden, hand-made Russian souvenirs. There is I Historical Museum, the most photographed red building on the world. Even winter fairs russians organize differently to the central European countries. Most spectacular fair is on the Red square, in front of the most luxurious department store “Gum”, which irresistibly shines. 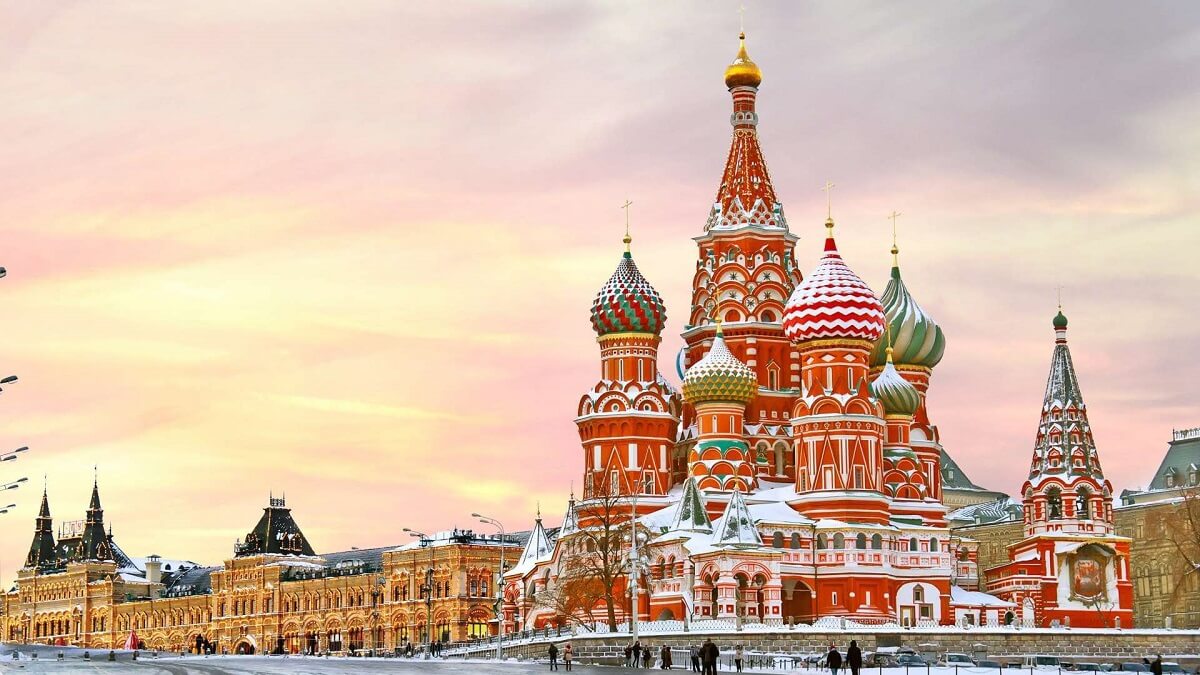 Even Lenin mausoleum during this period looks cheerfully. Thers been a discussion of moving Lenin’s body from Red Square, but still it is in the same place, to see for free from 11am to 13 hours.

Red and Pushkin Square are one metro station away, or walk along Tverskaya  Boulevard. Along the boulevard dotted with small squares, there is a bookstore (which is always crowded) and the famous Eliseevsky shop where delicacies like caviar are selling since 1901. 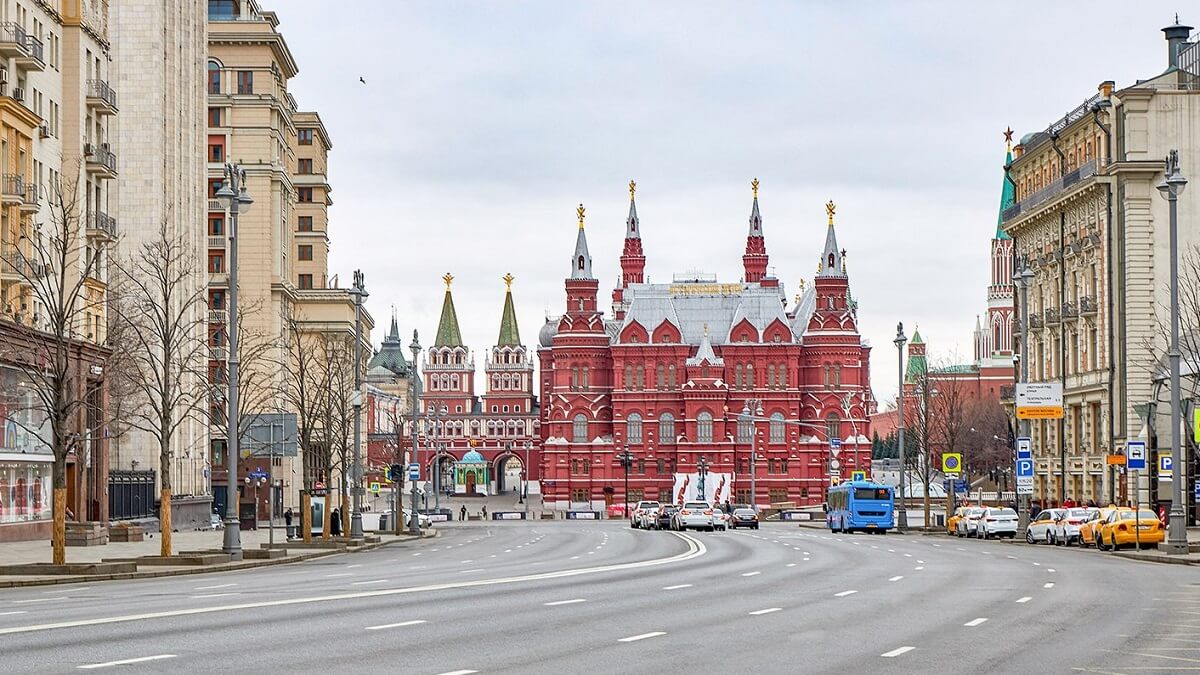 One of the famous symbols of the capital is poet Alexander Pushkin,  his seductive and  dreamy gaze, whose life was interrupted by the “romantic” duel. Pushkin became famous in St. Petersburg, but the father of modern Russian literature married Natalia Goncharov. A monument depicting Pushkin and his wife is a tourist attraction, its market is a favorite promenade, his house was extremely well visited museum, and “Pushkin cafe” tastiest place in town. Fans of Mikhail Bulgakov can visit his home, which is the same apartment in which occurs the action of the novel “The Master and Margarita”. The legendary “Pushkin Restaurant” is open 24 hours a day, and is especially popular in the morning, when the hungover guests order bline breakfast with caviar. Not even poet did not like cakes decorated with gold, serving in the cafe, but bline (pancakes). The most important Russian breakfast is warm sweet kasha”zgusconkom” and with porridge. Winter Russian cuisine is rich in salads, pickle and soups. Traditional desserts are baked apples. 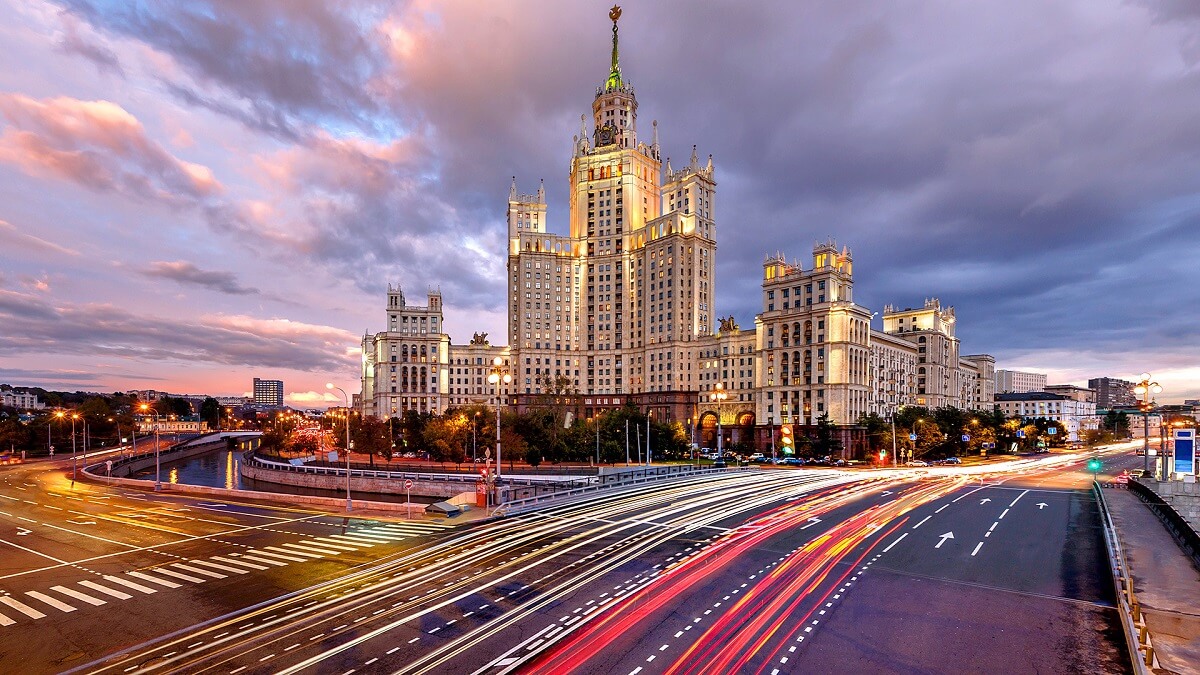 Moscow has about 200 museums and it is difficult to decide in which order you should enter, because each is of great importance and keeps valuable items.You can visit the fantastic natural history museums dedicated to paleontology, ice age, or Darwin. Priceless treasures of gold and precious stones that were used by Russian emperors kept in the armed palace within the walls of the Kremlin. The Russian capital is all spacious and immense, from the boulevard to the building. Moscow’s skyline is largely defined by the seven towering skyscrapers nicknamed “The Seven Sisters” which is raised by Stalin. 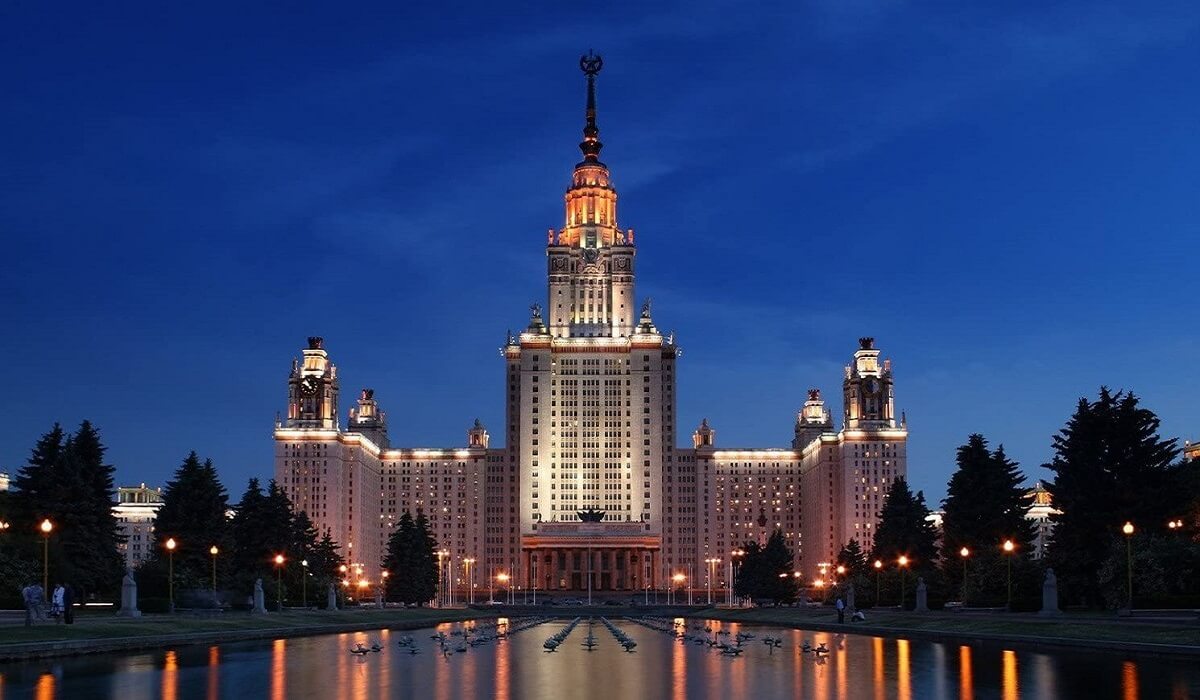 The oldest Russian University “Lomonosov” in the sparrow hills is precisely in such a building. Anyone who went up with elevator on the 33th floor of the Univercity, can look at the progress of arranging the stadium for the football championship, which will be, among other Russian cities, held in Moscow in 2018. From the top of “Lomonosov” in the distance you can see the Temple of Christ the Savior cathedral whose construction began as soon as the last soldier of Napoleon left Moscow. It was demolished by the communists , a public swimming pool was built on the site.

The temple was rebuilt according to old drawings and photographs in 2000. Golden dome shines on minus 17 degrees the same. 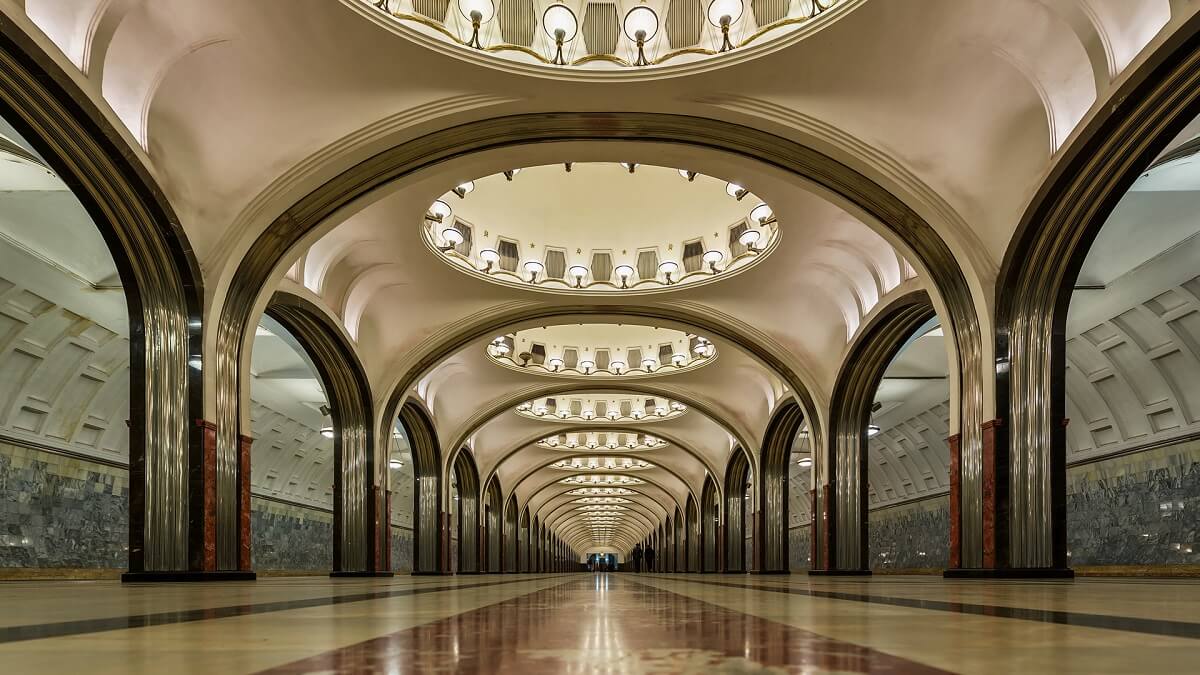 Cleanliness and metro impress every tourist. Namely, in Moscow there is no trash, pieces of paper, or cigarette buds on the ground.  However, the metro system, which daily transports more passengers than London and New York together – deserves special admiration. Moscow metro transports daily nine million passengers, 9,000 rides trains run, and if you miss one – do not despair. Next comes in half a minute! Each station is a work of art and an example of perfect efficiency. A special attraction of the metro are older women, strongly built and dressed in uniform, sitting in glass houses at the bottom of the escalator and they are very useful for tourists who get lost! 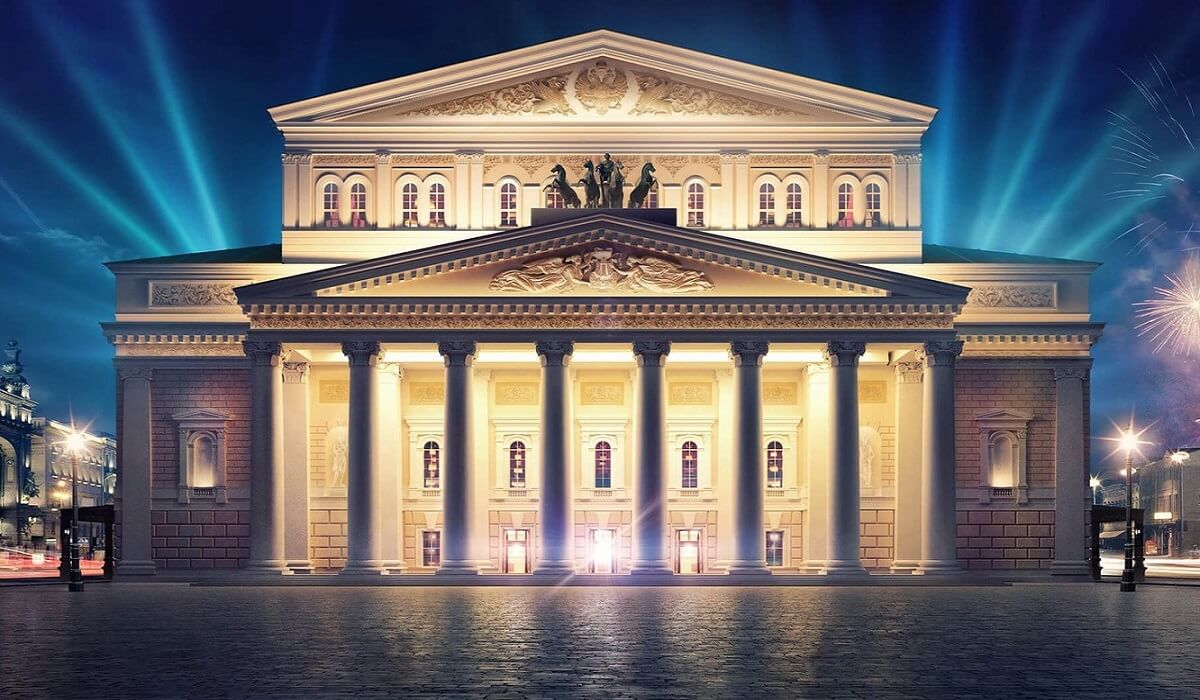 All the performances are carried out every night, even in the New Year’s Eve, operas and one ballet performances, and tickets are sold at least a month in advance.

Bolshoi Theatre was opened in 1825 and has recently been completely renovated. Theater shines in all its glory thanks to a magnificent crystal-gold chandelier. It weighs about 2 tons and is 6.5 meters in diameter.