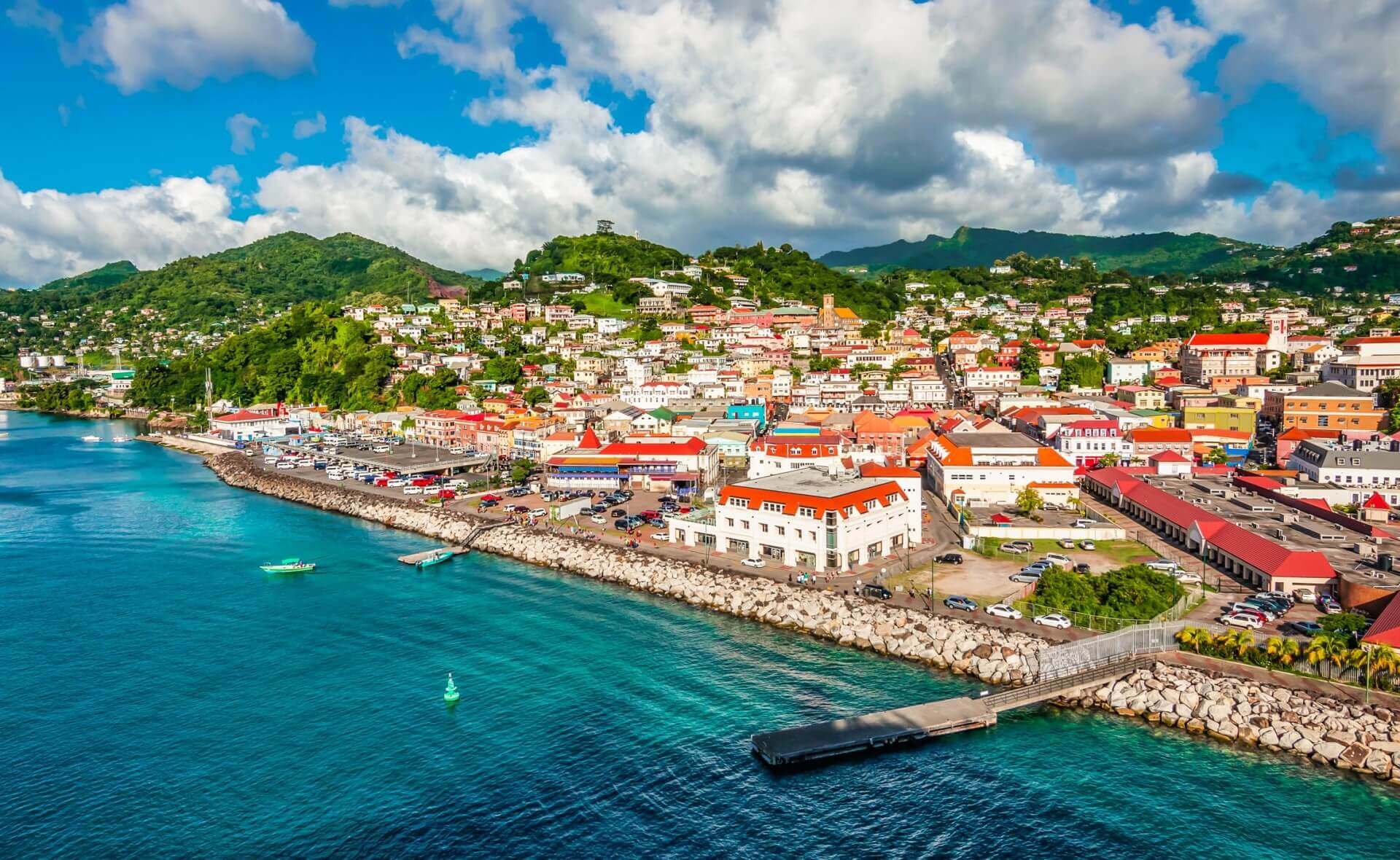 Grenada is an island nation in the southeastern Caribbean Sea. It consists of Grenada and six other islands near the southern end of the Grenadines. Grenada borders Trinidad and Tobago to the northwest, Venezuela to the northeast, and Saint Vincent and the Grenadines to the southwest.

Grenada is also known as the “Island of Spice” due to its huge exports of nutmeg and mace. It has an area of 344 square kilometers (133 square miles) and is home to an estimated population of 110,000. St. George’s is the capital. The Grenada dove is the country’s official bird. It is severely endangered.

Grenada is the largest island in the Grenadines. The smaller islands are Carriacou, Petit Martinique, Ronde Island, Caille Island, Diamond Island, Large Island, Saline Island and Frigate Island. Most of the population lives in Grenada, where the main towns are the capital, St. George’s, Grenville and Gouyave. The largest settlement on the other islands is Hillsborough on Carriacou.

The islands are of volcanic origin with extremely fertile soil. The interior of Grenada is very mountainous, with Mount St. Catherine being the highest at 840 metres. Several small rivers with beautiful waterfalls flow into the sea from these mountains.

The majority of Grenadian citizens (82%) are descendants of African slaves brought by the British and French; few of the indigenous Carib and Arawak populations survived the French purge in Sauteurs. A small percentage of descendants of Indian indentured labourers were brought to Grenada between 1 May 1857 and 10 January 1885, mainly from the northern Indian states of Bihar and Uttar Pradesh. Today, Grenadians of Indian origin are the second largest ethnic group. There is also a small community of French and English descendants. The rest of the population is of mixed descent (13 %).

Grenada, like many Caribbean islands, is subject to high levels of out-migration, with many young people wanting to leave the island to seek a life elsewhere. With 110,000 people living in Grenada, estimates and census data suggest that there are at least as many Grenadian-born people in other parts of the Caribbean (such as Barbados and Trinidad) and at least as many in first world countries. Popular migration points for Grenadians further north are New York, Toronto, Britain (especially London and Yorkshire; see Grenadians in Britain) and sometimes Montreal, or as far south as Australia. This means that about a third of those born in Grenada still live there.

The official language, English, is used by the government, but Grenadian Creole is considered the lingua franca of the island. French Patois (Antillean Creole) is also spoken by about 10-20% of the population. Some Hindi/Bhojpuri expressions are still spoken among Indian descendants, mainly those related to cooking, such as aloo, geera, karela, seim, chownkay and baylay. The term bhai, which means “brother” in Urdu and Hindi, is a common form of greeting between Indian-Grenadian men of equal rank.

The following statistics are taken from the World Factbook

Economic progress under fiscal reforms and prudent macroeconomic management has raised annual growth to 5-6% in 1998-99; increased economic activity has been led by construction and trade. Tourism facilities are being expanded; tourism is the main source of foreign exchange. In the short term, the main concerns are the widening fiscal deficit and deteriorating external balance. Grenada shares a common central bank and a common currency (the Eastern Caribbean dollar) with seven other members of the Organisation of Eastern Caribbean States (OECS).

Grenada is a leading producer of many different spices. Cinnamon, cloves, ginger, mace, allspice, orange and citrus peel, wild coffee used by the locals and especially nutmeg, which accounts for 20% of world production, are important exports. Grenada is the second largest nutmeg producer in the world (after Indonesia), with nutmeg featured on Grenada’s flag.

Tourism is Grenada’s most important economic force. Conventional beach and water sports tourism is largely concentrated in the southwestern region, around St. George, the airport and the coastal strip. Ecotourism is becoming increasingly important. Most of the small eco-friendly guesthouses are located in the communities of Saint David and Saint John. The tourism industry is growing dramatically with the construction of a large cruise ship pier and plaza. Up to four cruise ships per day visited St. George during the 2007-2008 cruise season.

St George’s University has grown rapidly in recent years and has a major economic impact, especially in the southern parts of the island. Although some of the approximately 5,000 students are from Grenada, including many undergraduate students, and many medical students rotate off-island, the majority of students come from other countries and bring significant income to the island during their studies. St George’s University is one of the largest employers on the island and students patronise many landlords and other off-campus businesses.

The Grenada Chocolate Company is a pioneer in the cultivation of organic cocoa, which is also processed into finished bars.

Tourism is concentrated in the southwest of the island, around St. George, Grand Anse, Lance Aux Epines and Point Salines. Grenada has many idyllic beaches along its coastline, including the 3 km long Grand Anse Beach in St. George, which is considered one of the most beautiful beaches in the world and is often listed in the top ten beaches in the world. Besides these excellent beaches, the waterfalls are Grenada’s most popular tourist attractions. The closest is Annandale Waterfall, but others such as Mt. Carmel, Concord, Seven Sisters and Tufton Hall are easily accessible.

Maurice Bishop International Airport offers flights to other Caribbean islands, the United States, Canada and Europe. There is a daily fast ferry service between St George and Hillsborough.

A valid passport and a return or onward ticket are required. Citizens of the United States, Canada, the United Kingdom and its dependencies, British Commonwealth countries, Caribbean countries (except Cuba), Venezuela, European Union countries and their dependencies, Norway, Japan, Israel and Russia do not require a visa.Allowances - Personal...