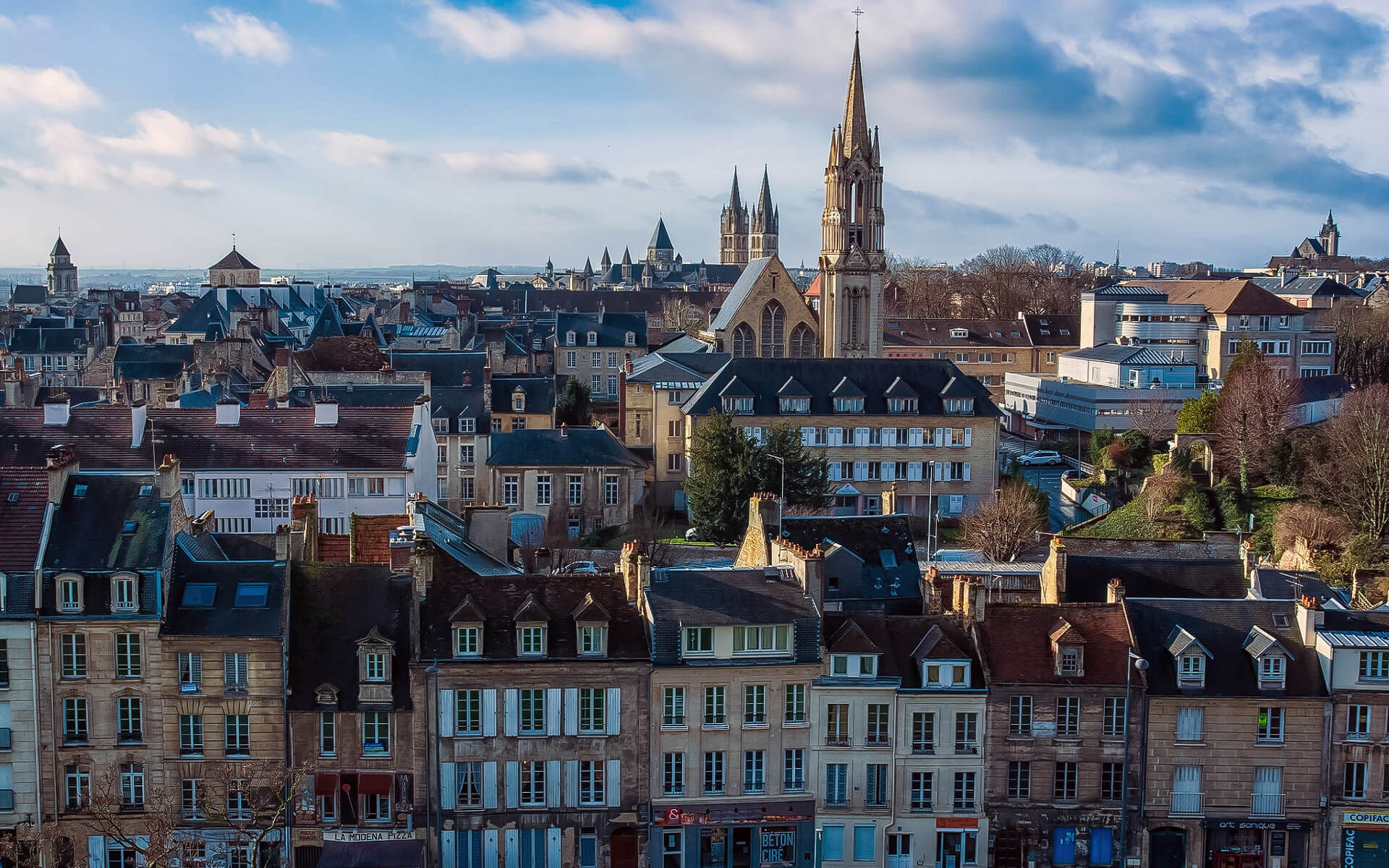 Caen is a commune in France’s northwestern region. It is the Calvados department’s prefecture. Caen is the biggest city in old Lower Normandy, with a population of 108,365 (as of 2012) and a population of 420,000 in its metropolitan area. It is also the second biggest municipality in Normandy, behind Le Havre, and the third largest city proper in Normandy, following Rouen and Le Havre. Caen’s metropolitan area, in turn, is the second biggest in Normandy after Rouen’s, and the 21st largest in France.

It lies 15 kilometers (9.3 miles) inland from the English Channel, two hours north-west of Paris, and is linked to the south of England by the Caen-(Ouistreham)-Portsmouth ferry route. Caen is a center of political, economic, and cultural influence in the region’s northern hemisphere. Caen, located a few miles from the coast, the landing beaches, the lively resorts of Deauville and Cabourg, Norman Switzerland, and Pays d’Auge, is generally seen as the Normandy archetype.

Caen is famous for its historical structures constructed during the time of William the Conqueror, who was buried there, and for the Battle for Caen—heavy combat that occurred in and around Caen during the Battle of Normandy in 1944, devastating most of the city. The city has since maintained the legacy by establishing the Memorial de Caen, a memorial and museum devoted to peace.

Caen is a college town, thus it is quite bustling. It is a modern city, with four-fifths of it destroyed in 1944 and rebuilt in the 1950s and 1960s. However, some historic structures, particularly churches, have survived.

Tourists (mostly British and German) flock to Normandy in the summer to see the Second World War monuments and the Memorial for Peace. Caen is an ideal starting point for trips to the D-Day beaches.

Many travel companies provide guided excursions to the fighting locations from Caen or Bayeux, and the Memorial for Peace offers half-day tours of the landing beaches.

Caen has an oceanic climate that is significantly milder because to its inland location. Despite this, summers are still cold by French standards, and the climate is characteristic of a marine climate in terms of significant precipitation, low sunlight hours, and mild winters.

Caen is located in a humid region. The Orne River runs through the city, as do other tiny rivers known as les Odons, the majority of which have been buried under the city to enhance urban sanitation.

Caen lies around 10 kilometers (6 miles) from the Channel. During Napoleon III’s rule, a canal (Canal de Caen à la Mer) parallel to the Orne was constructed to connect the city to the sea at all times. The canal connects with the English Channel in Ouistreham. A lock keeps the tide out of the canal and allows huge ships to cruise up to Caen’s freshwater harbours.

Caen is the headquarters of the agricultural and food-processing cooperative Agrial. With the support of its 12,000 workers and all of its partners, Agrial Group produces vegetables, cider apples, milk, poultry, and meat.