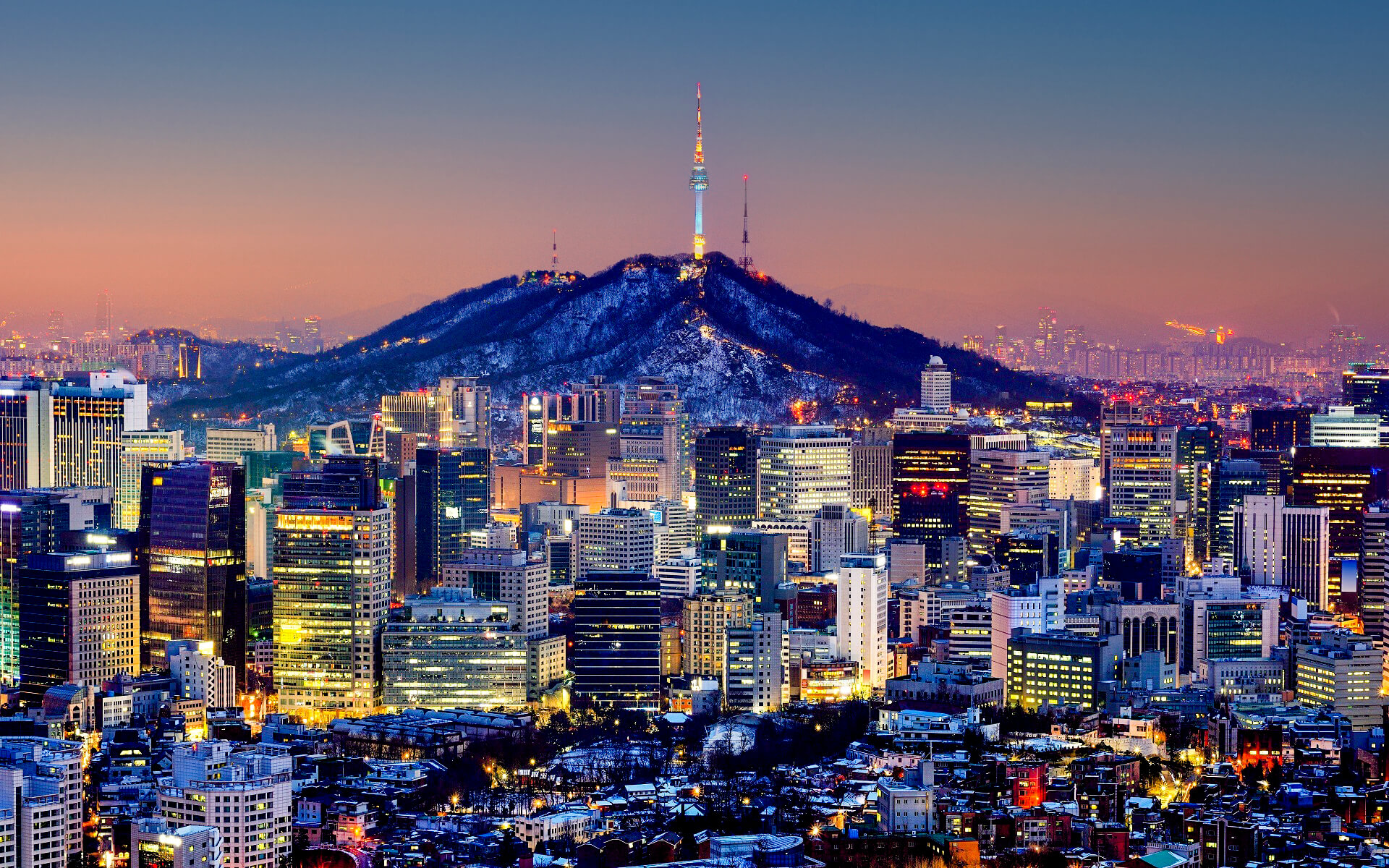 Seoul, located on the Han River, has a history that dates back more than two thousand years, when it was built in 18 BCE by Baekje, one of Korea’s Three Kingdoms. During the Joseon Dynasty, it remained the capital of Korea. Changdeok Palace, Hwaseong Fortress, Jongmyo Shrine, Namhansanseong, and the Royal Tombs of the Joseon Dynasty are all UNESCO World Heritage Sites in the Seoul Capital Area.

Today, Seoul is regarded as a leading and emerging global metropolis as a consequence of the Miracle on the Han River, which converted it into the world’s fourth biggest metropolitan economy with a GDP of US$845.9 billion in 2014, behind only Tokyo, New York City, and Los Angeles.

With a population of over 10 million people, which more than doubles when nearby towns and suburbs are included, Seoul is South Korea’s biggest metropolis and clearly the country’s economic, political, and cultural core. According to some estimates, it is the world’s second biggest metropolitan agglomeration, behind Greater Tokyo.

Following the rise of Korean pop culture, Seoul has been a favorite among visitors from China, Japan, and Southeast Asia in recent years. Travelers will regularly overhear Japanese, Mandarin, or Cantonese; many restaurants and establishments, particularly in more touristic districts like Myeongdong, will have signage in Japanese, Chinese, Korean, and English. However, despite its popularity among Asians, this tourism destination is still relatively obscure in the West and is typically bypassed by Westerners in favor of neighboring Shanghai, Tokyo, Beijing, and Hong Kong.

The visitor who does come, on the other hand, will not be disappointed. This huge city is actually large; although a casual tourist might see most of the major attractions in a few days, a devoted traveler could spend months exploring all the passageways and outlying areas. Seoul, being the capital of a nation that has seen significant growth over the last sixty years, is continually changing at an astonishing rate, rivaled only by mainland Chinese cities. This frenetic pace of life can be seen in Seoul’s cutting-edge digital technology, the millions of commuters rushing to work every day in the world’s third largest subway system, one of the world’s most vibrant nightlife scenes, and the thousands of high rises and apartment buildings still under construction.

While Seoul is best recognized today as a super-modern mega-city filled with skyscrapers, shops, and millions of electronic-obsessed Koreans, the city has a history dating back over 2,000 years. The city has four UNESCO World Heritage Sites commemorating significant monuments during its 505 years as the Joseon Dynasty’s capital. It was a walled city with 20-foot stone walls and small pathways within until recently. Despite the fact that many buildings were destroyed or damaged during the tumultuous events of the first half of the twentieth century, most of the city’s historic centre has survived. As a result, everyone visiting Seoul should take advantage of the city’s numerous historical treasures, such as the various palaces and city gates in the Jongno area.

South Korea is becoming a popular shopping destination for Chinese and Japanese tourists, with several duty-free stores in Seoul. Major credit cards, as well as Korean Won, Japanese Yen, and US currencies, are accepted. The majority of stores have employees that are fluent in Japanese. Duty-free shops may be found at both the Incheon airport and the big department stores: Lotte and Shilla Hotel. Other duty-free stores may be found in Walkerhill Hotel and SKM DFS in COEX Mall.

The climate in Seoul is humid continental.

Summers are often hot and humid, with the East Asian monsoon occurring from June to September. August, the hottest month, with an average temperature of 22.4 to 29.6 degrees Celsius (72 to 85 degrees Fahrenheit), with greater temperatures conceivable.

Seoul is located in the northwest corner of South Korea. Seoul proper is 605.25 km2 in size, with a radius of around 15 km (9 mi), and is roughly divided into northern and southern half by the Han River. The Han River and its environs were significant in Korean history. The Three Kingdoms of Korea fought for control of this territory, where the river served as a commerce route to China (via the Yellow Sea). The river is no longer actively utilized for navigation since its estuary is on the boundary between the two Koreas, where civilian access is prohibited.

The city is surrounded by eight mountains, as well as the flatter regions of the Han River plain and western sections. Seoul is a fairly polycentric city due to its location and economic growth plans. The historical and political hub of the city is the region that was the former capital during the Joseon Dynasty and consists mostly of Jongno District and Jung District. However, Yeouido is largely regarded as the city’s financial center, while Gangnam District is widely regarded as its economic hub.

Traditional, labor-intensive manufacturing businesses have been being supplanted by information technology, electronics, and assembly-type industries; nevertheless, food and beverage production, as well as printing and publishing, have remained key industries. The city is home to major firms like as Samsung, LG, Hyundai, Kia, and SK. Notable food and beverage firms include Jinro, whose soju is the world’s most popular alcoholic drink, surpassing Smirnoff vodka, as well as Hite (merged with Jinro) and Oriental Brewery. It also houses food conglomerates such as Seoul Dairy Cooperative, Nongshim Group, and Lotte.

Seoul is home to a huge concentration of international company and bank headquarters, including 15 Fortune 500 corporations such as Samsung, LG, and Hyundai. The majority of bank headquarters and the Korea Exchange are situated on Yeouido (Yeoui island), which is frequently referred to as “Korea’s Wall Street” and has served as the city’s financial hub since the 1980s.

Insadong is Seoul’s cultural art market, selling traditional and contemporary Korean artworks such as paintings, sculptures, and calligraphy. Antiques may also be found in Hwanghak-dong Flea Market and Janganpyeong Antique Market. In Samcheong-dong, where there are several tiny art galleries, some boutiques for local designers have established. Itaewon mostly serves international visitors and American servicemen stationed in the city. The Gangnam district is one of Seoul’s most wealthy regions, known for the trendy and expensive Apgujeong-dong and Cheongdam-dong neighbourhoods, as well as the COEX Mall. Noryangjin Fisheries Wholesale Market and Garak Market are two wholesale marketplaces. The Yongsan Electronics Market is Asia’s biggest electronic market.

Times Square is one of Seoul’s major commercial malls and home to the world’s largest permanent 35 mm movie screen, the CGV Starium.

The majority of them have printers at the front desk. These establishments mostly appeal to gamers, which translates to fairly fast computers, loud sound systems, and wide displays. Most PC rooms have designated smoking areas. The machines typically run a Korean version of Windows XP and Internet Explorer.

Console gaming (Xbox 360, PS3) is readily accessible, and those fluent in Korean may be able to enjoy a round of online gaming as well; the fantasy MMORPG Lineage was established in Korea, and a deluge of MMORPG games not available elsewhere may be found here.

Post offices may be found almost everywhere in Seoul, albeit many are concealed along tiny streets and alleyways. If there is no post office nearby, it is a good idea to go to university (every university has its own post office in it). The postal emblem of Korea is orange and white. It’s seen on post office signage. On Saturdays, Sundays, and other holidays, certain post offices are open (postal service only). The majority of post offices offer boxes and packaging supplies. Even the smallest offices usually have at least one English-speaking employee.