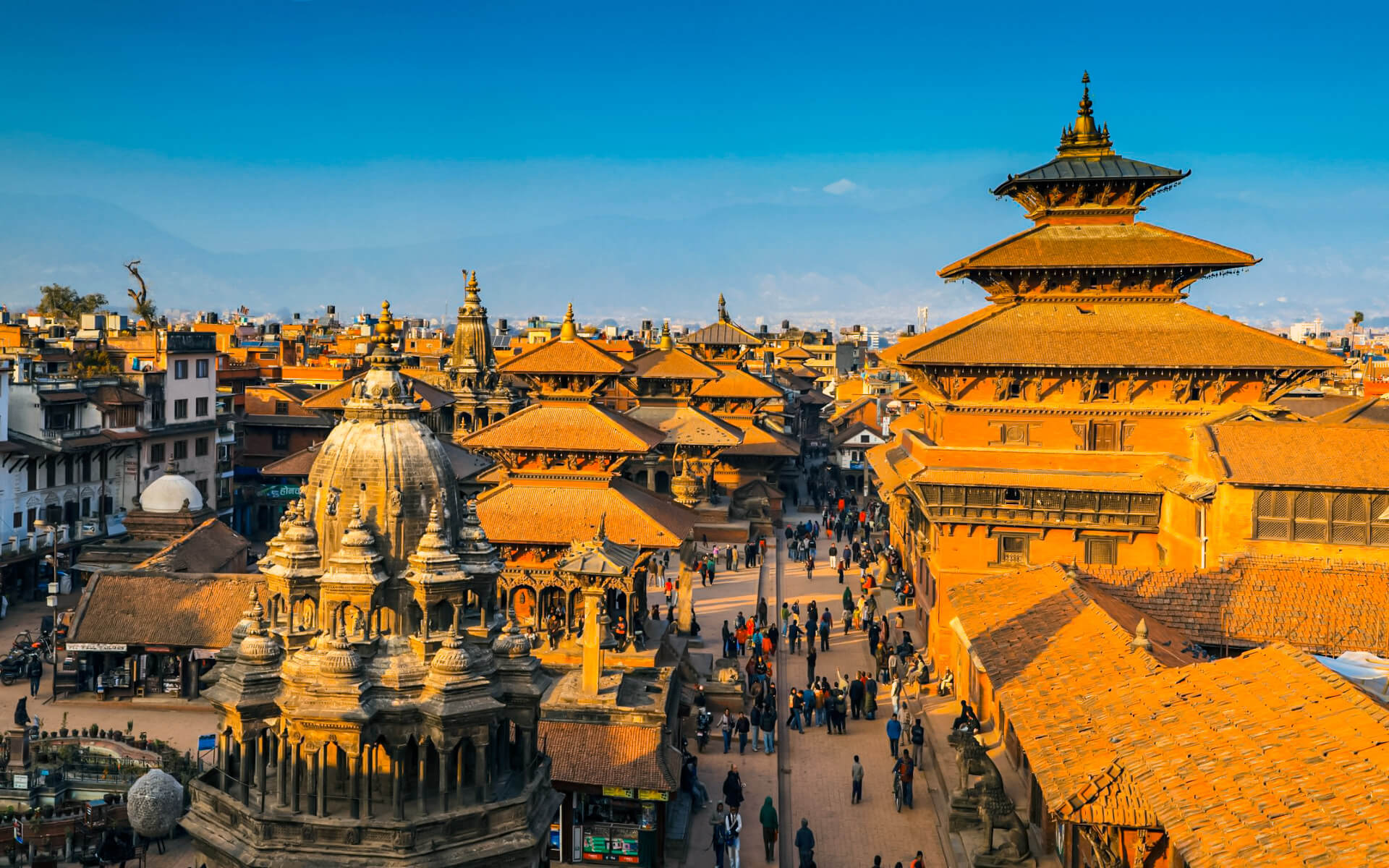 Kathmandu is Nepal’s capital and biggest municipality. Kathmandu Metropolitan City has a population of 975,453 people and covers an area of 49.45 square kilometers (19.09 sq mi).

The city is located in central Nepal’s bowl-shaped Kathmandu Valley at a height of around 1,400 metres (4,600 feet).

Kathmandu is Nepal’s tourist capital. It is also the country’s economic center. It boasts the most modern infrastructure of any Nepalese city, and its economy is centered on tourism. Following that, tourism in Kathmandu decreased during a time of political upheaval, but has subsequently recovered.

According to inscriptions discovered in the valley, the city has a rich history dating back over 2000 years. Religious and cultural celebrations play an important role in the life of Kathmandu residents. The majority of Kathmandu’s population practices Hinduism, although many others practice Buddhism. Other religious faiths are represented, giving Kathmandu a multicultural culture.

With hundreds of thousands of tourists each year, tourism is a primary source of income for the majority of the city’s residents. Pilgrims from all over the globe visit Kathmandu’s sacred attractions, which include Pashupatinath, Swayambhunath, Boudhanath, and Budhanilkantha. The number of visitors increased from 6,179 in 1961/62 to 491,504 in 1999/2000. Following the conclusion of the Maoist insurgency, there was a considerable increase in tourist arrivals of 509,956 in 2009. Tourism has improved since then, as the nation has transitioned to a Democratic Republic. In economic terms, foreign currency accounted for 3.8 percent of GDP in 1995/96 before falling. The Himalayas’ natural majesty and the country’s rich cultural legacy are credited with the high level of tourism.

Thamel is Kathmandu’s main “traveller’s ghetto,” with a plethora of guest accommodations, eateries, shops, and bookshops catered to travelers. Jhamel, a name for Jhamsikhel that rhymes with Thamel, is another famous neighborhood. Jhochhen Tol, also known as Freak Street, is Kathmandu’s original traveler’s haunt, popularized by hippies in the 1960s and 1970s and now a popular alternative to Thamel. Asan, a market and ceremonial plaza on the ancient trade route to Tibet, is an excellent example of a traditional neighborhood.

The hotel sector developed dramatically with the liberalization of the tourism industry after the shift in Nepal’s political landscape in 1950.

This zone is followed by the Cool Temperate Zone, which has an elevation range of 2,100–3,300 meters (6,900–10,800 feet). Lower-elevation parts of the city have a humid subtropical climate, whereas higher-elevation parts of the city have a subtropical highland climate. The typical summer temperature in Kathmandu Valley is between 28 and 30 degrees Celsius (82 and 86 degrees Fahrenheit). The average winter temperature is 10.1 degrees Celsius (50.2 degrees Fahrenheit).

The city’s temperature is typically warm during the day, followed by chilly evenings and mornings. Temperatures can drop to 3 °C (37 °F) during the winter, resulting in unpredictable weather.

Rainfall is mostly monsoon-based (about 65 percent of total concentrated during the monsoon months of June to August) and drops significantly (100 to 200 cm (39 to 79 in)) from eastern Nepal to western Nepal.

Kathmandu is 50.67 square kilometers in size and is situated in the northwestern section of the Kathmandu Valley, north of the Bagmati River (19.56 sq mi). The elevation is 1,400 meters (4,600 feet) above sea level on average.

The city is immediately flanked by many other Kathmandu valley municipalities: south of the Bagmati by Lalitpur Sub-Metropolitan City (Patan), with which it now forms one urban area enclosed by a ring road, southwest by Kirtipur Municipality, and east by Madyapur Thimi Municipality. The urban area stretches to the north into multiple Village Development Committees. However, the urban agglomeration spreads well beyond the adjacent municipalities, for example, to Bhaktapur, and almost completely fills the Kathmandu valley.

The major river of the valley, the Bagmati, and its tributaries, the Bishnumati, Dhobi Khola, Manohara Khola, Hanumant Khola, and Tukucha Khola, cut through Kathmandu. The mountains from which these rivers flow have elevations ranging from 1,500 to 3,000 meters (4,900–9,800 feet) and have passes that enable access to and from Kathmandu and its valley.

Kathmandu and its valley are located in the Deciduous Monsoon Forest Zone (height range: 1,200–2,100 metres (3,900–6,900 ft), one of Nepal’s five vegetation zones. The most common tree species in this zone include oak, elm, beech, maple, and others, with coniferous trees growing further up.

Kathmandu’s location and geography have played an important part in the creation of a stable economy that spans millennia. The city is situated in a historic lake basin, surrounded by rich farmland and level terrain. This topography aided in the formation of an agricultural civilization. This, paired with Kathmandu’s position between India and China, aided in the city’s long-term development as an important commerce hub.

Kathmandu is Nepal’s most major industrial and commercial hub. Kathmandu is home to the Nepal Stock Exchange, the national bank’s headquarters, the chamber of commerce, as well as the headquarters of national and international banks, telecommunications firms, the power authority, and a variety of other national and international institutions. The New Road, Durbar Marg, Ason, and Putalisadak are the important economic centres.

The metropolitan area’s economic production alone is worth more than one-third of the national GDP. Kathmandu exports handicrafts, artworks, clothes, carpets, pashmina, and paper, accounting for 21% of its total revenue. Manufacturing is also significant, accounting for 19 percent of Kathmandu’s income. The most significant manufacturing goods are garments and woolen carpets. Agriculture (9%), education (6%), transportation (6%), and hotels and restaurants (6%), are the other economic sectors of Kathmandu (5 percent ). Kathmandu is well-known for its lokta paper and pashmina shawls.

Customers may use free Wi-Fi at most cafés and restaurants in tourist regions. In Thamel and around the stupa at Boudha, computer/internet rentals are virtually packed on top of one other. You can surf all you want for roughly 15NPR to 20NPR each hour (10NPR in Putalisadak). Though insufficient for video conferencing, the 128-256kbit/s NTC backbone often utilized by cafés is certainly than enough for VOIP telephony. Please refrain from downloading anything huge since most connections are restricted. Almost all internet cafés provide ISD and STD telephone services. In most tourist destinations, services such as Skype are accessible.