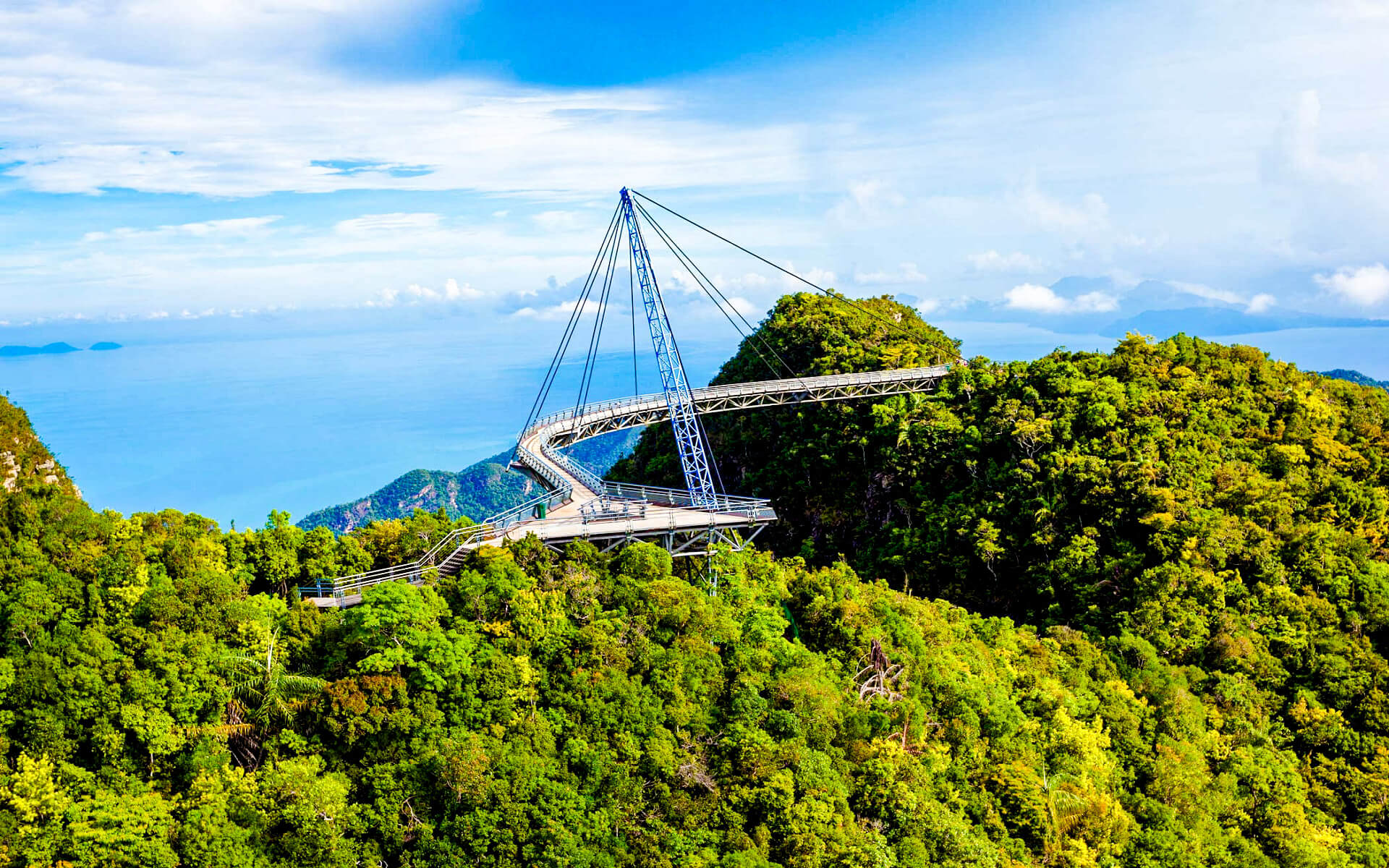 Langkawi, formally known as Langkawi, the Jewel of Kedah (Malay: Langkawi Permata Kedah), is an archipelago of 99 islands in the Andaman Sea, some 30 kilometers off the mainland coast of northern Malaysia. The islands are part of the Malaysian state of Kedah, which borders Thailand. In connection with his Golden Jubilee Celebration in 2008, Sultan Abdul Halim of Kedah agreed to the name change to Langkawi Permata Kedah. The namesake Pulau Langkawi is by far the biggest of the islands, with a population of over 65000 people; the only other inhabited island is adjacent Pulau Tuba. Langkawi is also an administrative district, with Kuah serving as the capital and major city. Langkawi is a duty-free destination.

Langkawi’s UNESCO Global Geopark designation was due for renewal in 2015, and after a comprehensive examination by the designated Geopark Inspectors, Langkawi was given the Certificate of Membership called the Green Card by Asia Pacific Geoparks Network, which is affiliated with the Global Geopark Network (GGN).

There are two primary island areas: the Southern Islands, which have a higher tourist population, and the islands to the north and east, which are more remote and have less tourist traffic. Langun Island contains a fresh-water lake similar to Pregnant Maiden Lake, but without the visitors, and it has Sand Spit Beach on its south-facing side. Dendang Island, which is nearby, creates a harbor that is popular with Langkawi sailing boat trip companies who enjoy the area’s natural beauty and serenity.

Pantai Cenang, Pantai Tengah, Burau Bay, Pantai Kok, and Datai Bay are among the most popular beaches. Pantai Cenang is a beautiful beach with stretches of excellent white sand. It boasts a plethora of restaurants and pubs for nighttime entertainment, including some that have live music and allow you to watch the sun set. Tall coconut and casuarina trees flank the shore. A tiny cape separates Pantai Tengah from Cenang. It, too, faces the sinking sun and is dominated by hotels rather than taverns, making it less crowded in the evening. Burau Bay, which is surrounded by rocky outcrops, is a popular stop for migrating birds in Langkawi. Pantai Kok is a peaceful beach with limestone hills in the background. Datai Bay combines forest and water, with a beautiful sandy beach bordered by thick vegetation.

Every year, Langkawi gets more than 2,400 mm (94 in) of rain. Langkawi has a real dry season from December to February, with a lengthy rainy season from March to November. September is the wettest month, with average rainfall of more than 500 mm (20 in).

Langkawi, a cluster of 99 islands separated from mainland Malaysia by the Malacca Strait, is a district of the Malaysian state of Kedah, located around 51 kilometers west of Kedah. The islands’ total land area is 47,848 hectares. The main island is about 25 kilometers long from north to south and somewhat longer from east to west. Flat, alluvial plains with limestone ridges characterize the coastal regions. Mountain ranges, hills, and natural vegetation encompass two-thirds of the island.

Gunung Matchincang, the island’s oldest geological feature, was the first area of South-East Asia to emerge from the seabed more than half a billion years ago during the Cambrian epoch. The oldest section of the formation may be seen in Teluk Datai, located to the north-west of the island, where the exposed outcrop is mostly sandstone (quartzite) in the higher parts and shale and mudstone in the lower parts of the sequence.

With the natural, untouched, biological beauty of the island and substantial governmental attention, an agro-based economy of padi and rubber farming and fishing is quickly being surpassed by a tourism-driven industry.

Mobile phone coverage is excellent across Langkawi’s built-up neighborhoods. There are several low-cost pre-paid phone and data options available. Recharge cards are widely accessible, with the exception of the extremely inexpensive TuneTalk, which is more difficult to locate, and SIM cards are nearly non-existent. It is advisable to purchase this back in LLCT, where there is no commission on the SIM. On Pantai Cenang and Pantai Tengah, full reception and respectable data speeds may be obtained on the beach and inside the resorts.

Kuah Town is home to the major post office. Padang Mat Sirat has a few little post offices. Pantai Cenang does not have a post office, however you may purchase stamps and mail postcards at T Shoppe on the main road. Taman Berlian, Kuah, has a courier service and a Poslaju store.

Broadband is accessible, and there are various Internet cafés along Pantai Tengah, Pantai Cenang, and Kuah. Furthermore, many premium hotels and resorts, as well as numerous eateries, provide complimentary WiFi.