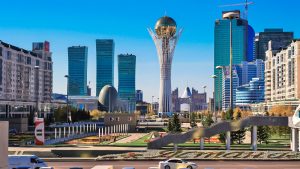 Kazakhstan is somewhat more costly than Uzbekistan, although it is still less expensive than Turkmenistan. A street snack will cost you between USD0.30 and $0.70. In major cities, a night in a dorm costs between USD15 and USD20. A more pleasant double room costs between USD60 and USD80.

Even if you’re not a huge shopper, the wonderfully made felt goods will appeal to you. They are extremely lightweight and cheap to ship.