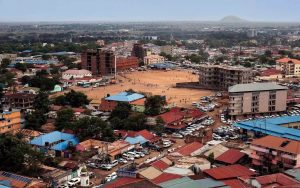 How To Travel To South Sudan

South Sudan’s Nilotic people—the Acholi, Anyuak, Bari, Dinka, Nuer, Shilluk, Kaligi (Arabic Feroghe), Zande, and others—arrived in the country before the 10th century. Tribal migrations, mostly from the region of Bahr el Ghazal, transported the Anyuak Dinka, Nuer, and Shilluk to their current positions in both the Bahr El Ghazal and Upper Nile Regions, while the Acholi and Bari settled in Equatoria. The Azande, Mundu, Avukaya, and Baka, who arrived in South Sudan in the 16th century, founded Equatoria Region, the region’s biggest state.

The Dinka are the biggest ethnic group in South Sudan, followed by the Nuer and Azande, with the Bari coming in fourth. They may be found in the Maridi, Yambio, and Tombura districts of Western Equatoria’s tropical rainforest region, as well as the Adio of Azande client in Yei, Central Equatoria, and Western Bahr el Ghazal. The Avungara clan came to prominence over the rest of Azande society in the 18th century, and this dominance lasted until the 20th. Geographical barriers, such as the swamplands along the White Nile, and the British preference for sending Christian missionaries to the southern regions, such as the Closed District Ordinance of 1922 (see History of Anglo-Egyptian Sudan), aided in preventing the spread of Islam to the southerners, allowing them to retain their social and cultural heritage, as well as their political and religious freedom. The main causes are the long history of British policy favoring development of the Arab north while neglecting the Black south. Following Sudan’s first independent elections in 1958, Khartoum’s persistent neglect of the south (lack of schools, roads, and bridges) sparked riots, revolts, and the continent’s longest civil war. Acholi, Anyuak, Azande, Baka, Balanda Bviri, Bari, Boya, Didinga, Dinka, Jiye, Kaligi(Arabic Faroghe), Kuku, Lotuka, Mundari, Murie, Nilotic, Nuer, Shilluk, Toposa, and Zande are among the peoples as of 2012.

Slavery has been a part of Sudanese society for centuries. The slave trade in the south grew in the nineteenth century and persisted even after the British abolished slavery in most of Sub-Saharan Africa. Annual Sudanese slave raids into non-Muslim lands resulted in the capture of tens of thousands of southern Sudanese and the devastation of the region’s stability and economy.

Because to their monarch Gbudwe’s expansionist strategy in the 18th century, the Azande have had excellent ties with their neighbors, including the Moru, Mundu, Pöjulu, Avukaya, Baka, and minor tribes in Bahr el Ghazal. To preserve their freedom, the Azande battled the French, Belgians, and Mahdists in the nineteenth century. Egypt, under the reign of Khedive Ismail Pasha, tried to govern the area for the first time in the 1870s, creating the province of Equatoria in the south. Egypt’s first governor, Samuel Baker, was appointed in 1869, and he was succeeded by Charles George Gordon in 1874 and Emin Pasha in 1878.

The fledgling province was destabilized by the Mahdist Revolt of the 1880s, and Equatoria ceased to exist as an Egyptian frontier in 1889. Lado, Gondokoro, Dufile, and Wadelai were all important villages in Equatoria. The Fashoda Incident near present-day Kodok brought European colonial maneuverings in the area to a climax in 1898, when Britain and France almost went to war over the territory. The Rajaf Conference to unite North and South Sudan shattered British aspirations of joining South Sudan with Uganda and leaving Western Equatoria as part of the Democratic Republic of Congo in 1947.

South Sudan has an estimated population of 8 million people, although due to the absence of a census in many decades, this figure may be greatly inflated. The economy is mostly rural and based on subsistence farming. Around 2005, the economy started to shift away from its rural dominance, and South Sudan’s metropolitan regions have experienced significant growth.

Since Sudan’s independence, the region has been negatively impacted by two civil wars: from 1955 to 1972, the Sudanese government fought the Anyanya rebel army (Anya-Nya is a term in the Madi language that means’snake venom’) during the First Sudanese Civil War, followed by the Sudan People’s Liberation Army/Movement (SPLA/M) for over twenty years during the Second Sudanese Civil War. As a consequence, the nation suffered from severe neglect, a lack of infrastructure development, and widespread devastation and relocation. Over 2.5 million people have been murdered, and millions more have fled the nation, both within and beyond the country.

A referendum was conducted between the 9th and 15th of January 2011 to decide if South Sudan should become an independent nation and split from Sudan. The vote for independence was won by 98.83 percent of the people. Those residing in the north, as well as expatriates living abroad, voted. South Sudan officially declared independence from Sudan on 9 July, but some issues remained, notably the distribution of oil earnings, since South Sudan holds 75 percent of the former Sudan’s oil reserves. The Abyei area is still contested, and a second vote will be conducted in Abyei to determine whether they want to join Sudan or South Sudan. The South Kordofan war began in June 2011 when the Sudanese Army and the SPLA clashed over the Nuba Mountains.

South Sudan is at war, with at least seven armed groups operating in nine of the country’s ten states, and tens of thousands of people displaced. The warriors accuse the government of planning to remain in power forever, of failing to properly represent and assist all ethnic groups, and of ignoring rural development. The Lord’s Resistance Army (LRA) of Joseph Kony operates across a large region that encompasses South Sudan.

Inter-ethnic fighting is common, and in some instances precedes the struggle for independence. Tribal conflicts in Jonglei erupted in December 2011 between the Nuer White Army of the Lou Nuer and the Murle. The White Army threatened to wipe out the Murle and to attack South Sudanese and UN troops deployed to the Pibor region.

After a battle with Sudanese troops in the South Sudanese state of Unity, South Sudanese forces captured the Heglig oil resources in territories claimed by both Sudan and South Sudan in the province of South Kordofan in March 2012. South Sudan retreated on March 20, and the Sudanese Army took Heglig two days later.

In December 2013, President Kiir and his former deputy, Riek Machar, clashed for political authority, with the president accusing Machar and 10 others of plotting a coup. Fighting erupted, sparking the South Sudanese Civil War. Ugandan soldiers were stationed in South Sudan to fight alongside government forces against the rebels. IGAD negotiated a number of ceasefires between the SPLM and the SPLM – in opposition, which were later violated. In August 2015, a peace deal was reached in Ethiopia under the threat of UN sanctions for both parties. Machar returned to Juba and was named vice president in 2016. Machar was removed as vice-president after a second outbreak of violence in Juba, and he left the country.

The conflict is believed to have killed up to 300,000 people, including noteworthy crimes like as the 2014 Bentiu massacre. Despite the fact that both leaders have followers from beyond South Sudan’s ethnic divisions, following combat has been communal, with rebels targeting Kiir’s Dinka ethnic community and government troops assaulting Nuers. As a consequence of the war, more than 1,000,000 people have been internally displaced inside South Sudan, and over 400,000 have fled to neighboring countries, including Kenya, Sudan, and Uganda.

The administration is supposed to supervise a transition phase leading up to elections in 30 months, which may be a source of future conflict given Machar’s apparent desire to become president and President Salva Kiir’s apparent reluctance to accept it.

How To Travel To South Sudan

By planeThere are no direct commercial flights from outside of Africa at the moment. Most airlines flying into Juba leave from Cairo (Egypt), Addis Ababa (Ethiopia), Entebbe (Uganda), Nairobi (Kenya), and Khartoum (Sudan), from whence you should be able to arrange flights to and from Europe, Asia, or the...

Because South Sudan just recently gained independence, the immigration laws are still subject to modification. They have, however, replaced the previously utilized travel permits with appropriate visas in your passport. Visas cost USD100 and are available at all border checkpoints including Juba International Airport. The duration of the visas...

South Sudan's culture has been significantly impacted by its neighbors as a result of the many years of civil conflict. Many South Sudanese refugees went to Ethiopia, Kenya, and Uganda, where they mingled with locals and acquired their languages and cultures. Most of those who stayed in the nation...

Although the degree of violence has decreased since the country's creation and the conclusion of the civil war, South Sudan remains hazardous for travel due to ceasefire breaches and border disputes. Traveling near the Sudan or Central African Republic borders is very hazardous. Western countries continue to warn against...

How To Travel To Marrakesh