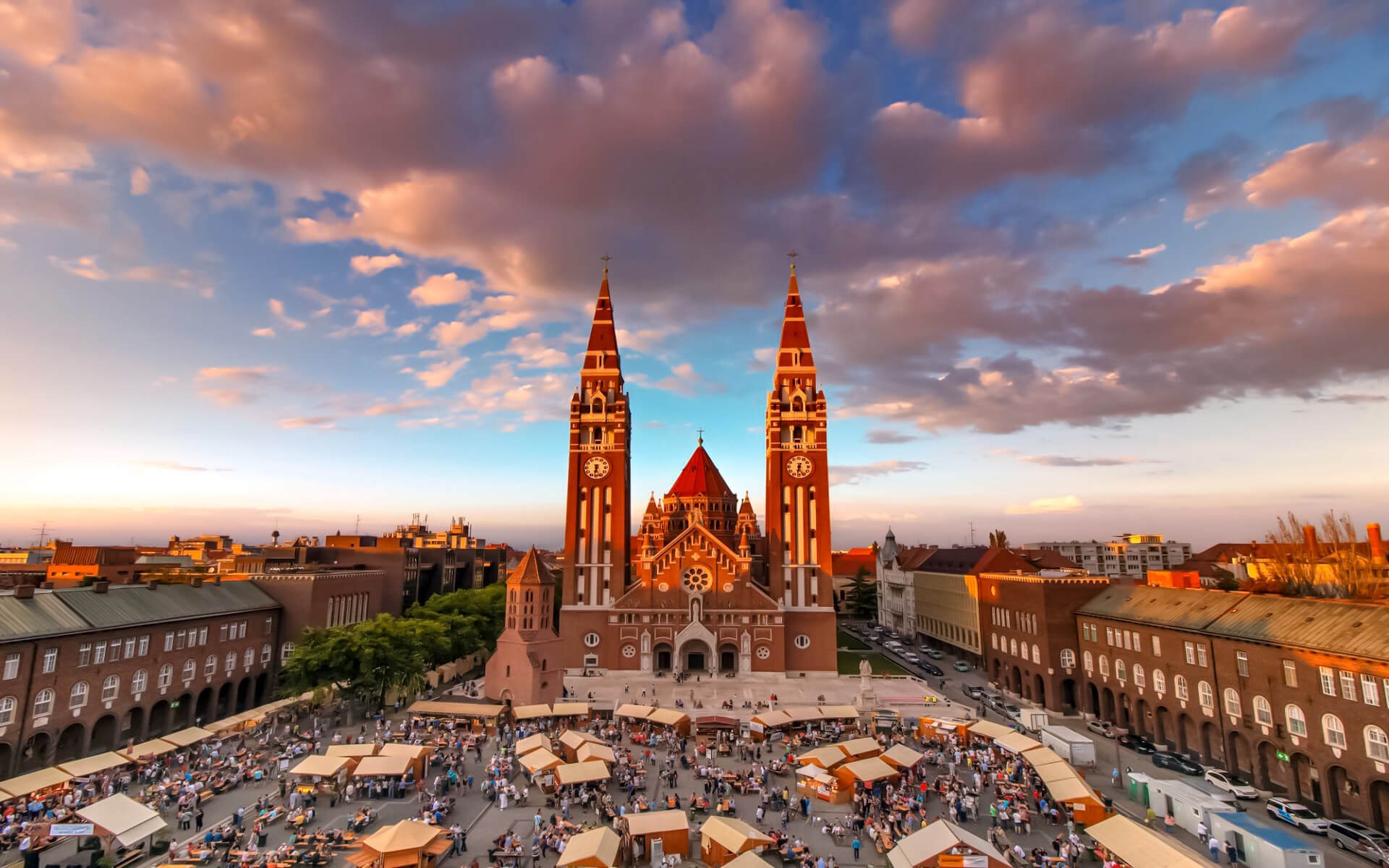 Szeged is Hungary’s third biggest city, the major city and regional center of the Southern Great Plain, and the county seat of Csongrád. The University of Szeged is one of Hungary’s most prestigious institutions.

One of the primary attractions is the renowned Szeged Open Air (Theatre) Festival, which is held every summer and commemorated as City Day on May 21.

Szeged, Hungary’s third-largest city, is a town in Southeast Hungary renowned as “the city of sunshine” for its wonderful weather, as well as for the majestic cathedral, a richness of Art Nouveau and historicist structures, and for the fish soup Halászlé.

Szeged is located on Hungary’s southern-eastern border, just south of the mouth of the Maros River, on both sides of the Tisza River. The M5 route takes you roughly 171 kilometers south of Budapest. It is the city with the lowest elevation in the nation and is renowned as the “City of Sunshine” since it has the most sunny days throughout the year. Szeged is the county seat of Csongrád and serves as the region’s business and cultural hub. According to 2011 figures, the city had a population of roughly 170.000 people.

Summer visitors to Szeged’s Open Air Theatre Festival come from all around Europe. Szeged is also well-known for its cuisine. Its delectable fish soup is famous across the globe, and it even has its own festival in September. The River Tisza, which provides various water activities and boat cruises, is one of Szeged’s primary attractions. Despite its hundreds of years of history, Szeged was rebuilt nearly completely following the flood of 1879, which devastated the majority of the city. Szeged is now one of the most attractive cities in Hungary, with its avenues, ring roads, and stunning palaces.

Szeged is located at Hungary’s southern border, just south of the mouth of the Maros River, on both sides of the Tisza River, and roughly in the heart of the Carpathian Basin. Szeged is commonly referred to as “the city of sunshine” due to the large number of hours of sunlight observed each year.

Szeged is a food industry center in Hungary, well known for its paprika, Székelygulyás, Szegedi Halászlé, and Pick salami.

Herzliya is a prosperous city on Israel’s central coast, in the northern section of the Tel Aviv District, recognized for its vibrant start-up and...
Read more

After Moscow and St. Petersburg, Novosibirsk is Russia’s third most populated city. With a population of 1,473,754 as of the 2010 Census, it is...
Read more

Sierra Leone, formally the Republic of Sierra Leone, is a West African country. It is bounded on the north by Guinea, on the south...
Read more

In the province of Salzburgerland, Saalbach is located. This spectacular ski region is known for its extensive piste network and well-maintained lift system. The...
Read more

Cannes is a city on France’s French Riviera. It is a commune in the region of Alpes-Maritimes in France, and it is the location...
Read more
Tourist attractions